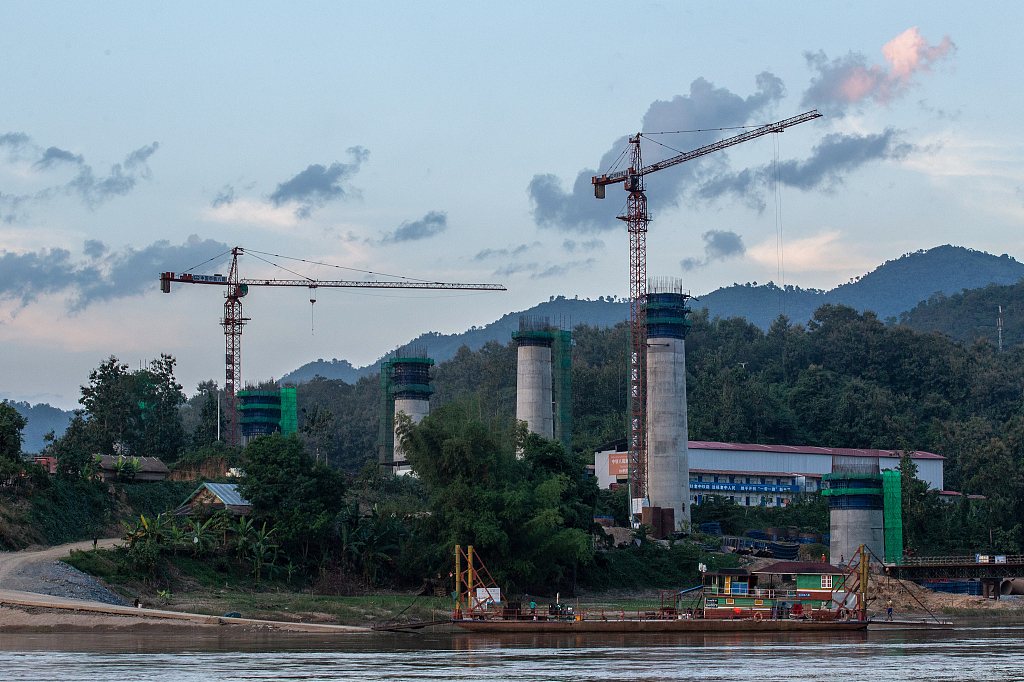 The Ban Ladhan Railway bridge, a section of the China-Laos Railway stands under construction on the Mekong River in Ban Ladhan, Luang Prabang province, Laos, on Thursday, Oct. 18, 2018. (Photo: VCG)

The Chinese company in the mountains of northern Laos recently provided free treatment to more than 600 villagers in five villages along the China-Laos railway, the company told Xinhua on Sunday.

The Sinohydro Bureau 3 project department of the China-Laos Railway is located in the dense forests and deep valleys, with bumpy roads and harsh natural environment. A large number of local villagers suffer from diseases such as rheumatoid arthritis without convenient access to timely medical treatment due to extremely poor medical conditions.

After knowing the situation, the project department communicated with the local government and organized its medical staff to conduct a one-week free clinics in mid-January.

The treatment has addressed the worries of local staff' families and brought the friendship of China to them as well, according to the Sinohydro Bureau 3 project department of the China-Laos railway.

Since the commencing of the China-Laos railway construction in December 2016, the participating Chinese firms have actively involved in poverty alleviation and disaster relief in Laos, such as building roads and bridges for local villagers, supporting local education and donating materials to the poverty-hit families.

The China-Laos railway is promoted by leaders of the two countries as one of interconnectivity projects under the framework of China-proposed Belt and Road Initiative. Construction of the railway began in December 2016, and the railway is expected to open to traffic in December, 2021.