The tunnel boring machine was completed by Tianhe Mechanical Equipment Manufacturing Company, based in East China's Jiangsu Province, on Tuesday and will be used in an underwater tunnel project in the Karnaphuli River in Bangladesh.

With a diameter of 12.12 meters, the machine is said to be the largest of its kind in South Asia.

A tunnel boring machine is used to excavate tunnels with a circular cross section through a variety of soil and rock strata.

"Tunnel construction has been a dream of Bangladeshis, as we want to develop Chittagong Port as good as Shanghai," said Kabir Ahmed, chief engineer of the Bangladesh Bridge Authority, the Xinhua News Agency reported.

The Karnaphuli River's tunnel boring work will start in September this year and the machine is expected to reach Bangladesh in May, the Daily Star reported, quoting Bangladesh's Road Transport and Bridges Minister Obaidul Quader. 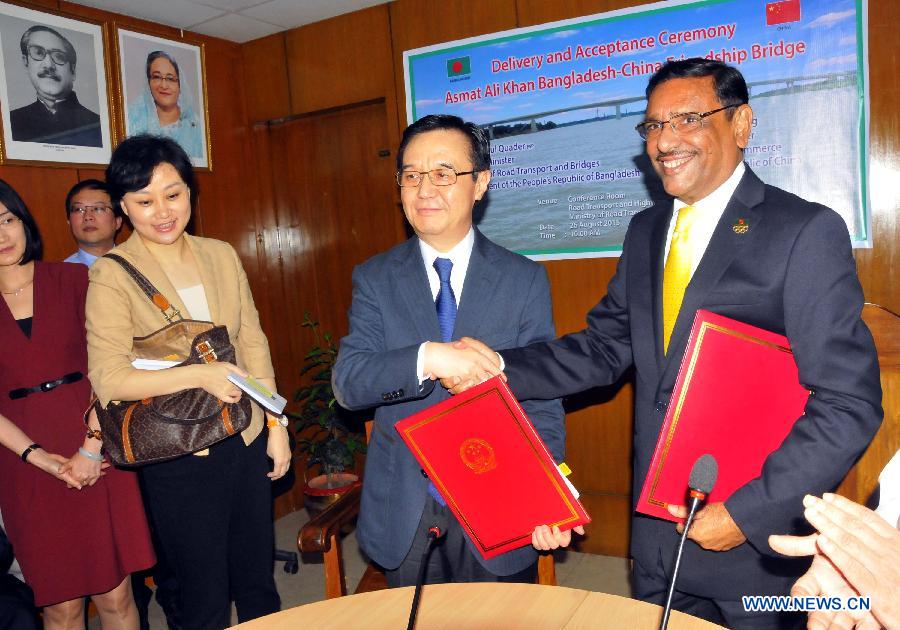 The tunnel, which is a first of its kind in Bangladesh, will improve the Dhaka-Chittagong-Cox's Bazar highway network. It may later be linked to the proposed Asia Highway Network, enabling road links to Myanmar and India, the newspaper reported.

"Compared to our peers worldwide, our technology is at the same level," Zhang Tianju, a manager from the company's overseas department, told the Global Times.

The Global Times has also learned that Tianhe is developing a tunnel boring machine with a diameter of 13.19 meters that will be used in tunnel excavation work in Southeast Asia's first high-speed railroad, linking Jakarta to Bandung.

Zhou Jun, Tianhe vice general manager, said that the tunneling machine market is very competitive with renowned brands from the West occupying a majority of the market share.

But with the support of China's Belt and Road initiative, China's tunneling equipment will appear in more countries, Zhou said.