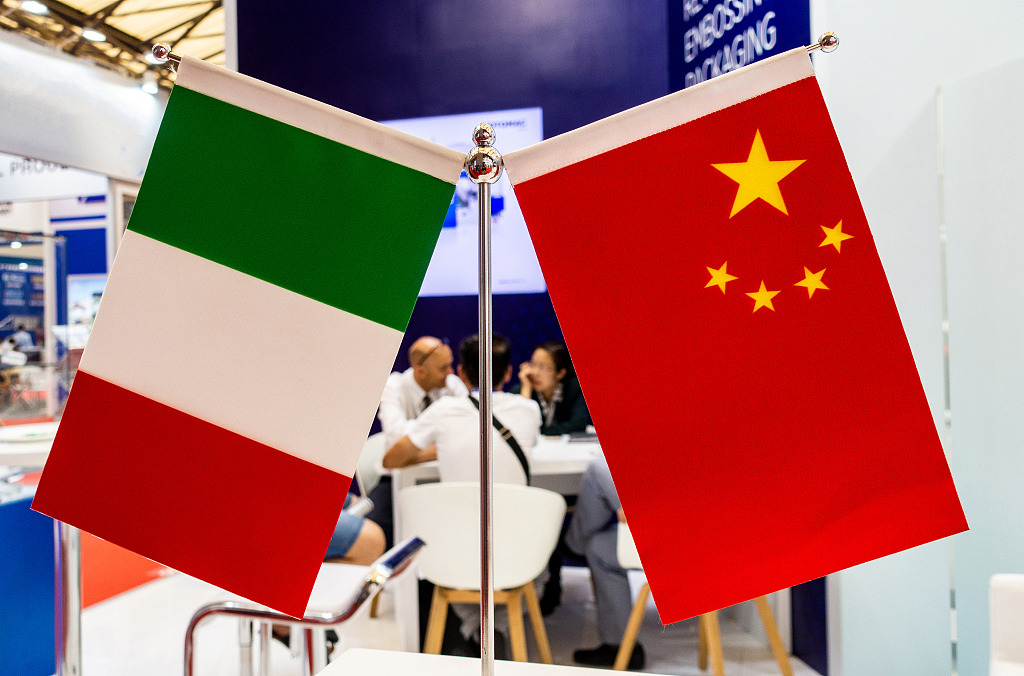 During their meeting at Palazzo Chigi, the Italian prime minister's office, Conte asked Wang to convey his sincere greetings to Chinese President Xi Jinping and Prime Minister Li Keqiang.
Italy attaches great importance to Italy-China relations and hopes to maintain high-level exchanges with China and deepen mutual cooperation in such areas as economy, trade, investment and energy, said Conte.
Italy also attaches great importance to the cooperation under the frame of the Belt and Road Initiative and is willing to make joint efforts with China to continuously cultivate new growth points for bilateral cooperation,Conte said added.
Wang conveyed Chinese leaders' cordial greetings to Conte.
As the respective birthplace of Eastern and Western civilizations, China and Italy have enjoyed friendly exchanges since ancient times, Wang said.
This year marks the 15th anniversary of the China-Italy comprehensive strategic partnership, and the next year will mark the 50th anniversary of the establishment of the diplomatic relations, Wang noted, expressing the hope that both sides seize the opportunity to lift bilateral relations to a new high.
China and Italy should understand and support each other and establish a long-lasting comprehensive strategic partnership regardless of how the international situation changes, Wang said.
Wang also said Italy is a natural partner to cooperate with under the Belt and Road Initiative and that China welcomes Italy to actively participate in the construction of the Belt and Road to benefit the two peoples and promote Eurasian interconnection and development.
China has been expanding its opening-up and its market potential has been steadily released, which will bring significant opportunities to various countries including Italy, Wang said.
As the Chinese and Italian economies are highly complementary, Wang said, enhancing cooperation in such fields as manufacturing, agriculture and innovation will surely bring tangible benefits to the two peoples.
Wang also noted that China is willing to encourage qualified Chinese companies to invest in Italy and believes Italy will provide them with a fair commercial environment.
Wang arrived in Italy on Friday to attend the ninth joint meeting of the China-Italy Government Committee at the invitation of Italian Foreign Minister Enzo Moavero Milanesi, with whom he also held talks.