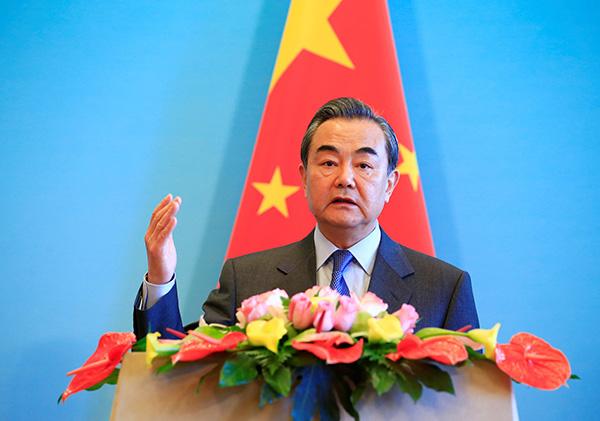 Chinese Foreign Minister Wang Yi here on Tuesday called on African countries not to miss China-Africa cooperation opportunities.
At a press conference in Sao Tome and Principe, Wang said he hoped Sino-African cooperation will not omit any African country.

Wang was in Sao Tome and Principe Tuesday in the last leg of his new year African trip. Sao Tome and Principe resumed its diplomatic relations with China about a year ago after cutting "diplomatic ties" with Taiwan.
While emphasizing there is only one China in the world and Taiwan is an integral part of the Chinese territory, Wang hailed Sao Tome and Principe's right decision to restore diplomatic relations with China.
Since then, exchanges between the two countries have resumed in all fields and have brought tangible benefits to Sao Tome and Principe, the foreign minister said.
Wang said China is now speeding up its comprehensive cooperation with Africa under the framework of the Forum on China-Africa Cooperation (FOCAC) and the Belt and Road Initiative, and supports Africa's pursuit of independent development.
However, some African countries' "diplomatic ties" with Taiwan have prevented them from having normal relations with China and from joining Sino-African cooperation, he said.
Wang said he hoped no African country will miss the historic opportunities brought by a fast-developing China.
Wang said he believed that all African brothers and sisters will "stand with the Chinese people in China's cause of reunification."