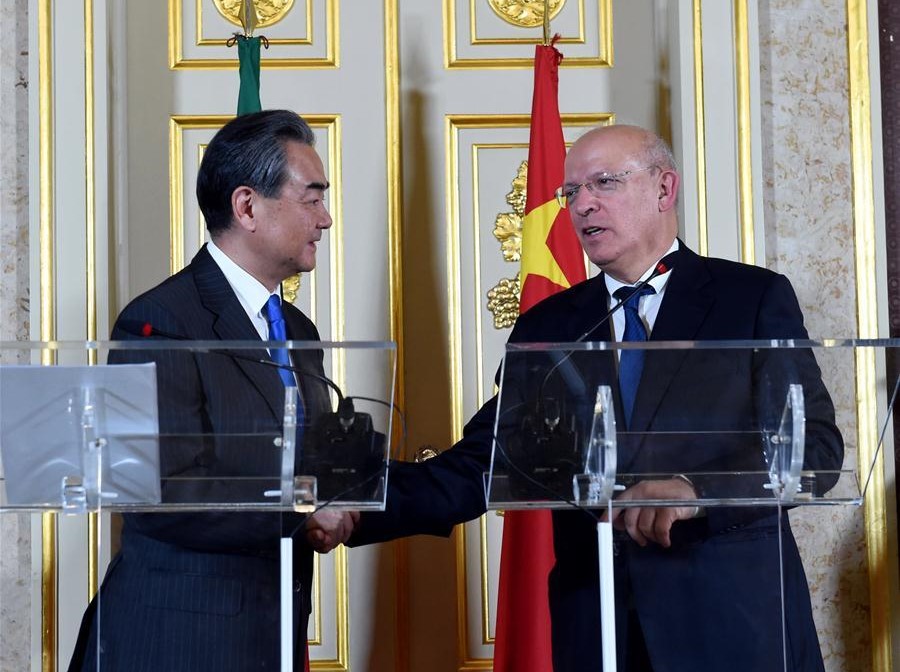 Wang made the remarks after meeting with Portugal's Foreign Minister Augusto Santos Silva during an official visit here.

China appreciates Portugal's consistent support for the Initiative and is willing to discuss and sign intergovernmental cooperation agreement on it to facilitate its alignment with Portugal's development strategies, he told a joint press conference.

Making Portugal a key hub on the 21st Century Maritime Silk Road will bring new prospects and stimulus to the development of bilateral ties, Wang said, adding that China attaches great importance to a bilateral "blue partnership" proposed by Portugal, and believes that combining this with building the Belt and Road will boost collaboration in the marine, cultural and other areas.

Wang said the two countries will continue to promote investment and trade cooperation. Beijing encourages Chinese enterprises to increase investment in Portugal and welcomes Portuguese companies to do business in China, he said. Detailing their complementary advantages, China is willing to work with Portugal on third-party cooperation in regions including Africa and Latin America.

Meanwhile, China is willing to expand the import of agricultural products from Portugal, while exploring cooperation in areas such as energy and finance, the Chinese foreign minister said.

The year 2019 marks the 40th anniversary of the establishment of bilateral diplomatic ties. Wang said China and Portugal agree to take the opportunity to expand cooperation and lift the development of bilateral comprehensive strategic partnership to a new level.

He said the two sides will increase exchanges and communication at various levels in order to boost mutual trust and consolidate the political basis for pushing forward bilateral relations.

Given more uncertainties and destabilizing factors as well as a rise in protectionism in the world, China and Portugal will enhance strategic coordination in a joint effort to maintain rules-based multilateral trade system and build a more inclusive global economy, Wang said.