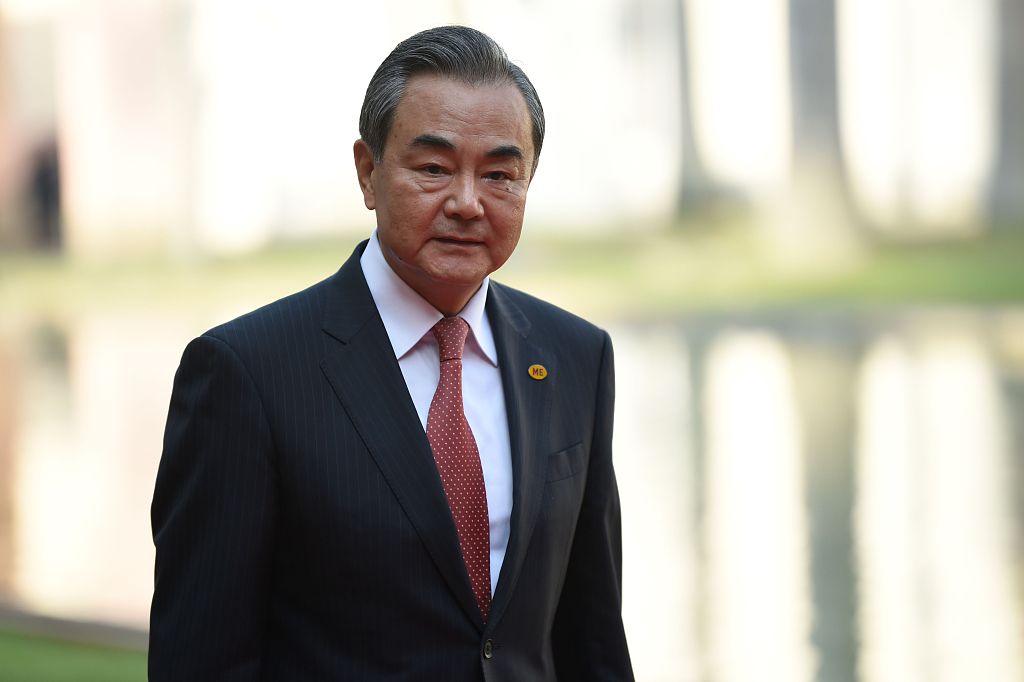 At the Formal Meeting of the BRICS Ministers of Foreign Affairs, Wang also said BRICS cooperation is not a band-aid solution for the five countries but a strategic choice that focuses on common and long-term development and harbors bright prospects.

Wang said no matter how the international landscape changes, the direction of the BRICS cooperation must not change. Faced with new challenges, the five countries should let their voices be heard, offer more solutions to pressing global issues and play a greater role in world affairs.

The BRICS countries must take the lead in maintaining multilateralism and safeguarding the global governance system with the UN as its core and under international law.

Furthermore, the bloc should safeguard the multilateral trading system represented by the WTO and protect the common interests and development space of emerging market and developing countries, he said.

The five countries together must continue to integrate the interests of other emerging market countries and developing countries through flexible and diverse platforms such as "BRICS Plus."

At the meeting, the five foreign ministers all agreed to safeguard the purposes and principles of the UN Charter, defend multilateralism and free trade, oppose unilateralism and protectionism, strengthen global governance, and build a community with a shared future for humankind.

They agreed that regional hotspot issues should be resolved through dialogue and consultation and that BRICS cooperation should work to benefit the peoples of the five countries.

The foreign ministers also agreed to maintain vigilance on cybersecurity issues and expressed opposition to the use of cybersecurity to suppress the development of science and technology in other countries. They agreed to strive toward an open and non-discriminatory environment for the application of information technology.

The foreign ministers were tasked with preparing for the BRICS summit to be held in Brasilia in November.