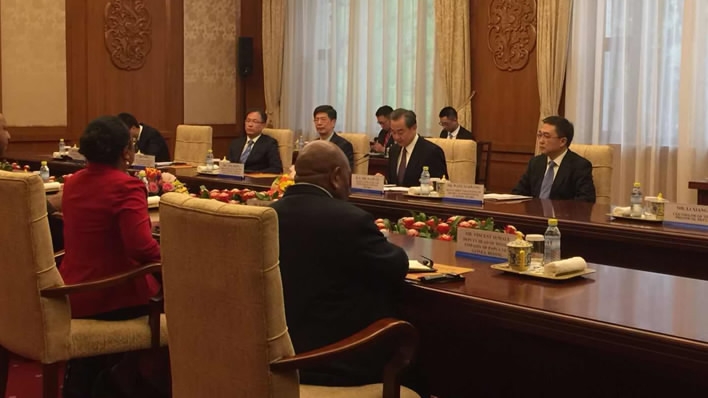 Wang told his counterpart that the two countries have made substantial progress in joint endeavours over the past 42 years of diplomatic relations.

He emphasized that Papua New Guinea is an important member of the Asia-Pacific family and that China strongly support the upcoming APEC leaders meeting set to be held in the Pacific island nation in November.

Chinese President Xi Jinping is expected to attend the gathering, which will be an opportunity for the two sides to strengthen exchanges and mutually beneficial cooperation in different fields. China has pledged to continue to assist the reconstruction of Papua New Guinea after a devastating earthquake in February.

Pato said Papua New Guinea will provide more support for the development of bilateral relations under the One-China Principle, and would like to cooperate with China to speed up the development of the Belt and Road Initiative in the Pacific island region.