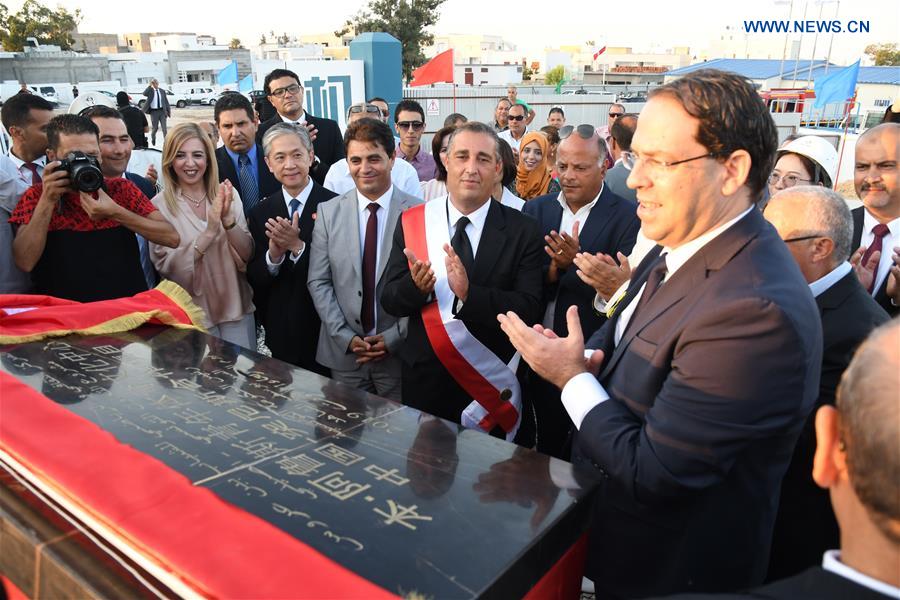 TUNIS, Aug. 21 (Xinhua) -- The groundbreaking ceremony of a Chinese-funded youth cultural center was held on Wednesday near the Tunisian capital of Tunis, just after Tunisian Prime Minister Youssef Chahed approved its construction.

The ceremony in Ben Arous city in the southern suburbs of Tunis was attended by Chinese Ambassador to Tunisia Wang Wenbin, Tunisian Minister of Youth and Sports Sonia Ben Cheikh and other senior officials.

The management of the project will be provided by the Agency for International Economic Cooperation and two Chinese groups specializing in the field.

The project is funded by a Chinese donation of 104 million dinars (36.2 million U.S. dollars) with an expected construction period of 26 months.