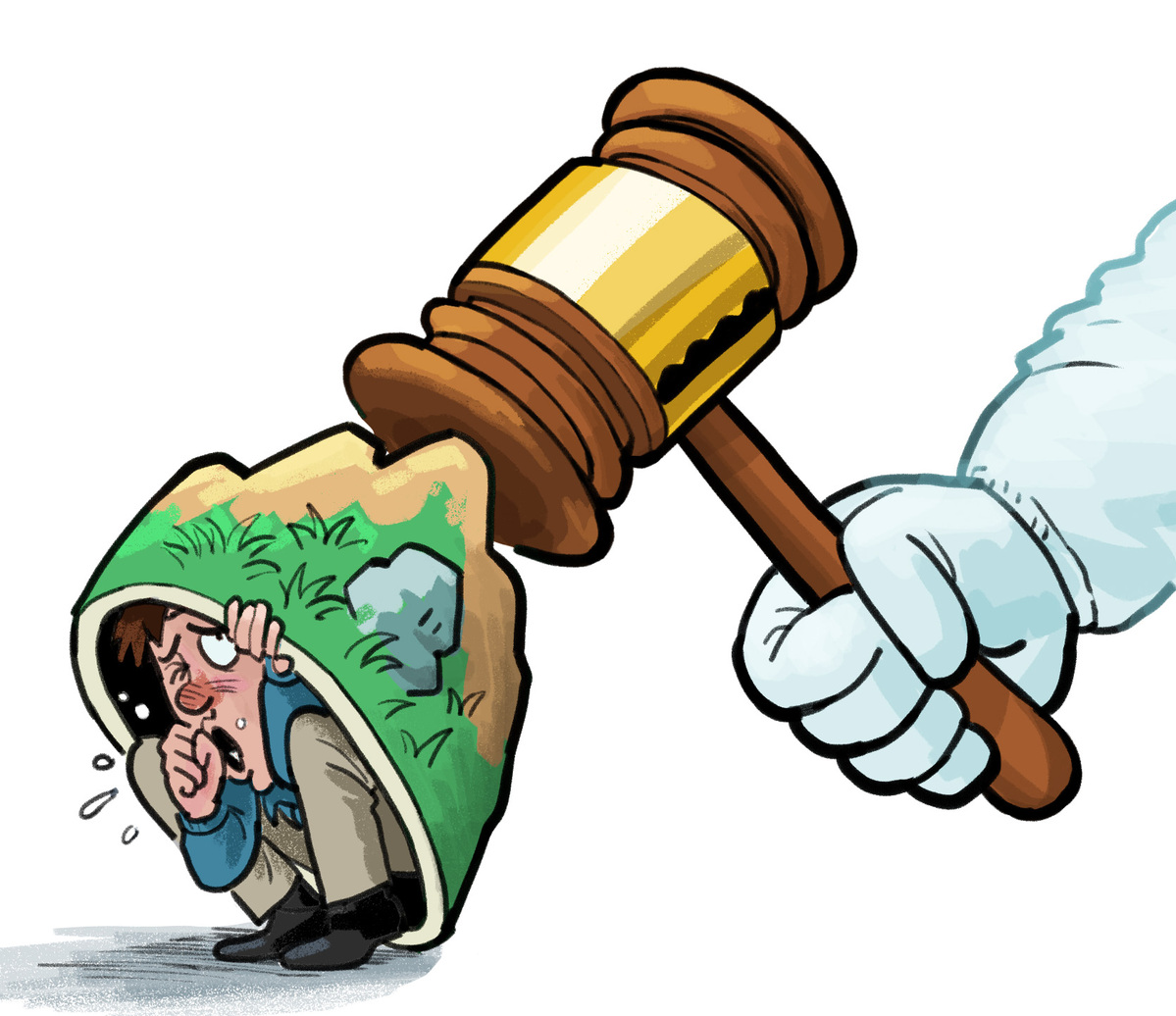 More officials in Hubei province, center of the novel coronavirus outbreak, have been removed from office or disciplined for shirking their responsibilities in the fight against the epidemic as discipline inspection authorities strengthen supervision.

Several officials, whose wrongdoing ranged from dereliction of duty to defying quarantine rules, were singled out as typical cases by Hubei's provincial Discipline Inspection Commission and Supervisory Commission on Sunday.

Ding Naxin, deputy head of Qichun county in Huanggang, was removed from office for dereliction of duty. He was accused of incompetence in the centralized quarantine of people in close contact with patients, the commissions said.

Huanggang is the third-worst-hit area in Hubei. By midnight on Saturday, it had recorded 2,823 confirmed cases and 75 deaths.

The city's discipline inspection authorities said in a statement on Sunday that inspection with the strictest measures and accountability will be in place during the fight against the outbreak.

Tang Zhihong, director of Huanggang's health commission, was removed from the post on Jan 30 after a video that showed her being unable to answer inspectors' basic questions about the city's capacity to control the outbreak went viral.

Another three typical cases were from the city of Shiyan, which had 602 confirmed cases by midnight on Saturday. The three officials were all given a serious intra-Party warning.

Two other typical cases featured local Party committees acting irresponsibly by allowing banquets and public gatherings. You Hao and Liu Yu, Party chiefs of Chunmuying and Maobei townships in Enshi Tujia and Miao autonomous prefecture, were both removed from their posts.

In Zhengkang community in Wuhan's Changfeng subdistrict, the community failed to report information about a resident surnamed Cheng to the subdistrict authorities. As a result, Cheng did not receive treatment and hanged himself at home.