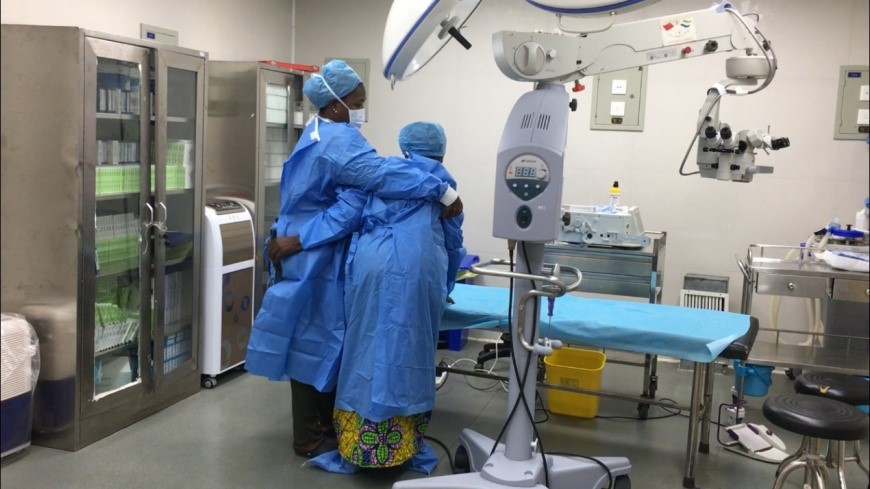 The Chinese Medical Team in Sierra Leone continues to perform miracles in the medical field as a good number of complex cases have been treated and the patients are thankful to the People’s Republic of China for sending in their liberators.

The latest to benefit from the team of professional doctors and other medical personnel is an 80-years-old Sierra Leonean, Marie Kenne, who has been blind for many years. It was the first time that she walked steadily without the help of other people after her successful eye operation. She was quite happy, holding tightly onto the hands of her ophthalmologist-Dr. Cao Yanna, a member of China Medical Team, whilst shouting in joy: “I can see now.” Her daughter also following her cried with appreciation.

Marie Kenne is said to have been infected with a disease called corneal dystrophy combined with serious cataracts. Because her condition was complicated and severe, it was harder to do the operation than with normal patients. She had visited several medical centers and eye clinics to save her from blindness but all proved unsuccessful. 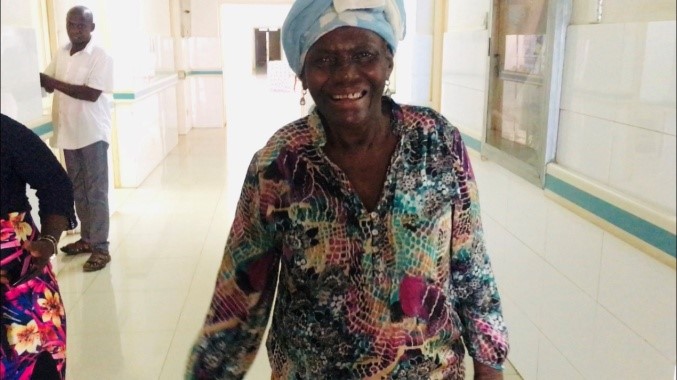 Her condition became worse as time passed by and even the light that she could previously see dimmed further every day. This sad situation caused her to fall several times after she became blind. Family members had to accompany her at all times.

Her daughter who became fed up with aiding her decided to try once again, and this time they went to the Sierra Leone China Friendship Hospital with less hope.

Two ophthalmologists from the Chinese Medical Team, Dr. Cao Yanna and Dr. Jiang Haibo, carried out a thorough medical checkup on the patient’s eyes, and then recommended that she requires a regimen operation.

During the operation, the Chinese doctors got through the difficulties of the locally opaque cornea and complicated eye conditions, and completed the surgery. 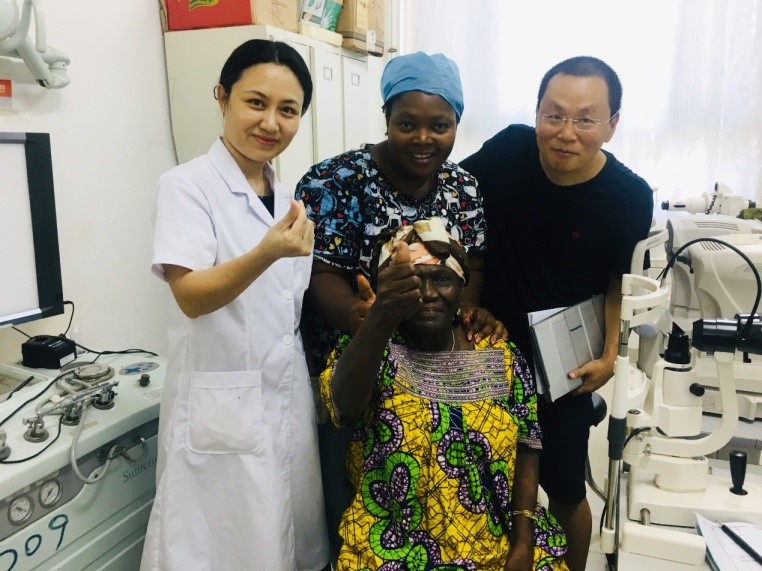 Dr. Jiang and Dr. Cao, covered with sweat, smiled with relief after finishing the successful operation.

It was a moment of joy and celebrations by the patient and her family after her eyes opened and she walked directly to meet the two doctors without help.

She shouted, “I can see everything now!” These words served as a basis for praise to the ophthalmologist of the China Medical Team.