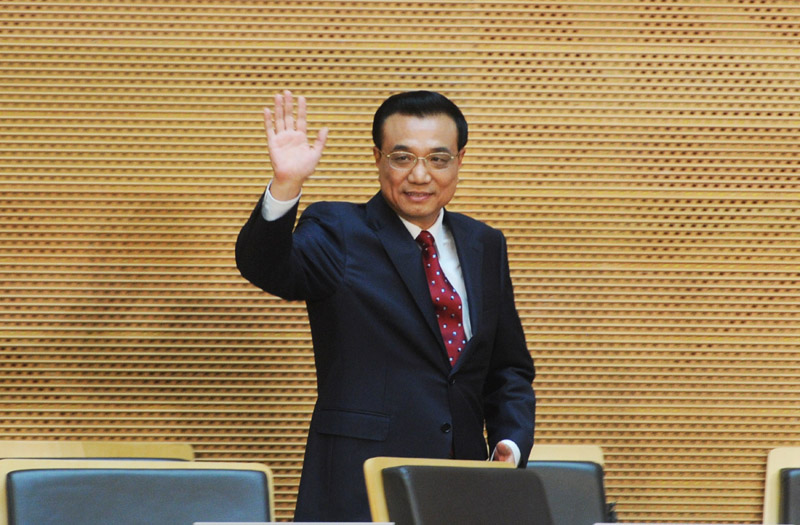 Chinese Premier Li Keqiang on Wednesday wrote a signed article entitled "New Beginning, New Vision and New Journey" for mainstream Bulgarian newspapers, 24 Chasa and Standard, prior to his official visit to Bulgaria and the seventh Summit of Heads of Government of China and Central and Eastern European Countries (CEEC).

Li began his article by expressing delight in visiting Bulgaria and attending the seventh China-CEEC Summit in Sofia. This is the first visit by a Chinese premier in 18 years, and the first stop of his first visit to Europe after the formation of the new Chinese government. The visit aims to inject new impetus to the growth of China-Bulgaria relations and China-CEEC (16+1) cooperation.

According to the article, China will enhance complementarity between the Belt and Road Initiative and Bulgaria's development strategy, and encourage more Chinese companies competitive in equipment and engineering to invest in Bulgaria and get actively involved in infrastructure projects tailored to local needs. The two sides will work together to promote balanced growth of bilateral trade, and provide greater convenience for mutual visits and tourism. They will also strengthen exchanges in culture and education, between the youth and at the sub-national levels, to keep the tree of friendship well-nourished and evergreen.

He pointed out that China and the CEE countries are at similar levels of development and are all committed to common development through closer cooperation based on complementarity. Both sides are in the process of economic transformation and upgrading. 16+1 cooperation is results-oriented and guided by the principles of mutual respect, equality and non-interference in internal affairs. Such cooperation has no political strings attached.

The two sides will pursue win-win outcomes and form greater synergy between their respective development strategies and needs by working out a medium-to-long-term plan of cooperation and promoting more balanced and sustainable growth of two-way trade and investment. They are committed to an open and inclusive 16+1 cooperation rather than making it a closed or exclusive club. They will continue to conduct cooperation within the framework of relevant EU laws and regulations and according to the principle of openness and transparency. China is ready to enhance communication with the EU and welcomes discussions on cooperation in third-party markets.

Li stressed that China remains a supporter of European integration and hopes to see a united, stable, open and prosperous EU and a strong euro. As an important part and useful complement to China-Europe relations, 16+1 cooperation will help narrow the development gaps within Europe, promote balanced development between the East and the West, and instill new vitality into the all-round cooperation between China and Europe.