BEIJING, Sept. 10 (Xinhua) -- Premier Li Keqiang on Tuesday met with American delegation visiting China for a dialogue with Chinese entrepreneurs and exchanged views with them on China-U.S. trade relations. 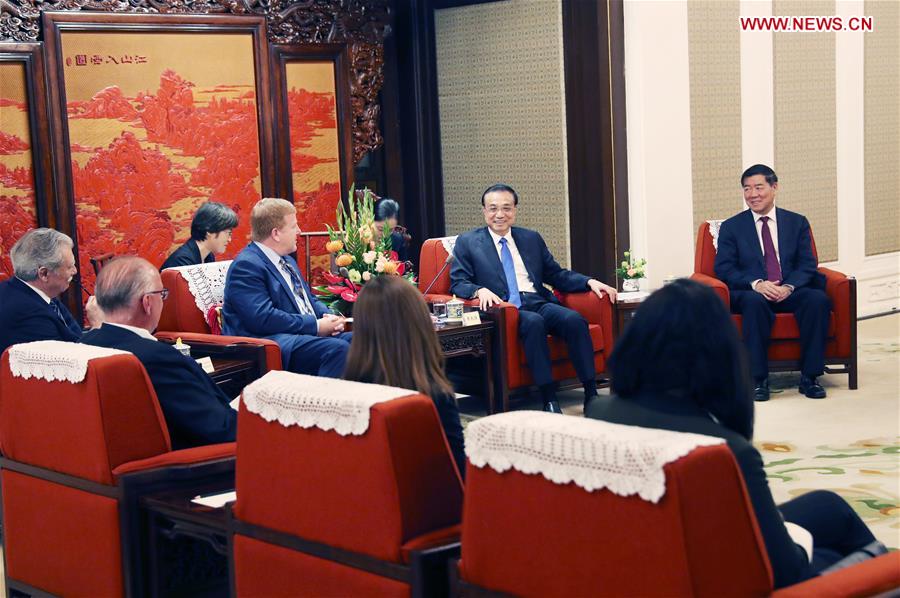 Chinese Premier Li Keqiang meets with an American delegation visiting China for a dialogue with Chinese entrepreneurs and exchanges views with them on China-U.S. trade relations in Beijing, capital of China, Sept. 10, 2019. (Photo: Xinhua)

The delegation consists of U.S. business entrepreneurs and some former high-level officials.

This year marks 40th anniversary of the establishment of diplomatic relations between the People's Republic of China and the United States. Over the past 40 years, the two countries have witnessed forward-moving economic and trade ties with win-win results, Li said.

While stressing the importance of extensive common interests between China and the U.S., Premier Li suggested that both sides, in accordance with the consensus reached by the two heads of state, should follow principles of equality and mutual respect, seek common ground and continue to explore approaches accepted by both sides to resolve differences.

China will open only wider to the outside world, and is committed to creating a market-oriented, law-based international business environment where domestic and foreign enterprises are treated equally and protection of intellectual property is given priority to.

China has fully liberalized its manufacturing sector and accelerated the opening up of its service sector, the premier said.

"China has a vast market. We welcome enterprises from all countries, including those from the United States, to expand economic, trade and investment cooperation with China and achieve mutually beneficial results," Li added.

The American entrepreneurs said that U.S. companies, which were inspired by China's new measures to open up, are looking at the current U.S.-China trade frictions from a long-term perspective, opposing actions to weaken economic relations with China and economic decoupling between the two countries.

They also voiced their hope that bilateral economic and trade consultations will gain ground with an agreement being reached at an early date.