With invitations from the Spanish King Felipe VI, Argentine President Mauricio Macri, Panamanian President Juan Carlos Varela and Portuguese President Marcelo Rebelo de Sousa, Chinese President Xi Jinping will pay state visits to Spain, Argentina, Panama and Portugal from November 27 to December 5, and attend the 13th Group of 20 (G20) summit from November 30 to December 1 in Buenos Aires, Argentina. His visit will lift China-Spain and China-Portugal ties, according to a press briefing on Friday. 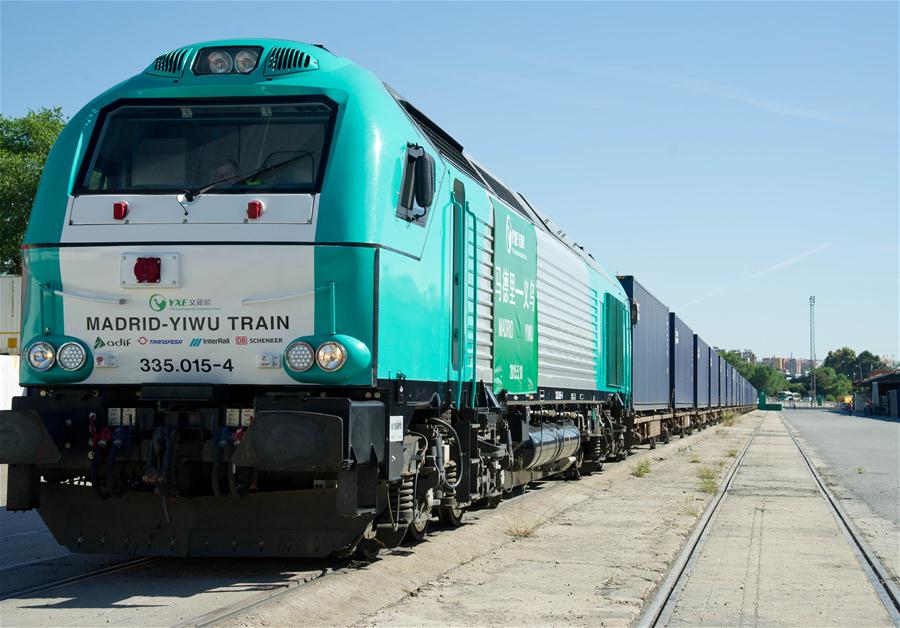 President Xi will visit Spain for the first time and this also marks the Chinese top leader’s visit to the country after 13 years, Chinese Vice Minister of Foreign Affairs Wang Chao said at the press briefing in Beijing.

Xi will hold talks with Portuguese leaders after eight years, Chao said, adding this tour will inject new impetus into the development of China-EU, and create new opportunities in cooperation under the framework of the Belt and Road initiative (BRI).

During his visit, Xi will also meet with Spanish King Felipe VI and Spain's Prime Minister Pedro Sanchez. The leaders of the two countries are expected to issue a joint statement to plan the blueprint for the development of bilateral relations and sign cooperation documents in the fields of third-party market cooperation, service trade, taxation, culture, science and technology, and finance.

Recent years have also seen frequent high-level exchanges between China and Portugal. Bilateral exchanges and cooperation in the fields of economy, trade, and humanities have harvested fruitful results, Wang continued.

2019 will highlight the 40th anniversary of diplomatic relations between China and Portugal.

“During the visit, President Xi will hold talks with Argentina’s President Mauricio Macri. The two sides will issue a joint statement.

Since China and Argentina established diplomatic ties 46 years ago, the two countries’ bilateral relations have continued to develop steadily and rapidly. China-Argentina relations have become a model for solidarity, cooperation and common development between emerging market countries and developing countries.

In June last year, China and Panama established diplomatic relations based on the one-China principle. The purpose of President Xi’s visit to Panama is to enhance mutual understanding and friendship between the two peoples, promote mutually beneficial and win-win cooperation, and build a solid foundation and lead the way for the long-term stable development of China-Panama relations.

The Argentine presidency’s main goal is to build consensus for fair and sustainable development. In this regard, Argentina defined three priorities this year, each of which has been addressed with a strong gender focus: the future of work, infrastructure for development and a sustainable food future.

The closed-door sessions of leaders will focus on issues such as the world economy, trade and investment, digital economy, sustainable development, infrastructure and climate change. President Xi will elaborate on China's position on the above issues and exchange views with leaders of various countries.

During the summit, President Xi will also attend the informal meeting of leaders of the Brazil, Russia, India, China and South Africa (BRICS) countries.

The theme of this year's summit is "Building consensus for fair and sustainable development." China supports Argentina to hold a successful summit and expects the summit to achieve positive results and inject new impetus into the G20 cooperation.

The 13th G20 summit will be held from November 30 to December 1, and President Xi will attend. This year coincides with the 10th anniversary of the G20 leaders summit mechanism, said Zhang Jun, assistant minister of Foreign Affairs.

It is also the sixth consecutive time that President Xi attended or presided over the summit, reflects China’s high attention to the G20 mechanism and its positive will to contribute to improving global economic governance.

As an important member of the G20, China will actively support Argentina to promote relevant cooperation and guide all parties to form a consensus on the issues and challenges of technological change, infrastructure financing, and digital economic taxation. China will continue to prepare for the summit and make positive contributions to the success of the summit, Chinese Vice Finance Minister Zou Jiayi said.

China has the following expectations for the economic and trade field of this summit: First, further strengthen trade and investment cooperation and tap new momentum for economic growth. Second, continue to deepen cooperation in the field of development and promote inclusive and sustainable development. Third, further consolidate the consensus of all parties to support the multilateral trading system. China supports the necessary reforms of the World Trade Organization to enhance its authority and effectiveness, Vice Minister of Commerce Wang Shouwen said.

China expects the G20 to continue to play the role of the main platform of international economic cooperation, promote all parties to strengthen macroeconomic policy coordination, improve the international financial architecture, promote green and sustainable development of the global economy and inclusive growth, and implement the agreed financial sector reform, Chen Yulu, deputy governor of the People's Bank of China, the central bank, said.

China is willing to share with the parties the experience in improving financial supervision and adaptation to financial technology innovation and infrastructure financing, and jointly promote the summit to achieve positive and pragmatic results in the financial sector, and promote strong, sustainable, balanced and inclusive growth of the global economy, he added.