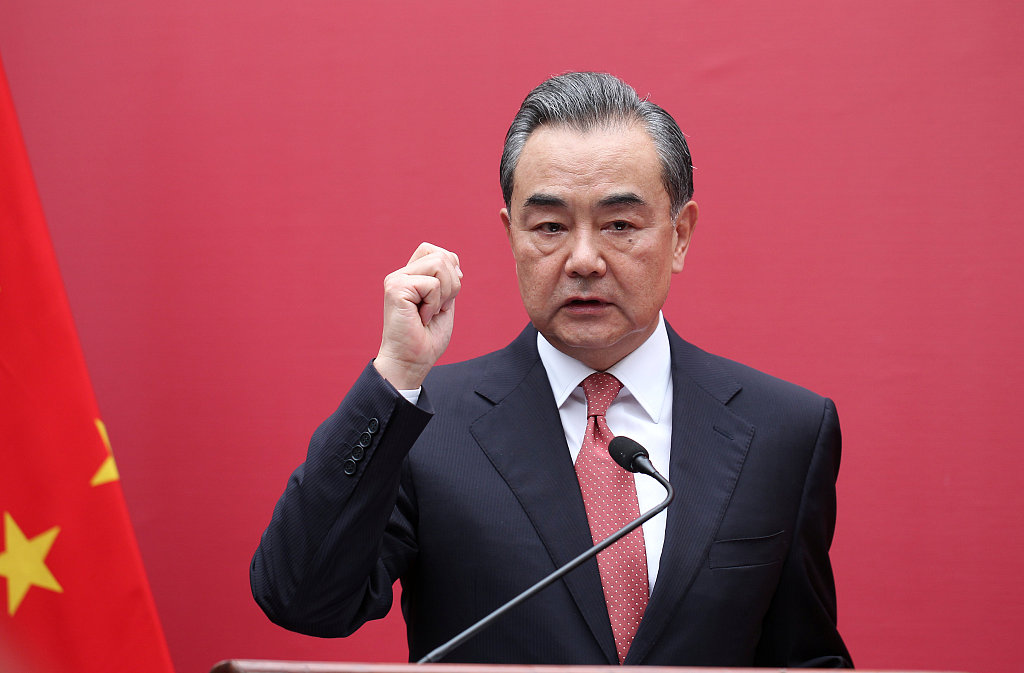 Wang is accompanying Chinese President Xi Jinping on a state visit to Spain. Xi arrived here Tuesday for the first visit by a Chinese head of state to the European country in 13 years.

During the meeting, Wang said that the bilateral relations have grown steadily since China and Spain established diplomatic ties 45 years ago.

He said that China stands ready to work with the Spanish side to deepen cooperation on the Belt and Road Initiative and in various other areas, increase people-to-people and cultural exchanges, strengthen coordination and cooperation within the frameworks of the United Nations, the Group of 20 (G20) and the World Trade Organization, jointly safeguard multilateralism and free trade system, and promote the sound and steady development of the China-Europe relations.

For his part, Borrell said that President Xi's visit is very important and will become a new starting point in the bilateral ties.

China is Spain's most important cooperation partner in Asia, and the two countries have kept powerful political, economic and cultural links, he said.

The Spanish government highly values the relationship with China, and is willing to participate in the Belt and Road Initiative, expand bilateral trade, and increase two-way investment, thus facilitating bilateral practical cooperation, he said.

The Spanish side supports multilateralism and free trade, and stands ready to play a positive role in the European Union in developing the Europe-China relations, he added.