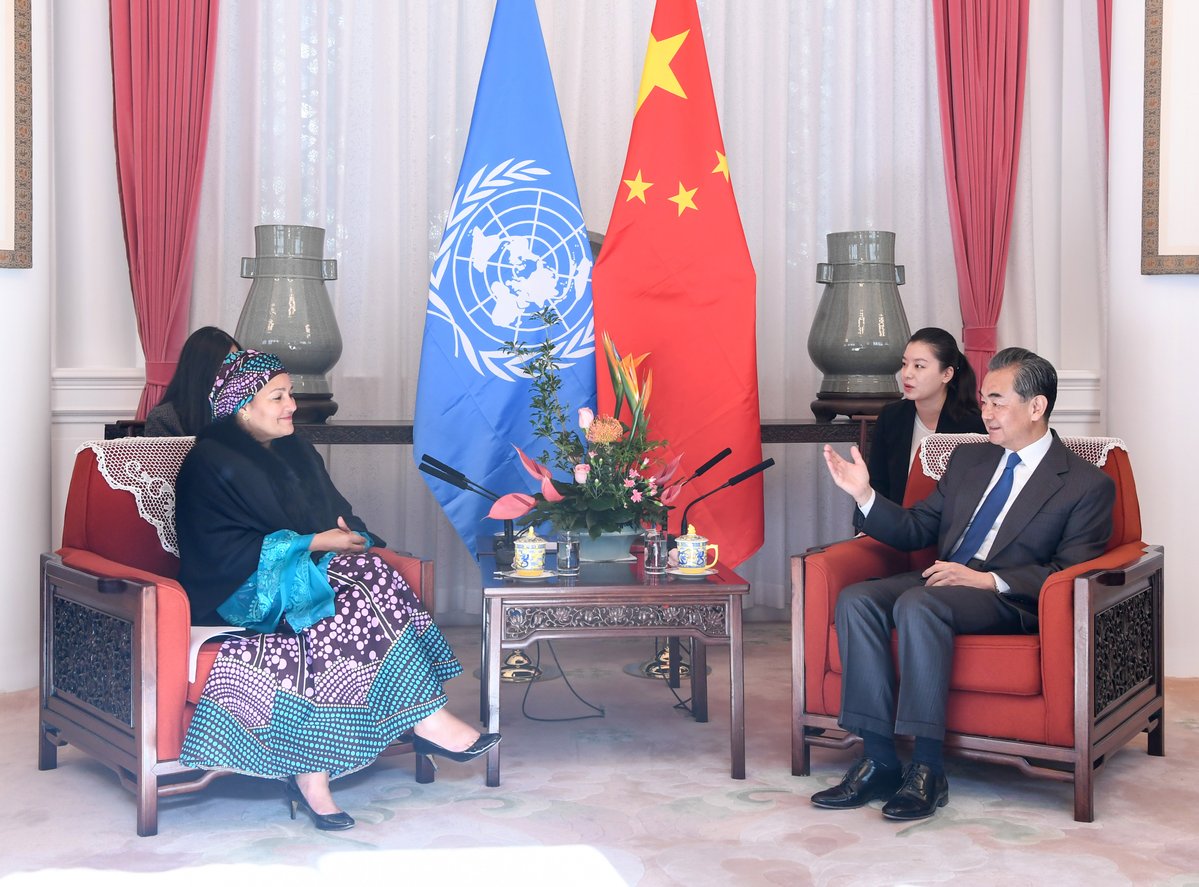 Calling the United Nations the banner of multilateralism and the core of the multilateral mechanism, Wang said the international community needs a strong UN more than ever under the current situation.

"As a permanent member of the UN Security Council, China will continue to firmly support multilateralism and the UN in playing a central role in global affairs, as well as safeguard the legitimate rights and interests of developing countries," Wang said, adding China is willing to work closely with the UN on global issues including coping with climate change and jointly promote cooperation under the Belt and Road Initiative.

Amina expressed appreciation to China's firm support for multilateralism and the work of the UN, adding the UN is looking forward to continuing to coordinate and cooperate closely with China.