While meeting with U.S. Secretary of State Rex Tillerson, Yang said that China is committed to comprehensive reform at home, peaceful development and win-win cooperation.

Noting that keeping the positive momentum of China-U.S. relations is in line with the fundamental interests of the two peoples and the common aspirations of the international society, Yang said he hoped the U.S. side could meet China halfway to ensure the stable and healthy development of bilateral ties in the long run.

He said the China-U.S. economic and trade relations are reciprocal in nature, bringing huge benefits to the two peoples.

He urged the two nations to cooperate on such areas as energy, infrastructure construction and the Belt and Road Initiative, as well as enhance coordination on international economic concerns.

For his part, Tillerson said the U.S. side is willing to work with China to fortify and expand reciprocal cooperation, and seek to solve bilateral economic and trade issues in a more effective manner. 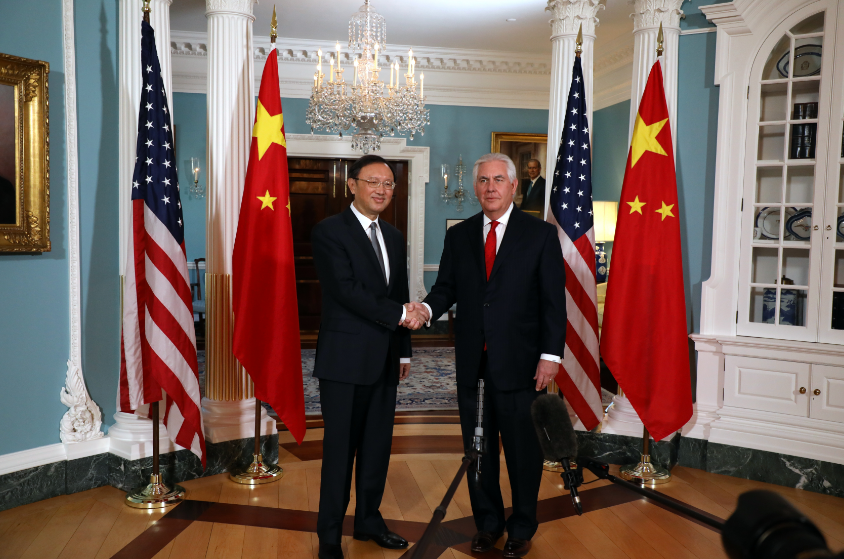