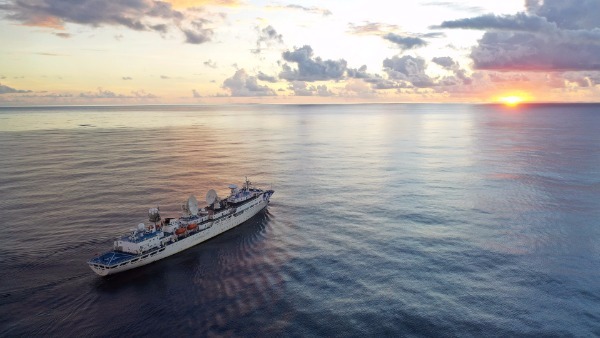 NADI, Fiji, Aug. 24 (Xinhua) -- The Chinese tourists are not only very important for the world tourism industry, but also the key to the sustainable development of tourism industry of the South Pacific island nations in the coming years, said a South Pacific region's tourism official on Saturday.

"Tourism is, in fact, a key driver of the world economic growth. China now is not only the fastest growing tourism source market for the world, but also for the South Pacific region. We warmly welcome more Chinese tourists and hope they can help us maintain the sustainable development of our region's tourism industry," Chris Cocker, CEO of the Suva-based South Pacific Tourism Organization (SPTO) said in an exclusive interview with Xinhua on the sidelines of the two-day China-Fiji tourism symposium which is being held in Nadi, Fiji's third largest city.

Cocker voiced his satisfaction with the Chinese outbound market as a potential source market to offset the decline of visitor arrivals from the region's traditional source markets.

"There are a growing number of Pacific countries, including SPTO members, exploring the Chinese outbound market as a potential source market to offset the decline of visitor arrivals from our traditional source markets, such as Australia. In contrast, China's market share rose dramatically to 7 percent in 2017 from only 3 percent in 2013," he said.

Described as "a milestone in the tourism cooperation between China and the South Pacific region," Cocker said that the China-Pacific Tourism Year 2019, which was launched in Apia, Samoa in April this year, means a lot for the region as this will surely benefit the region which is keen to attract more Chinese tourists.

According to Cocker, the tourism industries in China and the South Pacific region have been working together to make the vision of the tourism year a reality.

The Pacific tourism industry is currently working on programs to be "China Ready," and the focus is to sustainably develop and promote the Pacific to niche Chinese outbound market segments who wish to experience the region's beautiful islands, unique cultures and the healthy, organic food experience of the region.

"Since the official launch of the China-Pacific Tourism Year 2019, our members have been holding workshops and orientation activities at the country level for their respective tourism industry members on how they can cater for the Chinese market. This will help them make the anticipated Chinese market enjoy what the region has to offer," he said.

In addition to this, he continued, they had two exchange visits in June and July this year. The first was by a delegation of staff from the Pacific national tourism offices and the SPTO who were in Guangzhou, China's Guangdong Province from June 25 to July 4 to attend the tourism human resource development and training program.

"They participated in field visits, exchanging views with their counterparts in China and also attended sessions on tourism development, and this broadened the participants' understanding of China and the Chinese market that we are trying to attract to the Pacific."

"SPTO welcomes this cooperation with China. We are confident that the tourism year will encourage visitors from China who want to experience the unique Pacific cultural diversity, pristine environments and hospitality of the Pacific peoples. We are very happy to see that in the first quarter of this year, the Pacific region has recorded 30,923 (Chinese) visitors. The outlook for 2019 looks positive, with Chinese tourists arrivals expected to increase by 4 percent," he said.

"Building on the positive momentum of the tourism year, we are ready to work with China to further unlock the potential of cooperation under the Belt and Road Initiative, promote mutual visits, and enhance the understanding and friendship between our peoples," he said.

"I want to say something to the Chinese tourists: the Pacific region has good relationships with China. We are getting ready to welcome you with an open arm. Come to enjoy our unique culture and have a different and unforgettable experience."

Founded in 1983 as an intergovernmental organisation for the tourism sector in the South Pacific, SPTO markets, promotes and develops tourism in the region in overseas markets.