Barely 10 days after being put into service, Chinese-built trains have more than doubled passenger capacity along the key route linking the easternmost town of southeast province of Guantanamo with Cuba's capital Havana. 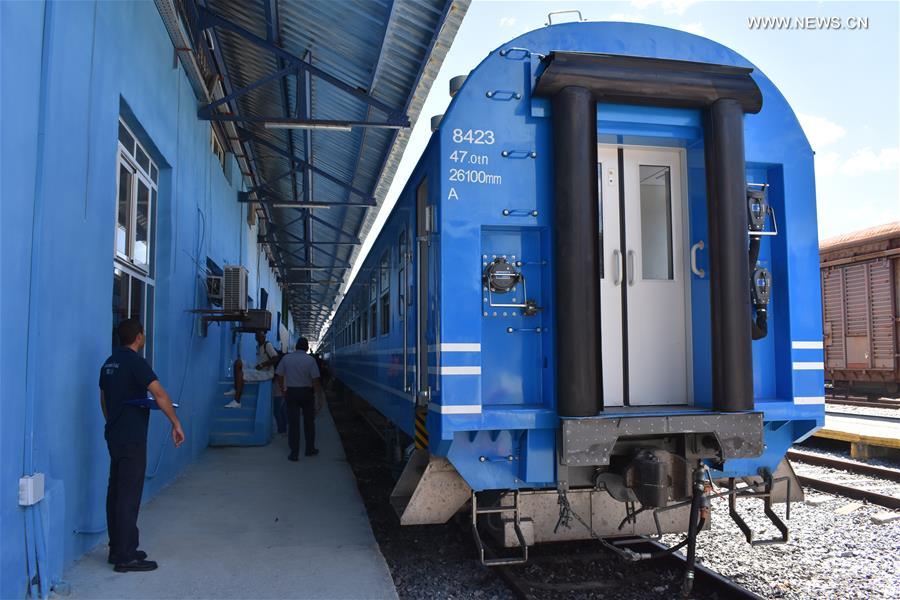 A train made up entirely by Chinese wagons stops by Havana Central Railway Station in Havana, capital of Cuba, July 13, 2019. (Photo: Xinhua)

"Since they began operating on July 13, the Chinese trains have carried more than 23,000 people, which means moving more than twice the figure we reached with the old railway system," Minister of Transportation Eduardo Rodriguez told Xinhua.

Cuba's aging train network carried an average of fewer than 8,000 passengers over the same period.

Thanks to a soft loan from China payable over 15 years, Cuba purchased a total of 240 railcars, which are to be delivered in batches of 80 each year through 2021.

Each railcar can accommodate up to 720 passengers, a feature new to Cuba, which for more than four decades relied on cheaper second-hand rolling stocks.

"Cuba has not received new railcars since the 1970s," said Eduardo Hernandez, director of Railways Union of Cuba, which operates the nation's trains.

The China National Machinery Import and Export Corporation (CMC), the manufacturer of the new trains, has provided spare parts, specialized equipment for repairs and technical assistance to Cuba from representatives of manufacturers.

A few weeks ago, CMC Vice President Zhao Jun told Xinhua the company has been working with Cuba's Ministry of Transportation for several years to help modernize the rail system.

"We are willing to help Cuba modernize the system and improve the quality of the country's transportation," said Zhao.

Railcars were designed and manufactured by Chinese and Cuban engineers, who took into account local conditions and needs, as well as international transportation standards.

"These cars can be considered a tailored suit," said Hernandez.

Cuban railway authorities are now looking to upgrade the line linking Havana with Pinar del Rio on the west end of the island.

Long, narrow and mostly flat, Cuba is ideally suited to rail systems. The Caribbean island was the first country in Latin America, and one of the first in the world, to have rail service beginning in 1837 with a 27-km line built to serve Cuba's sugar industry.