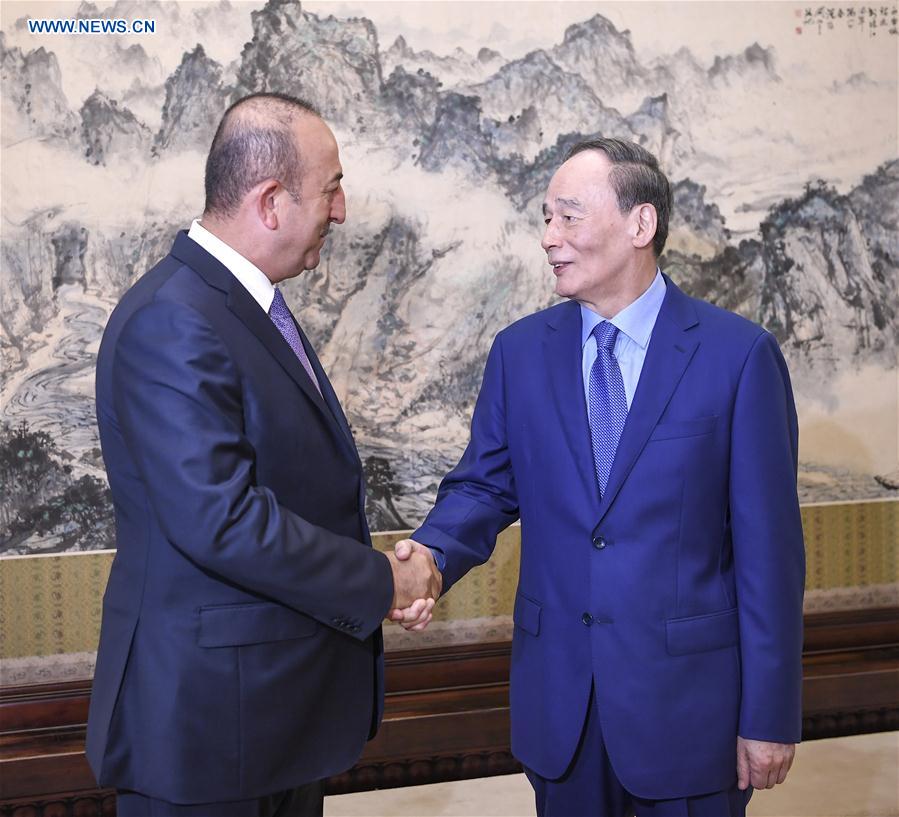 Hailing the rapid development of pragmatic cooperation across the board, Wang said that China and Turkey have been respecting and accommodating each other's concerns and supporting each other's development paths which are in the interests of the two peoples respectively in recent years, based on the consensuses reached by the two heads of state.

The two sides should continue to align the China-proposed Belt and Road Initiative with Turkey's Middle Corridor project, Wang said.

He also called for strengthening economic, security and anti-terrorism cooperation and promoting people-to-people exchanges, so as to deepen strategic mutual trust.

He pledged to abide by the one-China principle, support the Belt and Road Initiative, and strengthen all-round cooperation with China, including security and anti-terrorism cooperation.