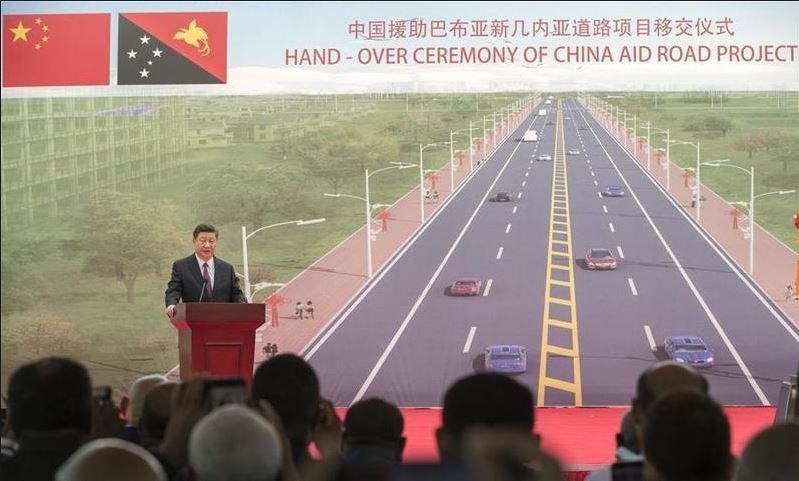 In recent years, many infrastructure projects in PNG, including roads and buildings, have been carried out with Chinese support thanks to the Belt and Road Initiative (BRI). And these projects have largely improved the lives of the local population.

PNG, host country of this year's Asia-Pacific Economic Cooperation (APEC) economic leaders' meeting, is the first Pacific island country to ink a memorandum of understanding with China on BRI cooperation.

"For international developing countries like Papua New Guinea, this is a great initiative because of the access to capital and infrastructure-building capacities that we are now developing together with China," PNG Prime Minister Peter O'Neill commented.

"It is able to open up markets and improve the standard of living for our people," he said.

With the global economy facing great uncertainties due to the rise of protectionism and unilateralism, China has stepped into the void to promote global cooperation.

The BRI is vital for creating win-win cooperation. Statistics show that in countries along the Belt and Road, China has set up 82 overseas economic and trade cooperation zones over the past five years, in the process investing $28.9 billion and creating about 244,000 local jobs.

The initiative has also to a large extent benefited development in the Asia-Pacific region by expanding infrastructure as well as trade and cultural exchanges.

Apart from the BRI, China has put forward visions for the region's future. At the 2014 APEC economic leaders' meeting in Beijing, China advocated "an Asia-Pacific partnership that is built on mutual respect and trust, inclusiveness, and win-win cooperation."

At that meeting, the Free Trade Area of the Asia-Pacific (FTAAP), a proposed high-quality free trade arrangement covering all APEC economies, made a breakthrough with APEC members unanimously adopting the FTAAP Beijing Roadmap.

This year's APEC meeting is themed "Harnessing inclusive opportunities, embracing the digital future." China, now 40 years into its historic policy of reform and opening-up, has vowed to open wider, creating more opportunities for the development of the Asia-Pacific region.

It is believed that with all APEC members joining hands to break down barriers and enhance cooperation, a better and more prosperous future for the region will be achieved.