Chinese youth weigh in on VP Pence's US policy speech 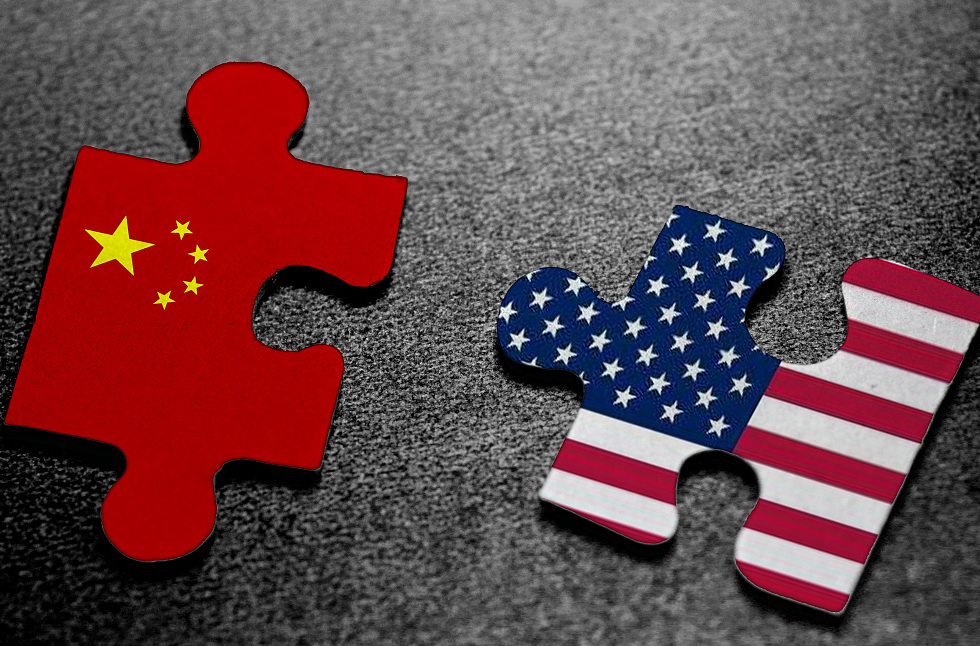 Editor’s note: US Vice President Mike Pence spoke on the US’ China policy on October 4, which sparked a heated discussion in China. This article is what several Chinese youths have to say about his speech.

US Vice President Mike Pence’s latest speech talked a lot about historical events between China and the US from the perspective of God, but unfortunately, his words are mostly selective memories, many of which are not in line with historical facts.

In the speech, Pence also talked about China’s current development from God’s perspective and the superiority of the “Savior” behind his words is undoubted.

Pence mentioned that the US gave Beijing open access to its economy, and brought China into the World Trade Organization (WTO). The implication is that China should thank their “acceptance”. However, he did not mention China’s hard work in joining the WTO, nor did he mention that China’s access to the WTO was the result of several rounds of multilateral negotiations, not the unilateral “gift” from the US.

As Pence said, “over the past 17 years, China’s GDP has grown nine-fold; it’s become the second-largest economy in the world,” but behind all this, it’s China’s 287 million migrant workers, 20 million private entrepreneurs and millions of families trying to change their own destiny that made this happen. There are also countless Chinese people who would leave their homes in the process of urbanization and are willing to seize the meager profit in the process of globalization.

No one knows more about the meaning of self-reliance than the Chinese. China’s development, without exporting revolutions and refugees, is based on its own hard work one step at a time. If such diligence is also a mistake, then which is the so-called correct path?

Pence believes that there was a “great trade deficit” between China and the US, so it can be said that the US “rebuilt China” over the last 25 years”, but he deliberately avoided the essence of free trade, which is that two parties buy and sell at their own will. In June, the research report released by Deutsche Bank said the US actually obtained more commercial net benefits than China in China-US bilateral trade.

In those years, China had to sell hundreds of millions of shirts to import a large passenger plane. Profits obtained by China and the US were 5% and 84%, respectively, when China exports suits worth $450. Not to mention Apple mobile phones used by young Chinese: an Apple 7 mobile phone sells for a minimum of $649, but its production cost Apple paid for China’s factories accounts for less than 1%. We wonder how Pence’s theory can have a leg to stand on when he faces such facts.

We know that China’s reform and opening up is a great process of development and progress of China and the world. We believe that people in many parts of the world have felt the goodwill of the Chinese people and Chinese government. This is also why China’s Belt and Road Initiative can attract many countries to participate and why China’s idea of “a community with a shared future for humanity” is included in UN documents.

We regret to see that the US still holds a double standard in today’s economic globalization.

Pence accused Chinese warships of driving away the US warships, but did not mention that the US warships sailed 12 nautical miles within the Nansha Islands of China. He said China “militarizes the South China Sea”, but did not mention the US is always engaged in military exercises in this region, sending large amounts of advanced weapons to the South China Sea and constantly constructing new military bases.

Pence complained that China’s military spending is higher than all countries in the Asia-Pacific region combined, but didn’t mention that the US military spending in fiscal year 2019 reached more than 700 billion dollars, not only the highest in its history, but also more than the rest of other big countries combined.

On one hand, Pence said that “the Chinese Communist Party is rewarding or coercing American businesses, movie studios, universities, think tanks, scholars, journalists, and local, state, and federal officials”; on the other hand, the US interfered in China’s internal affairs and diplomacy, intervening in China’s opening-up policy, “Made in China 2025” policy and the Belt and Road Initiative.

In his speech, Pence could not even bear China’s “Social Credit Score” construction, criticizing it for “controlling virtually every facet of human life”. However, he forgot that the US has built a credit system for more than a century, reluctant to admit that every American is required to apply to the federal government for a lifetime social security number (SSN) when they are born, and unwilling to recognize that one can go nowhere in the US without credit.

As for Pence’s accusation that “China has initiated an unprecedented effort to influence American public opinion, the 2018 midterm elections, and the environment leading into the 2020 presidential elections”, not only does China feel wronged, but US Secretary of Homeland Security Kirstjen Nielsen said on October 3 that there’s no indication that China intends to interfere in the midterm elections. It’s the US that should reflect on how it has used its social networking sites to make turbulence in the Middle East and trigger a chain of revolutions.

China has shown great patience, dignity and sobriety to face the increasingly provocative and aggressive anti-China words of the US, British scholar Martin Jacques said. He said that if China follows the same approach to confront the US, China-US relations will sharply decline, bringing serious consequences to the entire world.

There is a line in the movie Spiderman which goes, “With great power comes great responsibility.” As the world’s biggest superpower, the US should match its words with action. Regrettably, people have become more and more disappointed over the years.

The US withdrew from the Paris Agreement, UNESCO and the UN Human Rights Council...In October, the country withdrew from the treaty of friendship signed with Iran and also the optional protocol and dispute resolution to the Vienna Convention on Diplomatic Relations.

The previous “free trade standard bearer” has now become the base of protectionism and has frequently set limits on various trade activities, claiming national security. US products such as the iPhone can be found everywhere in China, which we don’t regard as a threat. However, if someone buys a Huawei phone in the US, it seems to some people that it threatens US national security. Is the US, the world’s number one superpower, so vulnerable?

We are glad to see the US become “great again,” but such greatness should not be based on superpower dominance or suppression over other countries.

Over the past 40 years, the leaders of China and the US made a historic breakthrough in China-US relations and realized “a handshake across the Pacific” with the political courage and wisdom of strategists. Chinese President Xi Jinping held night talks at Yingtai with former US President Barack Obama and had a tea break at the Forbidden City with US President Donald Trump. At that time, the whole world could see that “there was enough space on both sides of the Pacific Ocean to accommodate the two great powers.”

This year marks the 40th anniversary of the establishment of diplomatic relations between China and the US. As members of the young generation, we believe that if the US develops the right way, China will benefit from it, and vice versa.

After all, China and the US are the two largest countries in the world today. If the two countries get along with each other, huge positive energy could be generated not only for the two but also for the world.

The renowned US writer Mark Twain once said that if all you have is a hammer, everything looks like a nail. Just as a Western saying put it, a bit of fragrance clings to the hand that gives flowers. We hope that fewer people hold hammers and more carry roses. The world, after all, belongs to those who open their arms rather than clench their fists.