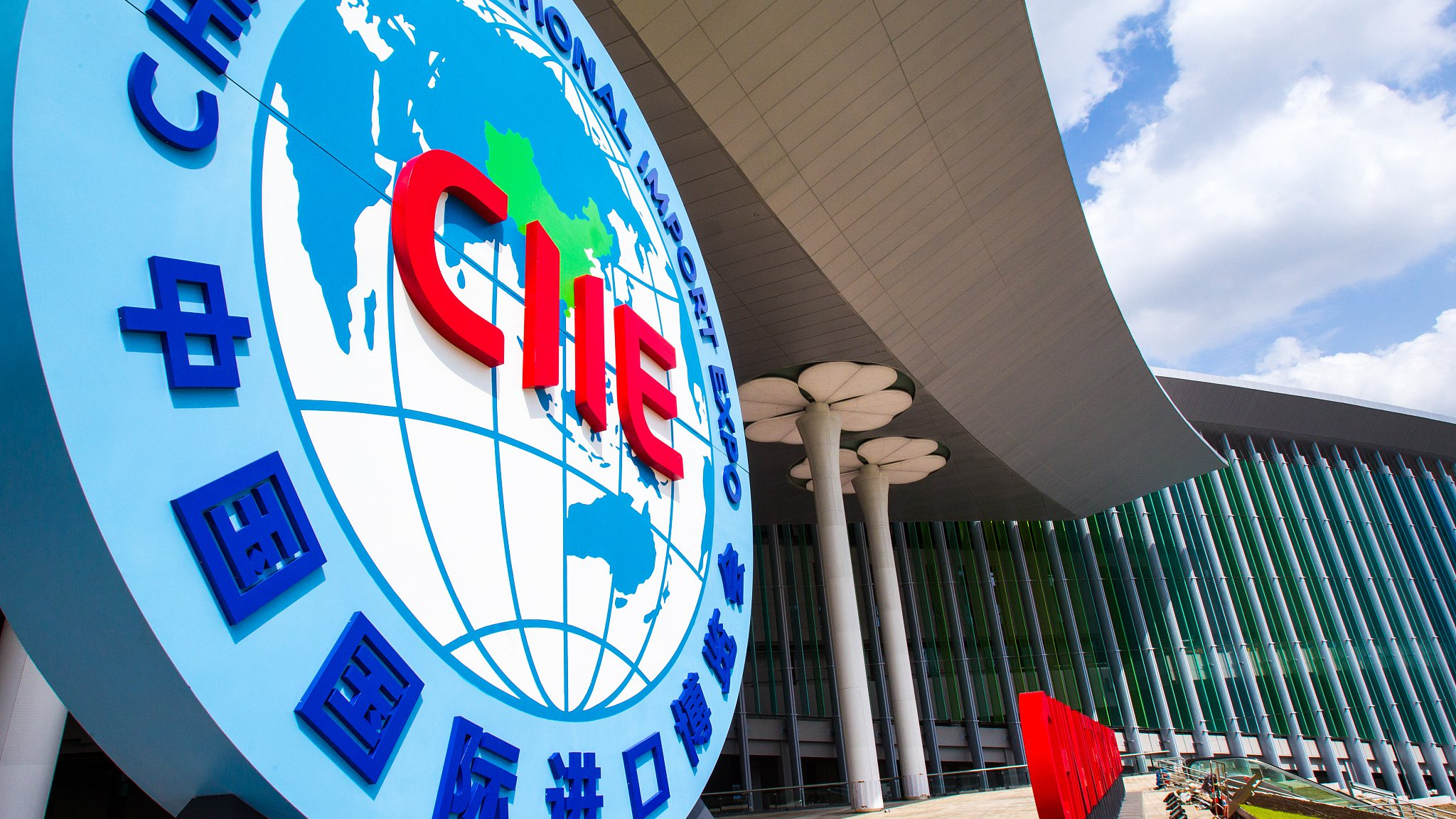 "I highly appreciate China's organizing the 2018 CIIE which shows the concept of mutual benefit and win-win cooperation, creating a large-scale, important new trade promotion channel for China and partners, and offering opportunities to enterprises from China and other countries to obtain information, research markets and promote trade," he said in an interview with Xinhua before his trip to China.

This expo is an important opportunity for Vietnam to promote its national image and strengthen trade and investment promotion activities, said Phuc, who left for China on Sunday leading a high-level Vietnamese government delegation and entrepreneurs to attend the CIIE slated for Nov. 5-10 in Shanghai.

Vietnamese companies will have opportunities to trade and expand cooperation with entrepreneurs and investors from all over the world, Phuc said, expressing his gratitude to the Chinese government for inviting Vietnam to participate in the CIIE as a guest of honor.

Through this expo, Vietnam looks forward to serving as a bridge between the ASEAN (Association of Southeast Asian Nations) Economic Community and China, and continues to make good use of the ASEAN-China Free Trade Area, contributing to the overall development of ASEAN-China economic and trade relations, he said.

Phuc said Vietnam and China are connected by mountains and rivers, and their traditional friendship has been carefully cultivated and continuously consolidated by leaders and peoples of the two countries.

In recent years, with the joint efforts of the two parties, the two countries and peoples, the comprehensive strategic cooperative partnership between Vietnam and China has developed finely and reaped many encouraging achievements, he said.

The biggest and most outstanding achievement is that the two countries have constantly reinforced and developed their political, diplomatic and economic ties, he added.

Phuc said achievements in political and diplomatic relations between Vietnam and China have laid a foundation for the development of investment, trade and economic ties.

Regarding bilateral economic ties, Phuc said that the two countries have reached many cooperative agreements and deals. China has become one of Vietnam's most important trading partners with the two-way trade surging, and trade imbalance gradually improving.

Exchanges between the two peoples, especially youths and people living in border areas, are vigorous, substantial and diverse, making positive contributions to enhancing the bilateral traditional friendship, he noted.

The prime minister pointed out that tourism cooperation between Vietnam and China has continued to advance in recent years, and China is Vietnam's largest source of foreign visitors.

In 2017, Vietnam saw more than 4 million arrivals of Chinese tourists, up 48.6 percent against 2016, accounting for over 30 percent of the total international arrivals to Vietnam, he said.

In the first 10 months of this year, Vietnam welcomed around 4.2 million arrivals of Chinese visitors, a year-on-year increase of 28.8 percent. Meanwhile, about 3 million Vietnamese people visit China each year, Phuc said.

Phuc said that in 2017, Vietnam and China signed a memorandum of understanding on joint implementation of China's Belt and Road Initiative and Vietnam's "Two Corridors and One Economic Circle" plan, noting that the two countries have cooperation potential in promoting connectivity in policy, infrastructure, trade, finance and people-to-people links.

He proposed that Vietnam and China focus on fostering cooperation for the access of Vietnamese enterprises and advantageous commodities, such as agricultural products, seafood, fruits, and electronic products, into the Chinese market, and actively promote trade balance and sustainable development.

The Vietnamese government has instructed ministries and sectors to coordinate with the Chinese side to concretize the above-mentioned cooperation, and work out specific cooperation plans on connecting the "Two Corridors and One Economic Circle" with the Belt and Road Initiative, he said.

He believed that this will bring real benefits to people of the two countries and contribute to their common development.

Phuc said the two sides should continue to implement the important consensus reached by leaders of the two countries, strengthen exchanges of high-level visits and contacts, promote friendly exchanges and mutually beneficial cooperation, and bring practical benefits to the two peoples.

With the care and guidance of leaders of the two parties and the two countries and with the joint effort of agencies at all levels, sectors, and peoples of the two countries, the comprehensive strategic cooperative partnership between Vietnam and China will certainly make stronger and bigger progress, contributing to peace, stability and prosperity of the region and the world, the Vietnamese prime minister said.