Envisaged as a major platform to demonstrate China's determination to deepen its economic globalization, the China International Import Expo, or CIIE, has received a warm welcome in foreign countries. 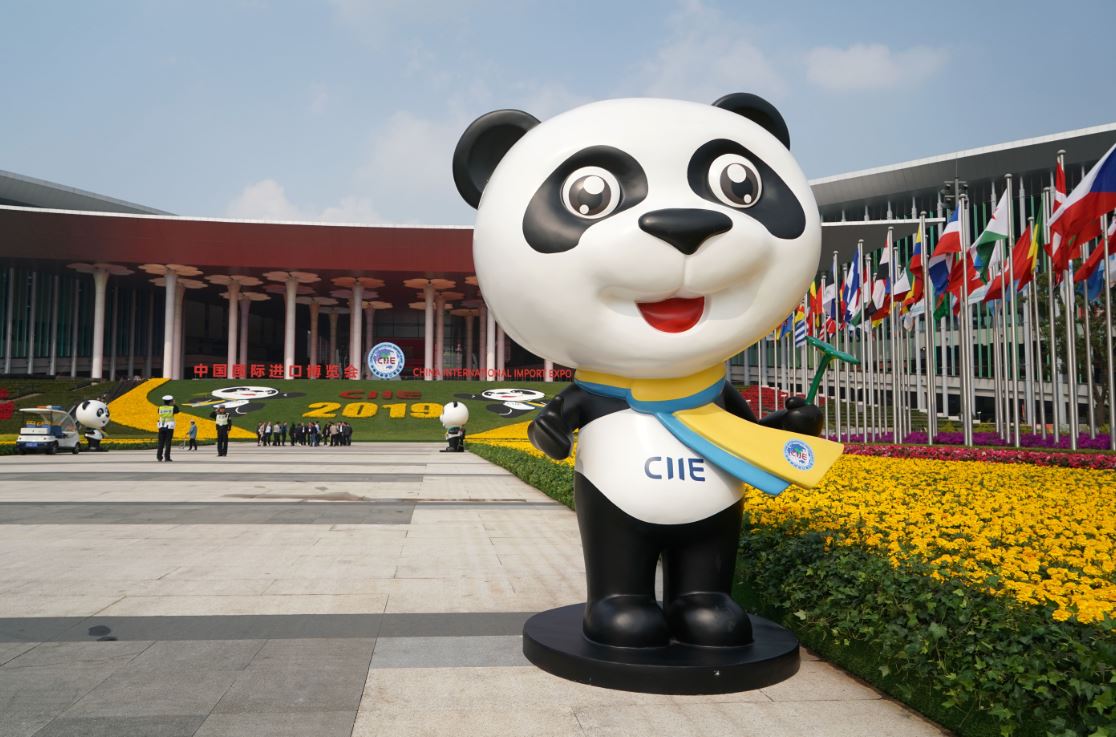 Jinbao, the mascot of the China International Import Expo (CIIE). The third CIIE, which will offer quick and easy access to the Chinese market, is scheduled to run from Nov 5 to Nov 10, 2020 in Shanghai. (Photo: Xinhua)

Led by officials from the CIIE bureau, the event organizer, roadshows encouraging local enterprises to participate in next year's event were held in Spain, Greece and Belarus from Dec 8 to 16.

"The CIIE is an important window to do business and forge friendships with China. We are happy to organize more local enterprises to participate in the expo for their own benefit," said Mario Rubert, director of the Promotion of Foreign Economic Activity at Barcelona Activa.

As one of China's most important trading partners in the European Union, Spain had 40 companies who exhibited a wide range of offerings including Spanish ham and bluefin Tuna at the second CIIE. Partnerships worth over $522.52 million were reached between Chinese and Spanish enterprises, up 46.85 percent compared with the inaugural edition.

Impressed by what the import expo offered, Greece's former deputy minister of foreign affairs Dimitris Kourkoules said that Greek businesses had achieved fruitful results during the second expo which helped to boost exports and reduce the trade deficit between the two countries.

Kourkoules, who is also a member of the board of directors at Enterprise Greece, also expressed hopes that the country could attend the 2020 event next November.

As one of the guest countries of honor at the second CIIE, the Greek delegation comprised more than 60 businesses and was led by Prime Minister Kyriakos Mitsotakis.

A two-year participant of CIIE and an all-weather friend of China, Belarus has also attached great importance to next year's expo, said Vladimir Ulakhovich, chairman of the Belarusian Chamber of Commerce and Industry.

Ulakhovich hailed the expo as a major platform for Belarusian enterprises to explore the Chinese market.

The Chinese-Belarusian Industrial Park, also known as Great Stone Industrial Park, was featured at the second CIIE within a 120-square-meter exhibition area. The park has become one of the landmark projects under the Belt and Road Initiative.

Held from Nov 5 to 10, the second CIIE drew over 3,800 enterprises from 181 countries, regions and international organizations, with intended deals for one-year purchases of goods and services topping $71.13 billion, a sharp rise compared to 2018.