BRI NEWS Commentary: AIIB can be a key benchmark for BRI

Commentary: AIIB can be a key benchmark for BRI

At a time when global cooperation is under fire from waves of populism and a turn toward unilateralism, the Asian Infrastructure Investment Bank (AIIB) has emerged as a beacon of multilateralism. Moving forward, the successful AIIB model can offer a useful reference to augment the China-proposed Belt and Road Initiative (BRI). 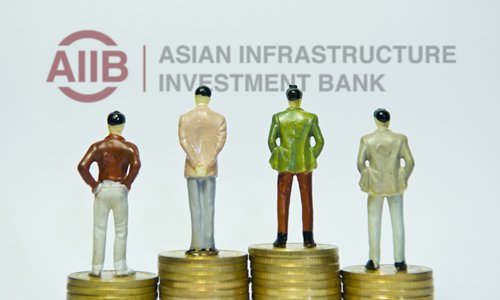 Since it was established in 2015, the AIIB has surpassed expectations in growth and has several achievements. The number of members has increased from the initial 57 to 97. Based on high standards in investment and operations, the bank has received a 3A rating from three of the most authoritative credit rating companies.

In only three and a half years, the AIIB has approved nearly 40 projects in 16 countries with an accumulated investment of $8 billion. To date, India has been the largest beneficiary. These investments have made significant contributions to connectivity and development in Asia.

What lies behind this success and what lessons does the AIIB offer that could be applied to other dimensions of the BRI? Since the creation of the AIIB, multilateralism has been embedded in its leadership and organizational structure. The bank's 230 full-time staff hail from 44 countries and regions, with the 12 members of the executive board representing different nations. The bank's president is Chinese, while the five vice presidents all come from different countries. This broad international representation, along with consensus-driven strategy and policy formulation, means the AIIB can maintain the most rigorous policymaking standards and fair and balanced decision.

At the operational level, the AIIB has been innovative in financing and investment and working with other multilateral institutions. Shortly after its creation, the AIIB began working with the World Bank, the Asian Development Bank and other institutions, while also drawing in private capital to solve financing shortfalls by issuing securities.

By instilling multilateralism in its organizational DNA and following an innovative, collaborative approach to financing solutions, the AIIB has helped support Asia's regional integration and improved global governance.

In a multipolar world where many of the challenges we face are complex and transnational, effective global governance must be built on multilateralism. In this regard, the AIIB offers a valuable model that can be replicated and applied to various contexts.

While the BRI has made great strides forward, there is scope for the initiative to be further improved by adopting multilateral mechanisms, like the AIIB, to enable inclusive participation and address misunderstandings.

The BRI could draw on the AIIB's organizational structure and decision-making processes as a reference in building international guiding bodies. For example, a BRI International Cooperation Committee and secretariat could be created, including representatives from various countries and international organizations. More international talent could be recruited at various levels. This would allow the initiative to adapt to diverse geographies while highlighting its inclusive nature.

In addition, the BRI could follow the AIIB model of cooperating with and learning from more international organizations. The BRI can also be flexible and open in terms of financing channels, including attracting private capital.

The success of the AIIB has demonstrated China's ability to participate in and offer innovations for global governance. Moving forward, the bank can offer useful lessons for "multilateralization" of the BRI, so that the initiative can fulfill its promise to contribute to comprehensive development of all of Asia and the world.