Commentary: Asia-Pacific region to shape the future through openness 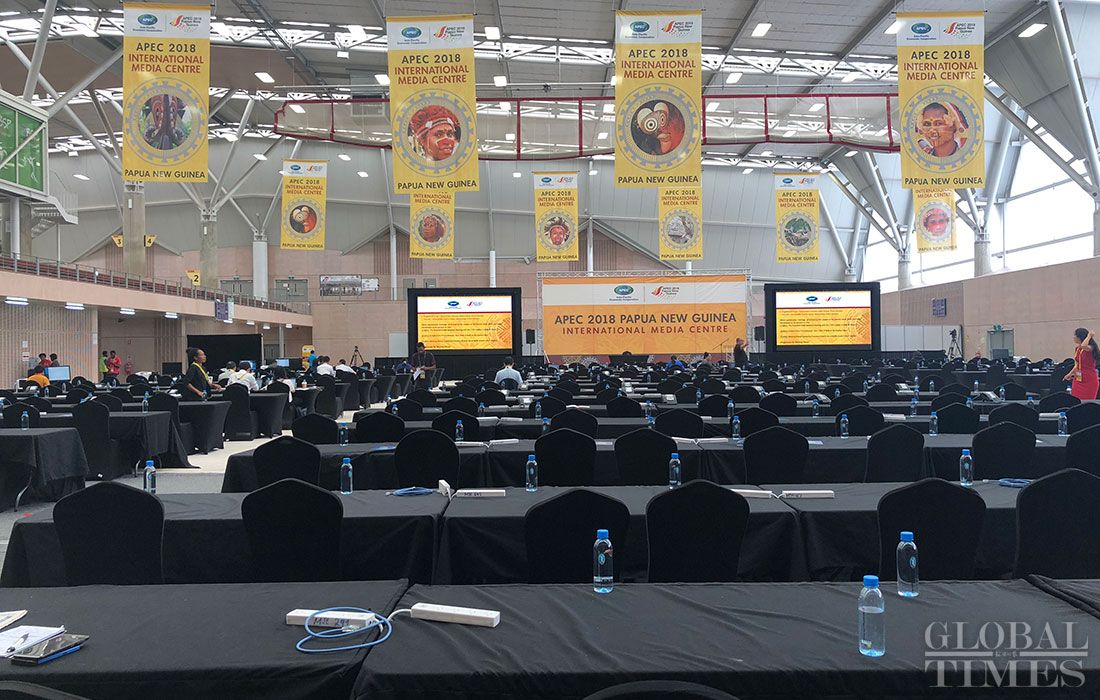 The meeting receives high attention from all parties as it is held when international economy is going through profound changes, when multilateralism and multilateral trading system are threatened, and when Asia-Pacific economic cooperation is coming to a key stage.

The APEC region has been an important engine driving global economic growth thanks to its members’ commitment to free trade and pursuit for open economy. For decades, the region’s trade growth has outrun economic growth, and percentage of trade in GDP has surpassed global average.

It is hoped that the meeting in Port Moresby this time will keep holding high the banner of trade liberalization and investment facilitation, clearly support multilateral trading system and oppose protectionism, so that the Asia-Pacific region will move ahead along an open, inclusive track of win-win cooperation in a sustained and stable manner.

To build the Free Trade Area of the Asia-Pacific (FTAAP) is a premise for higher-level economic integration of the Asia-Pacific region, and it conforms to the long-term interests of each party. It is hoped that more concrete actions can be taken at the 26th APEC Economic Leaders' Meeting to accelerate the building of the FTAAP.

Under the theme “Harnessing Inclusive Opportunities, Embracing the Digital Future,” this year’s APEC meeting is expected to deepen pragmatic cooperation in digital economy, promote the establishment of an all-round and compound network of interconnectivity, and facilitate inclusive growth, so as to bring more welfare to people in the Asia-Pacific region.

China firmly supports, participates in, and contributes to the Asia-Pacific economic cooperation. The 2014 APEC Economic Leaders’ Meeting in Beijing presided over by President Xi has made a series of historic achievements in the promotion of the FTAAP, connectivity, economic reform, innovation-driven development and urbanization, injecting new energy into the development of APEC and the Asia-Pacific region.

By actively implementing the results of each previous APEC meeting, including the 2014 APEC summit in Beijing, and advancing Asia-Pacific economic cooperation with practical solutions, China has played a leading role in the promotion of APEC and Asia-Pacific development.

China commits itself to shaping the future through an Asia-Pacific partnership that is built on mutual respect and trust, inclusiveness, and win-win cooperation. The country also advocates for the fostering of an open economy in the Asia-Pacific featuring innovative development, interconnected growth and converging interests.

In today’s world, China has highly integrated its economy into the Asia-Pacific. China’s trade with APEC members has accounted for 59 percent of its total foreign trade, and China is the largest trading partner of 16 APEC members.

China is accelerating reform and innovation of institutions and mechanisms, and striving for an international business environment established on market principles and the rule of law. This year, China has moved up 32 places in the World Bank’s Doing Business Rankings in comparison to its performance last year.

Connectivity is of vital importance for Asia-Pacific region’s synergetic development. China actively promotes and implements the APEC connectivity blueprint, and endeavors to align the region’s connectivity cooperation and the Belt and Road Initiative.

In addition, China has established a fund to boost interconnectivity under the framework of APEC, and provided support for related projects, injecting strong momentum for the long-term development of the Asia-Pacific region.

By extensively participating in APEC pragmatic cooperation, as well as carrying out economic and technological cooperation and capacity building projects, China is helping other developing members of the APEC to improve independent development, so as to ensure that no one is left behind by the tide of economic globalization.