Could Cambodia surpass the US by any chance? Many may regard it a fantasy. But in view of the present situation, it might become reality someday that Cambodia would catch up with and even overtake the US in the field of 5G technology. 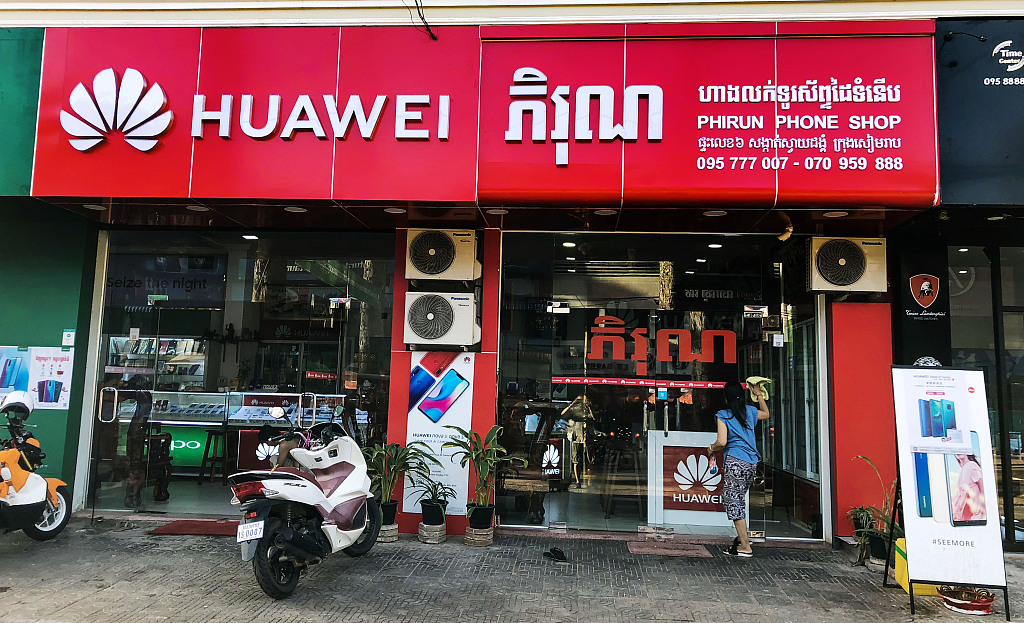 According to the IMF's report, Cambodia ranked 109th out of 190 selected countries in 2018 in terms of GDP, having a tremendous gap with the world's largest economy. However, it is emerging technology that has provided a huge possibility for such a country to achieve development by leaps and bounds.

It was reported that Cambodia's leading mobile operator Smart Axiata is working with China's Huawei for the 5G live trial showcase in Cambodia, hoping to "bring 5G to commercial operations" by the end of 2019.

This is not the first time that Huawei has partnered with Cambodian telecom companies. The Chinese company helped the Southeast Asian country build its 4G networks in 2014 and then 4.5G in 2017, which was 10 times faster than the former.

With Huawei's support, Cambodia's network coverage rose sharply from around 55 to 86.7 percent from 2017 to 2019. With such promising progress, it is no longer a dream for the country to enter the 5G era and for every citizen to have access to the internet.

5G technology is new and still emerging, which allows every country to stand on the same starting line, and create equally huge space. With such momentum, it might indeed come true that Cambodia will greatly narrow its gap with the US in terms of 5G technology, at least with certain regions inside the US.

Cambodia is not the only case. While focusing on making profits, Huawei also hopes to enable more underdeveloped countries and their peoples afford its advanced 5G technology. The company has been doing great in pursuing both.

In February, Thailand launched a "Huawei Technologies 5G test bed" even amid the US crackdown on Huawei worldwide. In June, the Philippines rolled out Huawei-backed 5G services. Indonesia's telecom company Telkomsel also signed in February a memorandum of understanding with Huawei to collaborate on "building a fully connected digital Indonesia".

The Los Angeles Times quoted analysts as saying Huawei's products are "equal to or better than those of Western rivals such as Nokia and Ericsson, and often 20 to 30 percent cheaper."

Nonetheless, such a leading Chinese enterprise has long been falsely taken by the US and its allies as a "thief" who steals intellectual property and a "puppet" controlled by the Chinese government.

Such a crackdown is certainly a misfortune for China, but also adverse for developing countries like Cambodia. Huawei's cooperation with Southeast Asian nations can benefit regional development, but the US crackdown precisely stifles such development opportunities and goes against the interests of these countries.

In addition, Southeast Asia is in favor of foreign investment, including those from the US. Blindly suppressing Huawei will not only harm others, but also backfire on the US.

China and Chinese companies like Huawei have never wanted to pursue hegemony, but have only been willing to help developing countries. What Southeast Asia needs is other countries' support rather than negative efforts to create strife and divisions.