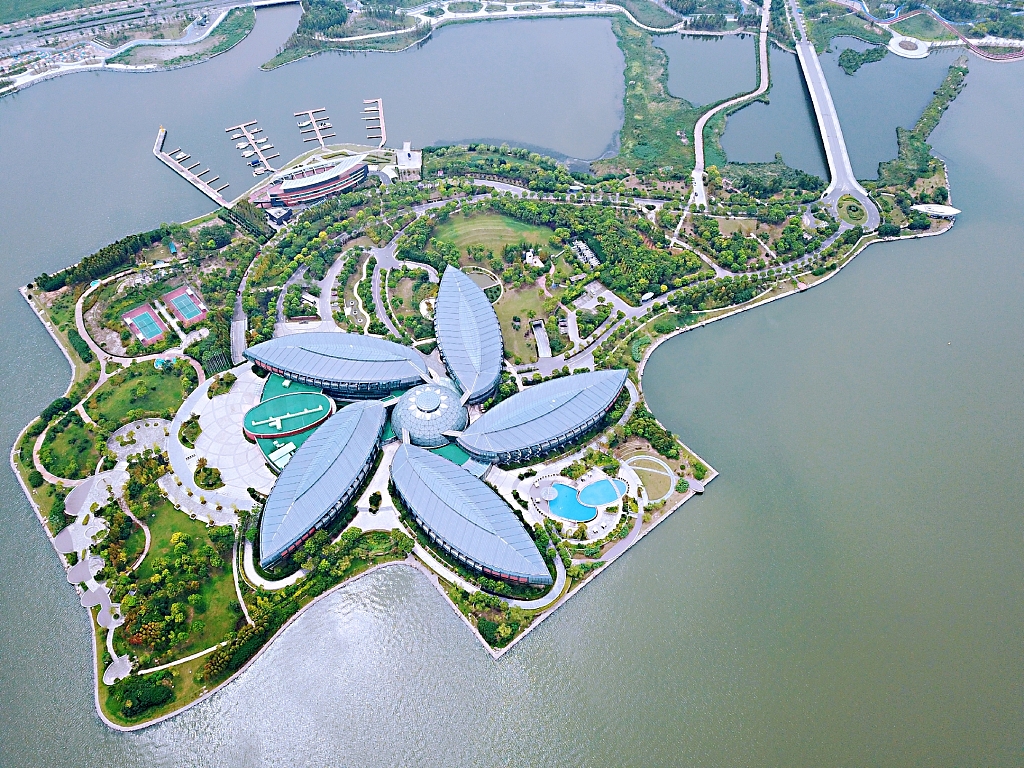 BEIJING, Aug. 29 (Xinhua) -- Despite trade protectionism and unilateralism continually bringing unsettling news to businesses around the world, China never disappoints those who are confident in its consistent support of free trade, as shown by its recent launch of several new pilot free trade zones (FTZs).

China's State Council has recently released an inspiring plan to add another six new pilot FTZs on top of its 12 already-existing ones and to flesh them out in the provincial-level regions of Shandong, Jiangsu, Hebei, Guangxi, Yunnan and Heilongjiang.

Now, China's pilot FTZs feature a deeper level of liberalization and facilitation for foreign trade, capital, investment and talent, and a wider level of market access for foreign companies, with a shortened negative list that prescribes their off-limits.

Under that framework, new pilot FTZs are given more autonomy to experiment with new patterns in transforming government functions, managing foreign investment, facilitating foreign trade and attracting global talent, based on their differentiated advantages and conditions.

The pilot FTZ in Jiangsu will strengthen the interaction between the financial sector and the real economy, while in Hebei, biomedicine and health industries will be further opened to global partners.

Geographically, the launch of new pilot FTZs marks the full coverage of coastal provincial-level regions as well as the inclusion of border regions into the plan for the first time, taking China's opening-up to a broader level.

In general, new pilot FTZs will strengthen global cooperation in technology research and development and pursue industrial upgrading as a major task, echoing the country's mission of economic transformation to high-quality development.

China initiated piloting FTZs in Shanghai in 2013, followed by another 11 FTZs in its coastal regions before the latest expansion. In the first half of this year, China's 12 current FTZs have attracted foreign investment of nearly 70 billion yuan (about 9.88 billion U.S. dollars), accounting for 14 percent of the country's total.

When free trade is facing severe challenge around the world, with increasing amounts of cross-border trade deals canceled, tariffs imposed, capital flow thwarted and talent mobility blocked, it takes more efforts than imagined to restore the global economy back to a multilateral and mutually beneficial state.

Despite the difficulties, China will shoulder its responsibilities as a major economy, within and beyond its free trade zones.