China’s new policy to the Arab world announced by Chinese President Xi Jinping has pointed a clear direction and become a fundamental principle for Sino-Arab relations in the new era. 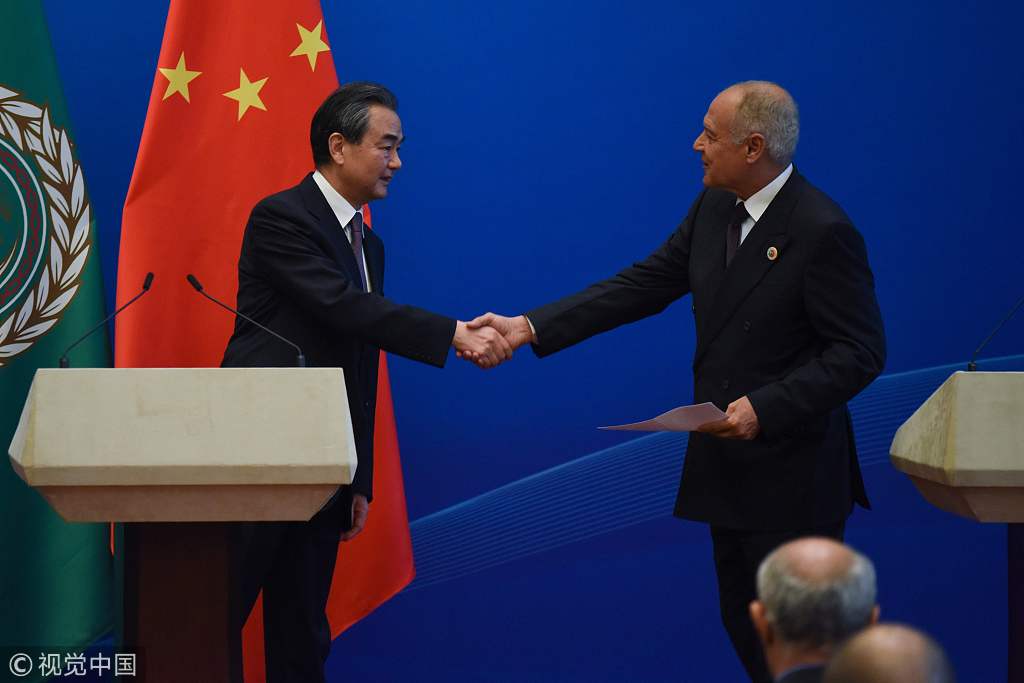 Arab League Secretary-General Ahmed About Gheit (R) shakes hands with Chinese Foreign Minister Wang Yi (L) after a press conference during the 8th Ministerial Meeting of China-Arab States Cooperation Forum at the Great Hall of the People in Beijing on July 10, 2018. (Photos: VCG)

China and Arab countries had agreed to establish a "future-oriented strategic partnership of comprehensive cooperation and common development", Xi said in a speech delivered at the opening ceremony of the eighth ministerial meeting of the on July 10 at the Great Hall of the People in Beijing.

It was the third time that Xi has articulated China's policy to the Arab world after his speeches at the sixth ministerial meeting of the CASCF in 2014 and Arab League headquarters in 2016.

China and Arab countries have always been good partners and brothers that support and benefit from each other, from conducting busy commercial exchanges along the ancient Silk Road to building the Belt and Road together.

Xi proposed to joint construct of the Belt and Road Initiative with Arab countries in 2014. Since then, the Initiative has driven forward Sino-Arab relations in all fields and pushed Sino-Arab comprehensive cooperation onto a new stage.

Over the last four years, China and Arab countries have further cemented the "1+2+3" cooperation pattern featuring energy cooperation as the core, infrastructure construction and trade and investment facilitation as the two wings, and taking the new frontier technologies in the fields of nuclear energy, space satellite and new energy as the three breakthroughs.

Under these efforts, a comprehensive framework of co-building the Belt and Road in the Middle East is rapidly being formed.

Only by knowing our historical position can we see where we will go. Standing at a historical point of uniting and rejuvenating developing countries and with a view to the long-term interests of the two sides, Xi drew a new blueprint for Sino-Arab relations in his speech.

He said China and Arab countries should uphold peace and stability in the Middle East, safeguard fairness and justice, promote common development and learn from each other as friends do.

He also proposed to make contributions to building a community with a shared future for China and Arab countries and for all mankind by enhancing strategic mutual trust, realizing dreams and rejuvenation, promoting mutual beneficial and win-win cooperation, and propelling inclusiveness and mutual learning.

The President called on relevant sides to accurately grasp the trend of history, sincerely respond to people’s voices and jointly help the Middle East find a new path toward all-round revitalization. 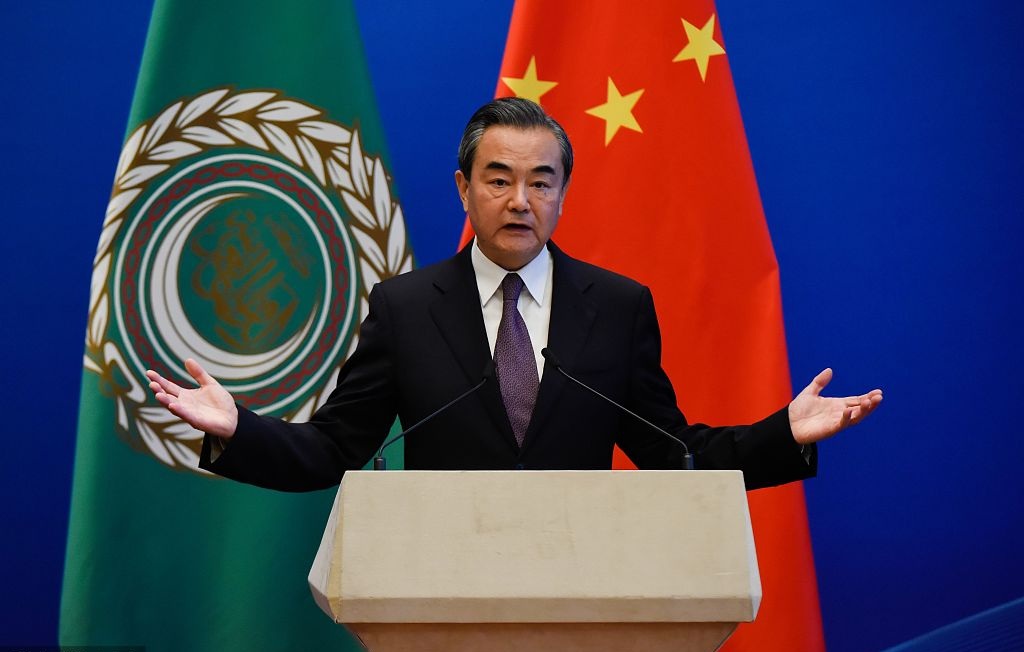 Chinese Foreign Minister Wang Yi gives a speech at a press conference during the 8th Ministerial Meeting of China-Arab States Cooperation Forum at the Great Hall of the People in Beijing on July 10, 2018.

The Chinese proposals, in line with the development of each country, have been warmly lauded by the foreign guests.

Kuwaiti Emir Sheikh Sabah Al-Ahmad Al-Jaber Al-Sabah said his country has fully felt the sincerity from China during cooperation with the latter and has absolute faith in the direction chartered by Xi.

“The word proven by actions is the most powerful.” “If you want to go fast, walk alone; and if you want to go far, walk together.” “Actions are fruits while words are but leaves… Xi has quoted Arab proverbs on many occasions to express the importance of Sino-Arab down-to-earth cooperation and common actions. He has been continuously introducing new impetus into Sino-Arab cooperation.

China will take a slew of measures to boost Sino-Arab relations, Xi disclosed. The country will launch a special programme to help economic reconstruction via industrial revitalization and continue to provide humanitarian aid to Arab countries.

Xi announced that China will set up a China-Arab states bank consortium. China looks forward to the participation of Arab countries in the first China International Import Expo to be held in Shanghai this November, Xi said. In the next five years, China will invite all Arab countries to exhibitions and trade and investment fairs held in China.

The Chinese president also announced the official launch of the China-Arab Press Center, the China-Arab E-library Portal and the fourth Arabic Arts Festival.

Saudi Foreign Minister Adel bin Ahmed al-Jubeir, who was also co-chairman of the forum, repeatedly expressed his firm support to the new measures, thinking they will bring the two peoples closer and are bound to benefit all mankind.

As two important players in the international political arena, China and Arab countries should advance their cooperation in step with progress of the world and that of history. Sino-Arab cooperation now stands at a new historical starting point as China has entered the new era of socialist construction and Arab countries are in a key period of reform and self-improvement.

By carrying forward the Silk Road spirit and making concrete steps, China and Arab countries will inject impetus into respective national rejuvenation and make contributions to global peace and development.