Aerial photo of the China-Maldives Friendship Bridge in Maldives is taken on Aug. 22, 2018. (Photo: Xinhua)

The Belt and Road Initiative has brought tangible benefits to participating countries after six years' joint construction, winning applause and support from across the world.

BEIJING, Sept. 14 (Xinhua) -- Since China launched the Belt and Road Initiative (BRI) in 2013, six years' joint construction with participating countries has not only brought remarkable progress to regions along the routes, but also helped speed up global cooperation.

"We shared the view that cooperation under the BRI has opened a gateway to opportunities for common prosperity," Chinese President Xi Jinping said at the Second Belt and Road Forum for International Cooperation in April. As his words still echo, the joint Belt and Road construction is benefiting a bigger population and has been welcomed by more countries.

Centuries ago, lucrative silk trade was carried out by caravans across sun-scorched deserts between the two ends of the Eurasian continent. Another merchant route was established on sea, linking China, Southeast Asia, the Indian subcontinent, and finally Europe and Africa.

Traders and explorers traveled back and forth along the land and sea routes, facilitating commerce and contact between East and West.

History has left more than just the paths. Inspired by the legacy of these historical commercial routes, in 2013, China proposed the BRI, an initiative which comprises the Silk Road Economic Belt and the 21st Century Maritime Silk Road.

"Before, just imagine, driving a camel train from China to Europe, it would take months and months and months. Now, if you build a nice high-speed rail, it will take only one day," Malaysian Prime Minister Mahathir Mohamad said on Sept. 2 during a visit to Cambodia.

As a result of the China-proposed BRI, Mahathir said, "communication will improve, and therefore, trade will also follow, so these routes, if you keep them open, they will benefit all the countries along the way. Certainly, East and West will become closer together."

Guided by the Silk Road spirit, the initiative seeks to pool the efforts of the world to blaze a new trail for shared development and common prosperity through cooperation in five major areas --  policy coordination, connectivity of infrastructure and facilities, unimpeded trade, financial integration, and closer people-to-people ties.

Policy coordination is key to smooth cooperation. So far, China has signed policy agreements with other BRI participants on rules and standards, taxation, intellectual property protection and disputes settlement.

Notable headway has been made in infrastructure development. The flourishing BRI cooperation has expedited trade and investment flows, allowed for easier financial access, and created more extensive people-to-people exchanges across Asia, Europe, Africa and beyond. 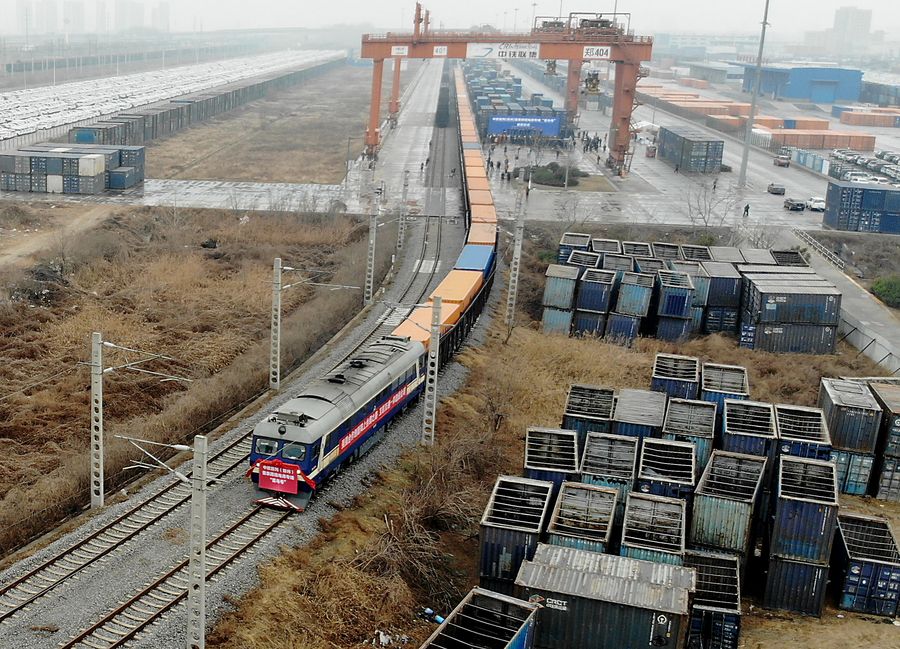 The grand vision for common development through greater connectivity among countries and regions has won applause and support from across the world.

So far, 126 countries and 29 international organizations have signed cooperation agreements with China on jointly building the Belt and Road. Two BRI forums for international cooperation have successfully been held in Beijing with broad consensuses and fruitful outcomes. Numerous programs under the framework are underway.

Trade in goods between China and countries and regions along the Belt and Road registered a volume of more than 6 trillion U.S. dollars from 2013 to 2018, during which more than 244,000 jobs were created for the locals. China's direct foreign investment under the framework has exceeded 90 billion dollars.

According to Bernadette Deka-Zulu, executive director of the Policy Monitoring and Research Center in Zambia, China has already shown commitment and earnest in the BRI process and it was up to individual partner countries to tap into the initiative and come up with programs that will yield their desired benefits.

In the past six years, China has signed 173 cooperation documents with its BRI partners, which include currency swap agreements with 20 countries along the Belt and Road and RMB clearing arrangements with seven countries.

The China-Europe freight trains, connecting China with 50 cities in 15 European countries, had completed more than 14,000 trips by the end of March 2019.

At home, the BRI also seeks to facilitate the development plans of the Beijing-Tianjin-Hebei region, the Yangtze Economic Belt and the Guangdong-Hong Kong-Macao Greater Bay Area, securing tangible benefits for the Chinese people.

The BRI, with the principle of extensive consultation, joint contribution, and shared benefits, helps bring mutually beneficial cooperation to a much greater level. 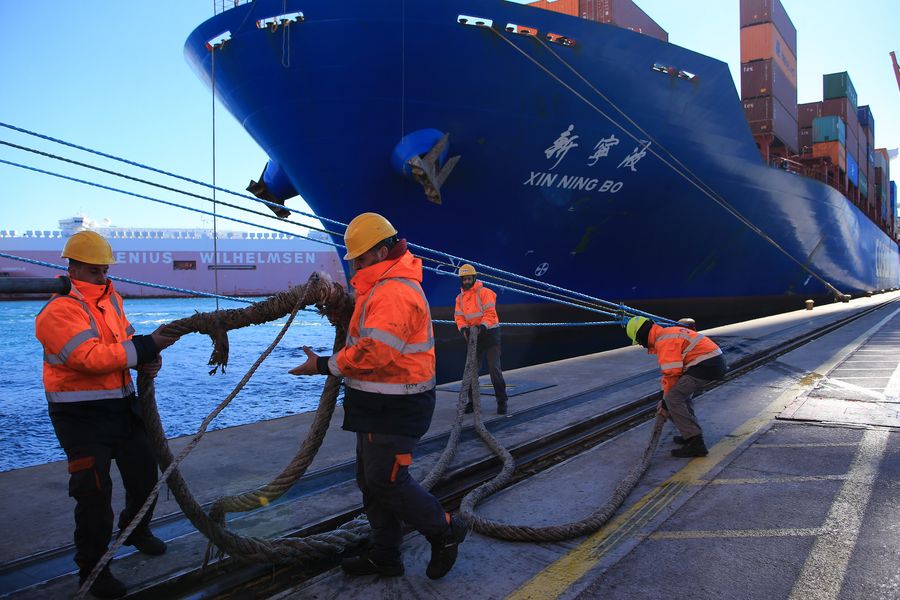 Kin Phea, director-general of the International Relations Institute of Cambodia, an arm of the Royal Academy of Cambodia, said in August that the BRI has immensely contributed to enhancing economic growth and development in the Association of Southeast Asian Nations (ASEAN) as well as in the world at large.

Over the past six years, the developing countries in particular have witnessed remarkable upgrades to their infrastructure.

Smooth progress is underway in China-Laos Railway and China-Thailand Railway projects. The Nairobi-Mombasa railway funded and built by China has carried more than 2.5 million passengers and nearly 3.9 million tons of cargo since its launch in May 2017.

In Ethiopia, a new China-assisted terminal at its capital airport was inaugurated earlier in January to accommodate 22 million passengers annually -- tripling the airport's previous capacity and marking a major step taken by Ethiopia towards becoming a key aviation hub of the African continent.

Co-managed by China's COSCO SHIPPING Group, Greece's Piraeus port has seen its container handling capacity increase fivefold since 2010 to 4.9 million TEUs (twenty-foot equivalent units) in 2018. It now ranks 36th among the top 100 ports worldwide on the Lloyd's List, a major industry parameter, up from the 93rd when the Chinese group first joined.

Such progress has not yet covered energy and telecommunications, two areas which have been remarkably boosted by the BRI, delivering business opportunities not just for Chinese companies, but enterprises worldwide.

In building a wind corridor in Pakistan's Sindh province, for example, U.S. multinational conglomerate General Electric is contracted to work with PowerChina to provide wind turbines as well as provide 10-year operation and maintenance services.