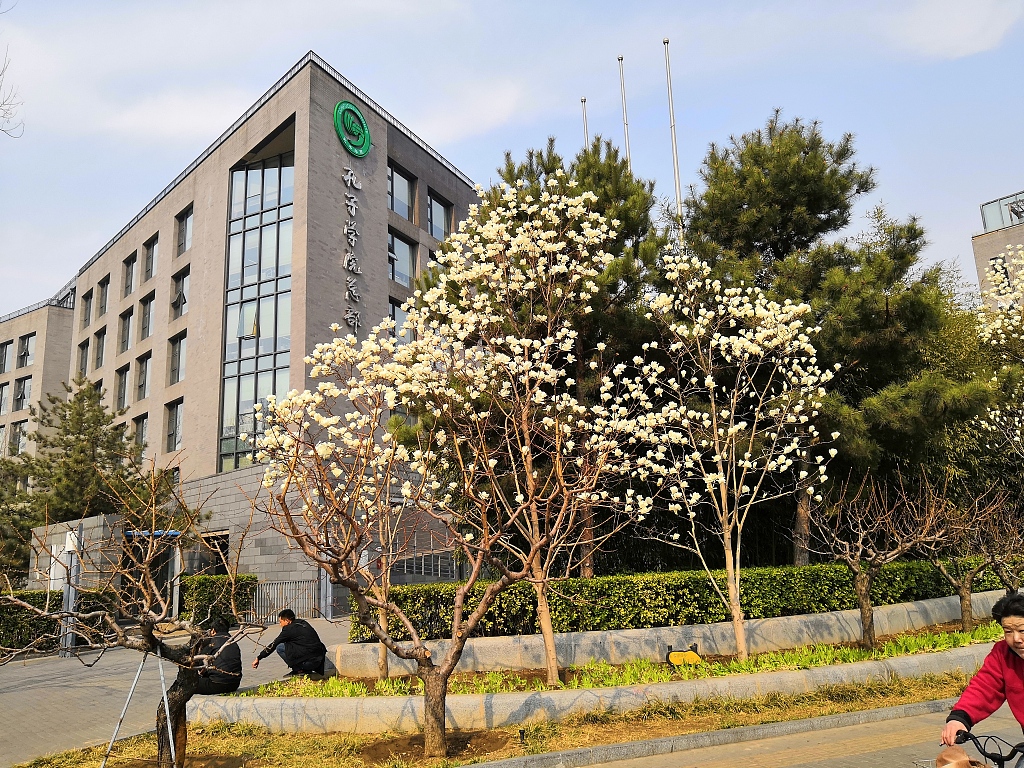 Yuan Jiajun, governor of Zhejiang Province in east China, and Ghaleeb Jeppie, director of International Office at the South African Department of Higher Education and Training, jointly unveiled the plaque of the CICM.

Headquartered at the UWC, the CICM integrates traditional and modern Chinese medicine science with Chinese language teaching, which will open a new window for South Africans to understand Chinese culture and build a new bridge for cooperation between China and Africa in the field of traditional medicine.

The CICM was hailed as witness to rapid development in the relationship between China and South Africa.

The relationship between China and South Africa has entered a "golden harvest" season, which provides a good environment for the development of Confucius institutes in South Africa, said Lin Jing, Chinese General Consul in Cape Town.

With the deepening of friendship between China and South Africa, time has ripen for the establishment of the CICM at the UWC, Lin said.

This new Confucius Institute will play an important role in education and cultural exchanges between China and South Africa, especially in promotion of traditional Chinese medicine in South Africa, said Lin.

It is another important achievement of the cultural exchanges and practical cooperation between the two countries, and also the implementation of capacity building and people-to-people exchange in the "Eight Major Initiatives" proposed by Chinese President Xi Jinping at the Beijing Summit of the Forum on China-Africa Cooperation (FOCAC) last year, Lin said.

With the CICM, the mission of the Confucius Institutes in South Africa has expanded from language teaching to a broader field, lifting the level of people-to-people exchange and educational cooperation between China and South Africa to a new height, Lin noted.

Meko Magida, executive director for human resources at the UWC, called the launch "a remarkable occasion" for the UWC because the ceremony marked the completion of a two-year journey to have the CICM at the university.

"Our process of engagement started in 2017 because we believe (it is good) to expand our networks of cooperation and expose our students to a wider world of culture and knowledge," said Magida.

The UWC's Rector Prof. Tyrone Pretorius visited China late last year to sign the agreement that finalized the establishment of the CICM, according to Magida.

Over the next years, the UWC will use this platform to work with Chinese universities in a range of areas and activities -- culture, language, Chinese medicine and academic research, said Magida.

The CICM will help facilitate academic cooperation among the universities in South Africa and China, she said.

One of the UWC's goals as a research institution is creating networks of cooperation across the globe because the UWC believes that collaboration and international mobility make science stronger, Magida said.

"By removing geographical boundaries and learning from each other, we can tackle the biggest issues facing society today," she said.

In addition to the CICM, South Africa is home to six Confucius Institutes and three Confucius Classrooms, the largest number in Africa.

As early as 2001, South Africa legalized Chinese medicine, becoming one of the first countries in the world that recognize Chinese Medicine.

The Chinese medicine, which encompasses acupuncture, is one of the world's largest medical systems, serving more than 1.5 billion people worldwide.