CPEC emerging as a connectivity plug

The announcement by China and Pakistan for inclusion of Afghanistan into China Pakistan Economic Corridor (CPEC) the flagship project of Belt and Road Initiative (BRI) has signaled that Chinese connectivity initiative will finally connect the disconnected South Asian, East Asian and Central Asian regions. 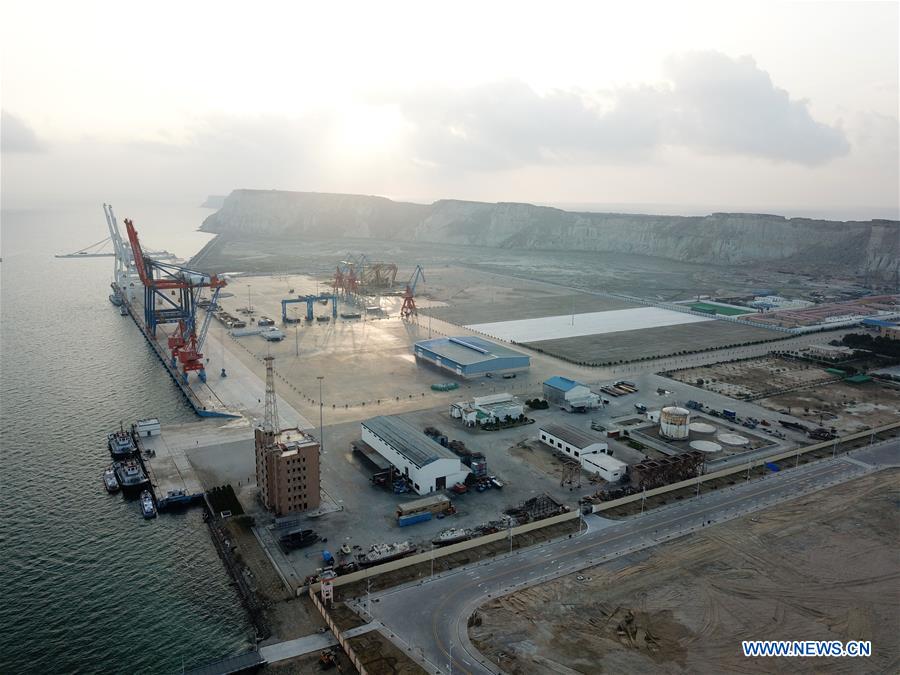 The announcement came out following a recent successful visit of Pakistani Prime Minister Imran Khan to China where both countries adopted such strategic measures which will broaden the scope of CPEC.

While addressing to a trilateral dialogue between China, Pakistan and Afghanistan recently, Chinese ambassador Yao Jing urged Afghanistan to join the Belt & Road Initiative as well as the CPEC.

Addressing the opening session of the 4th Trilateral Dialogue between China, Pakistan and Afghanistan, the Chinese envoy said, “Kabul can also act as a bridge to help expand connectivity between East, South and Central Asian regions.”

The new government of Pakistan established following the general elections held on July 25 has also formally invited the Afghanistan to become a part of a great economic package.

The significant strategic decision really opened the pathways for the international community to be a part of development scheme which on one side will connect China and South Asia with Middle East and Africa while on the other side it is aimed to connect with Central Asia, East Asia and West Asia.

These announcements show the strategic dynamics of CPEC is emerging as a connectivity plug between different regions. The corridor stepping up as an engine for economic and trade integration between China, Pakistan and Afghanistan and beyond that towards Central Asian region, Middle East and Africa.

By opening the doors for other countries, both states have shown to the world that the project is getting ahead on a fast track for smooth execution and now it will be transformed into a multilateral initiative.

The commitment of both nations has also dispelled the baseless rumors of western media about the suspension of CPEC projects for one year and the Chinese “debt trap”.

The broadening of CPEC projects by enhancing the scope is changing the geopolitics of South Asia which will establish conducive and peaceful environment for the region.

The extension of CPEC shows the intensions of China and Pakistan that both states wish peaceful and stable environment in its neighborhood.

This step will deepen the geostrategic relationship between China, Pakistan and Afghanistan and it will also help in increasing the trust for tackling challenges attached to the long lasting peace for the region.

Invitation for Afghanistan to become a part of CPEC is a clear message for other countries that it is an open and transparent initiative which is restructuring the outdated and obsolete infrastructure in Pakistan alongside building the gigantic power projects helpful in tackling worst energy crisis of the country.

The Sino-Pakistan economic corridor worth of $60 billion whose construction is pushed forward by China is a “four in one” channel that covers road, railways, oil and gas pipelines and cables from China’s Xinjiang to Gwadar , a port in Southwestern Pakistan, and  a trade network that covers industrial parks , free trade zones and so on.

If Afghanistan realizes the docking with Sino-Pakistan economic corridor, it will win opportunities to develop its traffic and trade and strengthen the regional radio active role of Sino-Pakistan economic corridor, which will benefit the westward advance of the entire Silk Road economic belt. Afghanistan mainly relies on Pakistan’s port Karachi and Iran’s port Bandar Abbas for sea transportation.

After the construction of port Gwadar is completed, it will become the nearest port for Afghanistan.

The author is a Pakistani journalist graduated from Renmin University of China. He is also a media fellow of China-South Asia and South East Asia Press Center