Power plants under the China-Pakistan Economic Corridor (CPEC) have improved livelihood of Pakistanis by helping the government overcome severe electricity shortage to control load shedding, which sometimes lasted for 18 hours in a single day before the CPEC projects started injecting electricity into the national grid. 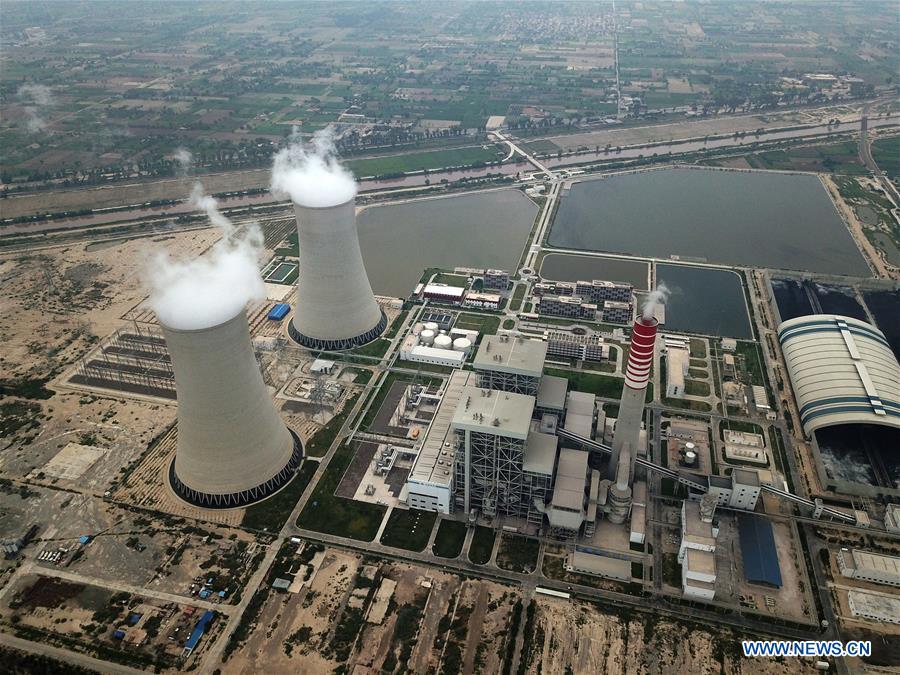 The power plants also consolidated the foundation of industrialization in the country at a time when existing industries were on the brink of closure due to unavailability of electricity.

The Sahiwal Coal Power plant, located in Sahiwal district of Pakistan's east Punjab province, is one of the power plants which addressed the electricity shortage of the energy-hungry country. Constructed within only 22 months and 8 days, 200 days ahead of schedule, the power plant generates 1,320 MW of electricity through its two units, meeting the energy requirement of 4 million families.

"The remarkable thing about this power plant is that it is very environmentally friendly, unlike the general perception that coal-fired power plants are hazardous to health. Independent monitoring agencies check the quality of air, water and soil in the area and submit their report to the Environmental Protection Agency of Punjab," Zohaib Hassan, environment engineer at the power plant told Xinhua.

"Apart from this we meet the local and the World Bank standards of environmental protection and controlling hazardous elements from entering the atmosphere," he added.

The power plant uses bituminous coal which has high burning content and low in hazardous elements like sulfur and nitrogen, making it friendly to environment. "We are already using environment-friendly coal to generate electricity, but despite that the plant is using super-critical technology to make sure that no harmful nutrients are released from the plant," Hassan said.

The power plant recently won the Annual Environment Excellence Award 2019 by the National Forum of Environment and Health for playing outstanding role in environmental protection.

"Chinese are using one of the latest technologies which are being used in the world, and they are by all means meeting the environmental protection standards set by the local environment authority and the World Bank. The emissions from the power plant are the cleanest as compared to the emissions from oil or gas power plants working in the country," Muhammad Fahim Khokhar, professor of Environmental Sciences in Pakistan's National University of Science and Technology, told Xinhua.

"There is not even a single institute, government office or regulatory authority in the country which said that the Sahiwal or other super-critical power plants installed in the country are hazardous to health, all the negative propaganda against the plants are coming from the people who do not even know about this technology," Khokhar added.

In the current situation of economy, Pakistan cannot opt for renewable sources of energy because they are way too expensive for Pakistan, the professor said, adding that making electricity from imported oil is also an expensive alternative which was already in process in Pakistan before the Chinese-built power plants.

"China is helping Pakistan to produce electricity on a cheaper price, and that too without harming the environment, which is not less than a blessing," he said.

The Sahiwal power plant has also planted more than 50,000 trees of the various classes and 140,000 square meters of turfs. In order to improve the ecological environment, different varieties of trees have been planted within the premises based on the climate in Pakistan.

Asmatullah Chaudhry, a farmer of Sahiwal district, had to suffer long hours of load-shedding before the power plant started its generation, and the absence of electricity sometimes affected his plan to irrigate his crops, but now he is a happy man as the Chinese investment in his neighborhood brought good changes in his life.

"My two brothers got job in the power plant during its construction phase, and with the savings we renovated our house. There used to be hours long load-shedding in summer, but now we got uninterrupted supply of electricity in the whole Ramadan, and very little load-shedding in other days," Chaudhry told Xinhua.

"Chinese have brought bliss in our lives, and I have heard that they are going to launch Chinese language learning classes in their training school, I want my daughter to learn Chinese and know about the culture of our brothers who brought many good things in our lives."