China’s cross-border e-commerce increased by 25 percent year-on-year in the first half of 2018, a research center reported Wednesday. 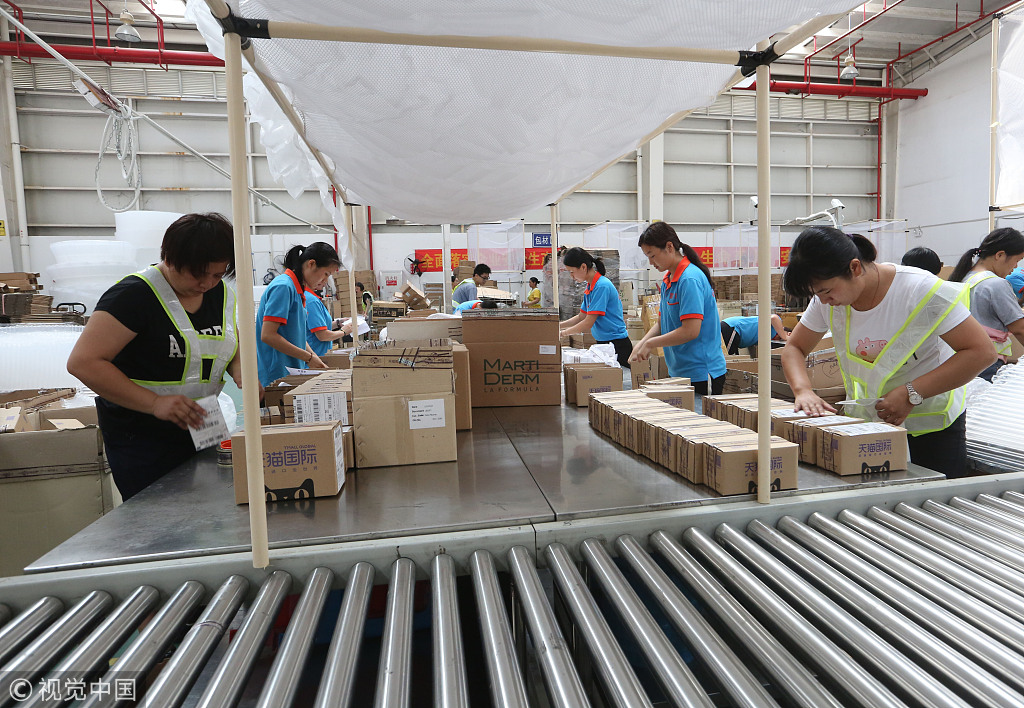 The import ratio was 22.9 percent with exports accounting for 77.1 percent, the report said. The research center also predicted that cross-border e-commerce will benefit from the strong growth of domestic demand for quality goods overseas.

B2B transactions accounted for 84.6 percent in the first half of 2018, with B2C at 15.4 percent. The B2B business model remains dominant, as its value chain is relatively long while meeting mass-based demand. National policies put B2B as an important business model for cross-border e-commerce development in the future.

Zhang Zhouping, a senior analyst at the China E-Commerce Research Center, said there are three major characteristics in the sector.

Second, the growth of export e-commerce has driven the transformation and upgrading of “Made in China”. With advantages established in both cost and scale, China's manufacturing industry is developing rapidly. The Belt and Road initiative and the capital market are also powering further growth.

Third, import e-commerce companies are expanding to offline businesses. Tmall International's first cross-border offline store opened in West Lake Yintai Store on April 20. NetEase Koala's first offline store was officially opened in the Hangzhou Tower Central Mall on April 28. Many imported cross-border e-commerce companies have expanded their business to offline channels. They are optimistic about the potential of brick-and-mortar stores, and expect to take the lead in the new retail, Zhang added.