A series of cultural exchange activities including exhibitions and seminars were held in Brunei's capital Bandar Seri Begawan on Thursday to boost China-Brunei cooperation. 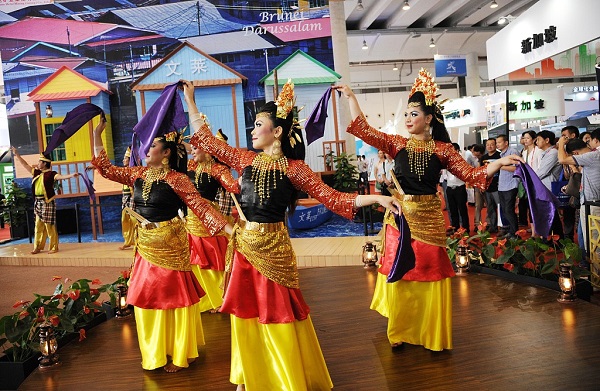 The launching ceremony of the Splendid Chapters of Silk Road Cultures exhibition and the Brunei special issue of China Report ASEAN Magazine was held in the capital.

The month-long exhibition showcases works from Chinese and Bruneian photographers, Chinese embroidery and porcelain. Glasses-free 3D and augmented reality (AR) technology are applied to give visitors a better experience.

China and Brunei are good neighbors, good friends and good partners, and exchanges and cooperation between the two sides have been enhanced with the development of the Belt and Road Initiative, Guo Weimin, deputy director of the State Council Information Office of China, said during the opening ceremony.

Guo hoped the exhibition can be a window for Bruneian people to better understand China and its development.

Chinese Ambassador to Brunei Yang Jian said at the ceremony that China is ready to work with Brunei to build the 21st Century Maritime Silk Road and achieve common prosperity.

On the same day, over 10 media organizations from both China and Brunei held a seminar to discuss cooperation in news report, social media, and documentary production, among others.

Meanwhile, the China-Brunei Friendly Exchange was also held on Thursday, during which entrepreneurs, scholars, celebrities and other people from both countries gathered to share their own stories of China-Brunei friendship.