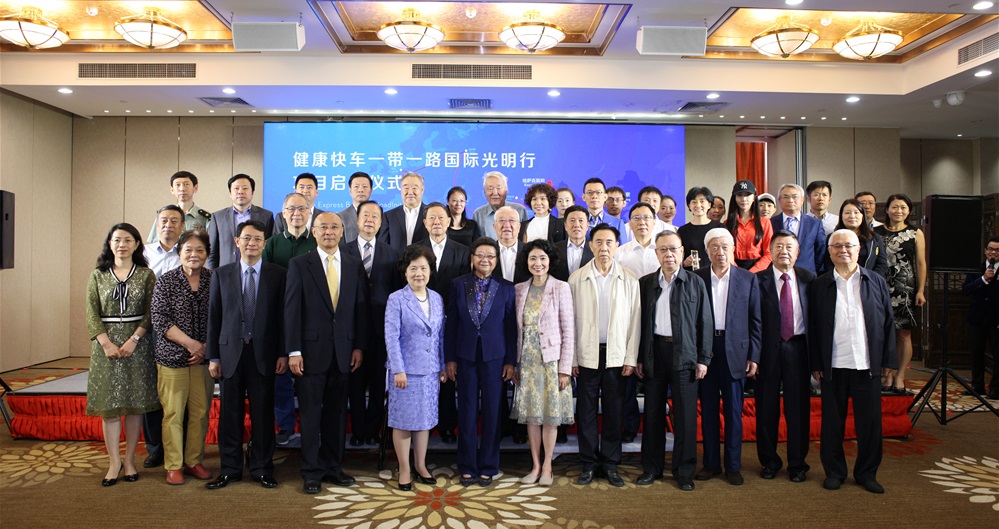 China has announced plans to send medical teams to provide free surgery to 3,000 cataract patients in six countries involved in the Belt and Road Initiative in the next three years.

Kazakhstan will be the first country to benefit from the program, with the other five still to be confirmed, the Chinese Foundation for Lifeline Express said.

Nellie Fong, head of the foundation, said the first medical team will head to Kazakhstan this month.

In addition to free surgery, she said, Chinese experts will also train two local doctors in each country to improve their treatment capabilities.

Under the program, China will help build Lifeline Express eye centers in the six countries.

"The medical aid is expected to bring a higher quality of life to more people in countries along the Belt and Road," said Li Mingzhu, an inspector with the National Health Commission's International Department.

According to Li, the other five countries will be jointly recommended by the foundation, the commission, the Ministry of Foreign Affairs and the Ministry of Commerce. Countries involved in the Silk Road Economic Belt and 21st Century Maritime Silk Road will be given priority.

To support the three-year program, the foundation launched a nationwide donation plan, aiming to collect a total of 28 million yuan ($4.1 million).

Since 2016, the foundation has sent medical teams to Sri Lanka, Myanmar and Pakistan, treating a total of 1,502 cataract patients.

"The patients were from the poorest places in those countries. Power supplies were unstable. Once we completed a surgical procedure even though we lost electricity eight times," said Zhao Chan, a doctor who was part of a team sent to Sri Lanka in 2016.

"The number of surgeries we can perform in a year is limited, but we aim to train local doctors during our visits, which will benefit more patients," Zhao said.

The foundation, established in 1997, has helped more than 197,700 people in China's 28 provinces and autonomous regions, and has built 80 Lifeline Express eye centers nationwide, which also provide training for doctors from local hospitals in the treatment of common eye ailments.

In April, four rainbow-colored trains, retrofitted as mobile hospitals and carrying high-tech surgical equipment and experienced doctors, departed Beijing on an eight-month mission to help thousands of people around China regain their sight.

This year's plan covers nine cities, as well as the Yili Kazak autonomous prefecture in the Xinjiang Uygur autonomous region.

Thanks to the medical help, friendships between China and countries associated with the BRI will be strengthened, according to Le Aimei, a poverty alleviation ambassador for the Foreign Ministry who works on public health issues.