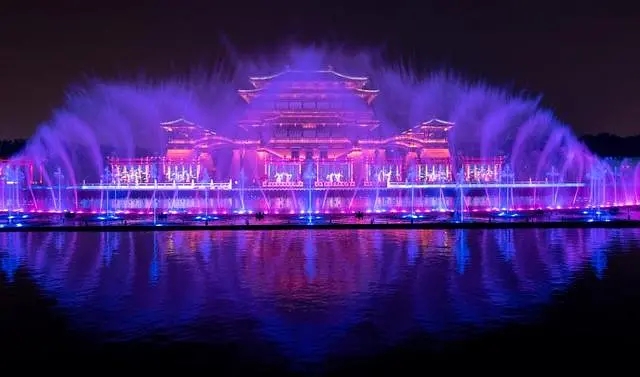 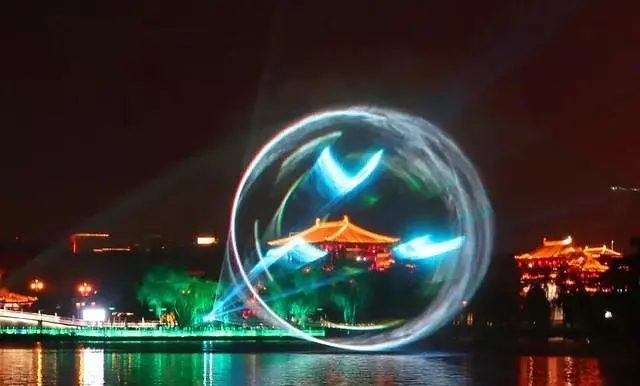 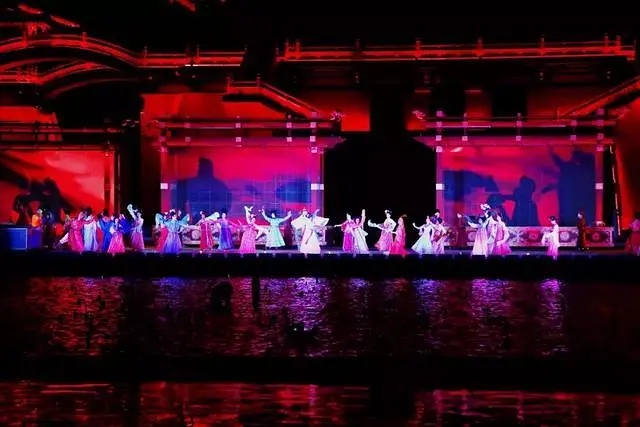 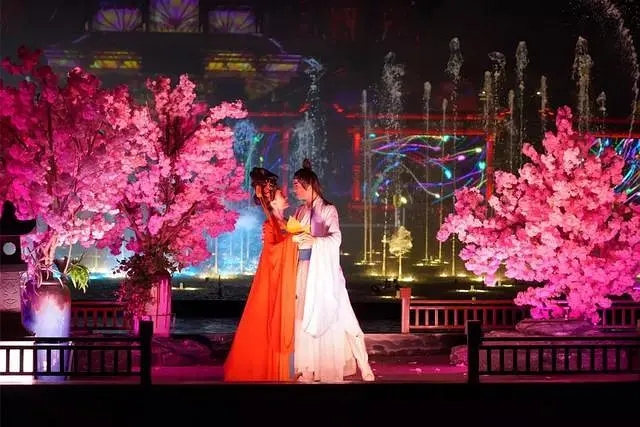 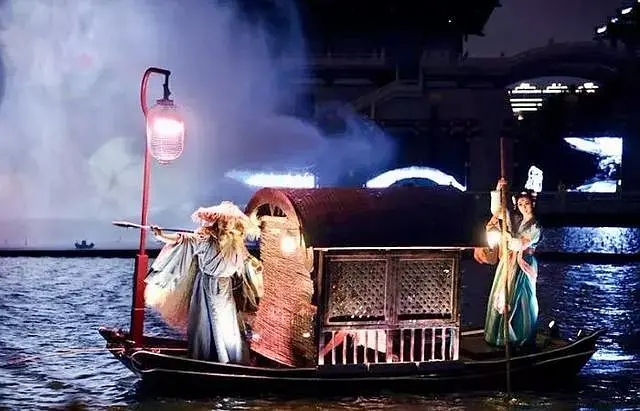 The long-anticipated large-scale water dance light and shadow show "Dreaming of Tang Dynasty" also officially resumed on March 28, once again pulling us into the prosperous Tang Dynasty magic night thousands of years ago.

When night falls, riding the ancient wind cruise boat to enjoy "Dreaming of Tang Dynasty", as if a moment into the prosperous period of the Tang Dynasty, the ultimate experience of the top light and shadow technology brings tourists immersive feeling.

On the 300 mu Furong Lake, a magnificent picture of human history and modern fashion is unfolding slowly in front of Ziyun building. It vividly demonstrates the poet's mind, the painter's feelings, the inclusive culture and the yearning imperial charm in the Tang Dynasty.

The auditorium adopts the form of "performance in the ship", with five cruise ships, each of which can take 160 people and 800 seats. Combined with the new performing equipment such as the real scene, fountain, projection, immersive surround sound in the park, tourists can enjoy the ancient scenery on both sides of the Strait while watching the performance, which is really a good enjoyment.

The show is based on Qu Jiang Shui as the feeling, Li Bai as the character, the "Jiang Jinjiu" as the keynote, and Li Bai's feelings of home and country as well as the wild feelings of embracing mountains and rivers. It explores the historical and cultural charm and the art of dance and music in Tang Dynasty, and completes the surreal visual experience and the beauty of culture and ink in the boat fairyland. Lead the tourists to experience the poet's mind, the painter's emotion, the inclusive culture and the imperial charming in the prosperous Tang Dynasty.