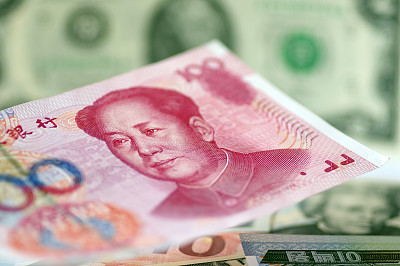 As China plans to further open up its market and promote free global trade and investment, the yuan is expected to play a greater global role.

China has done most of what it takes to pave the way for expanded usage of yuan globally, central bank governor Zhou Xiaochuan Friday told a press conference on the sidelines of the first session of the 13th National People's Congress.

Zhou estimated the drive will make further progress after China gradually makes its capital account convertible and ease other restrictions.

Chinese yuan's globalization journey generally started from piloting RMB settlement in cross-border trade in 2009 and picked up pace in 2016 when the IMF included the yuan in the basket of currencies that make up the Special Drawing Right, an alternative reserve asset to the dollar.

China has inked bilateral currency swap agreements with over 30 countries and regions since late 2008 to facilitate cross-border trade and investment.

The internationalization of the yuan had slowed down amid depreciation pressure since August 2015, when the People's Bank of China (PBOC) reformed the yuan's midpoint rate determination mechanism, but momentum picked up in 2017 with a stronger-than-expected yuan.

Data from international financial transaction agency SWIFT showed that about 1.66 percent of global payments processed in January were denominated in yuan, edging up slightly from the previous month but still lower than a record high of over 2 percent.

There have been signs that international institutions are warming to the Chinese currency.

In January, Pakistan's central bank adopted the yuan as a currency for trade with China. Central banks in European countries including France and Germany are including the yuan in their forex reserve mix.

MSCI's addition of Chinese mainland shares into its emerging market index, and connect programs between stock exchanges as well as bond markets in the mainland and Hong Kong, help international investors trade mainland assets. Crude oil futures in Shanghai will support yuan use in commodity pricing.

The Belt and Road Initiative will be a powerful force pushing the yuan to global stage since it boosts cross-border use of yuan, according to Cao Yuanzheng, chairman of BOCI Research.

To encourage use of yuan for cross-border trade and investment via the B&R initiative, the PBOC decided in January that income from investment, including profits and dividends, of foreign-funded companies could be transferred abroad freely via a cross-border yuan settlement scheme.

A survey by the Bank of China showed rising confidence overseas in the yuan over expectations of China's bolder opening-up in its financial sector. About 60 percent of the surveyed 3,000-plus overseas firms and financial institutions mulls using yuan or increasing its usage.

The use of yuan on digital platforms has been growing fast as Chinese mobile payment platforms like Alibaba's Alipay and Tencent's WeChat Pay keep promoting a cashless society, according to a SWIFIT report.

The building blocks for the internationalization of the currency are generally in place, and authorities plan to connect capital markets and other financial fields. But it will take time as the process of capital account convertibility will be carefully measured so as to prevent financial risks from undermining the economy, Zhou said.

The Chinese yuan's march on global markets will be a gradual process as it depends on the willingness of other countries on how much they would like to use the Chinese currency, Zhou added.

The rise of the yuan will bring about a more balanced and diverse international monetary mechanism and reduce risks from over reliance on one currency and geopolitical uncertainties, Cao added.