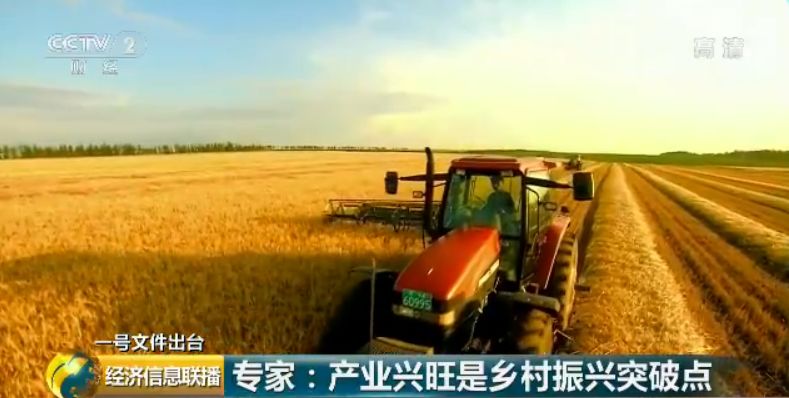 China on Sunday released a package of policies under the "No. 1 central document" of the year, charting the roadmap for the country's rural vitalization strategy.

There is quite a lot to be accomplished in the rural area where opportunities for development have arisen as the country enters a new era, said the document jointly released by the Central Committee of the Communist Party of China (CPC) and State Council.

The "No. 1 central document" is the name traditionally given to the first policy statement of the year released by the central authorities, and is seen as an indicator of policy priorities.

The strategy of rural vitalization was first proposed as one of the major aspects of developing a modernized economy in a report delivered to the 19th National Congress of the CPC last October.

In this latest document, the strategy was described as a "historic task" essential to accomplishing China's modernization goals and building a moderately prosperous society.

The timetable decided by the central authorities at a rural conference in December remains unchanged, but the objectives for different stages have become more specific.

By 2020, the strategy should have established an institutional framework and policy system. By then, no Chinese people will live under the existing poverty line, and rural productivity and agricultural supply will improve substantially.

By 2035, "decisive" progress shall be made, with basic modernization of agriculture and rural areas. All Chinese, either in cities or rural areas, will have equal access to basic public services. Urban and rural integration will improve.

By 2050, rural areas should have strong agriculture, a beautiful countryside and well-off farmers.

Han Jun, chief of the Office of the Central Rural Work Leading Group, said the document was "problem-oriented" and a "top-level design" for the country to achieve prosperity in rural areas.

"The document not only elaborates on the significance of the strategy, but also sets the tone, specifies the targets and policies and makes requirements for governments at lower levels," he said.

The document put a lot of emphasis on the need for proper planning. Local governments have been required to specify their plans according to the local reality, especially for the period from 2018 to 2022, and to coordinate policy-making in relevant spheres.

For instance, in well-developed villages, the priority may be on increasing public services. In villages with a long history and rich natural and cultural resources, development must be done along with protection.

In villages with harsh living conditions and a fragile natural environment, more efforts shall be taken in relocation.

The document also highlighted better governance and strengthened leadership of the CPC in the rural regions.

Stronger punishment should be imposed to stop corruption at the grassroots that harms the interests of farmers, especially those concerning rural subsidies, collective asset management and land acquisition.

As the Chinese economy is shifting toward high-quality development, China also aims for more competitive agriculture driven by higher productivity and better quality.

According to the document, China will have more high-standard farmland, install more efficient water conservation facilities, and use more advanced agricultural equipment.

Farm produce will face tougher quality tests while more efforts will be taken in the treatment of soil and water pollution.

Controls over the rural homestead plots and farmers' housing will be loosened moderately to push for new businesses and industries, but they should never be used for building country villas and private clubs, according to the document.

"This is not to encourage urban residents to buy rural properties, but rather to turn unused housing into places for rural tourism and old-age services," said Han Jun.

China will also expand exports of high-quality farm produce and broaden rural cooperation with countries and regions under the Belt and Road Initiative.

The package of policies also includes better education and medical services, green development, improved infrastructure and living facilities such as toilets, and more trainings and incentives to build a stronger team to support rural development.

This is the 15th year in a row that the "No. 1 central document" has been devoted to agriculture, farmers and rural areas.