Egypt boosts its prospects by joining Belt and Road 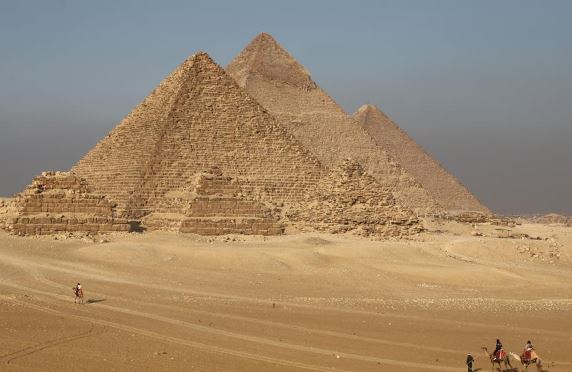 When China proposed the Belt and Road Initiative in 2013, Egypt was one of the first countries to join.

Egypt was suffering from a severe trade deficit and a sharp decline in foreign exchange reserves. It also needed to develop its infrastructure, especially ports and the Suez Canal economic zone.

China attaches great importance to developing China-Egypt ties. Both sides have maintained high-level exchanges and supported each other on issues concerning their core interests. The two countries make use of opportunities in infrastructure development and production capacity to jointly forge Egypt into a pillar country along the BRI route.

Egyptian exports to China achieved remarkable growth in the first eight months of this year compared with 2018. Egypt's citrus exports (especially oranges) to China rose to $134 million from January to August this year, a 65.8 percent year-on-year increase.

In January 2016, President Abdel Fattah el-Sisi signed a memorandum of understanding with China to jointly promote the BRI.

The most important Egypt-China cooperation projects include the Chinese industrial zone in the Gulf of Suez region, investments by Chinese company Sinopec in the Western Sahara, and Chinese investment in what will be the new administrative capital. Egypt is also cooperating with China for implementing an electric train project in the new capital.

Egypt is a focal point in the BRI for offering promising investment opportunities for Chinese companies.

The BRI boosts Chinese investment in Egypt through megaprojects. Egypt has always preferred to deal with Chinese companies on projects involving infrastructure, power stations, renewable energy and electric trains, among other things.

Egypt has also expanded the promotion of industrial investments from China, including the establishment of a textile industrial zone.

Egypt and China have come closer after establishment of the China economic zone, especially through the BRI, and relations between the two countries have been upgraded to strategic partnership level during the Egyptian president's visit to China.

The success of the Suez Canal economic zone can be gauged from the fact that many Egyptian investors are participating in the development of several other industrial zones in the economic zone.

The transfer of Chinese expertise in the management of economic zones to Egypt is one of the important factors that will help Egypt to succeed in the development of other economic zones.

The Suez Canal economic zone helped support cultural exchanges between Egypt and China, with representatives of many Egyptian institutions visiting the region, trying to understand the nature of Chinese work as well as various aspects of culture.

Egypt has joined the BRI as an opportunity to carry out crossborder connectivity, improve its level of trade and investment cooperation, and promote international cooperation in capacity and equipment manufacturing.

The author is first economist researcher at the Egyptian Ministry of Foreign Trade and Industry.

The author contributed this article to China Watch exclusively. The views expressed do not necessarily reflect those of China Watch.