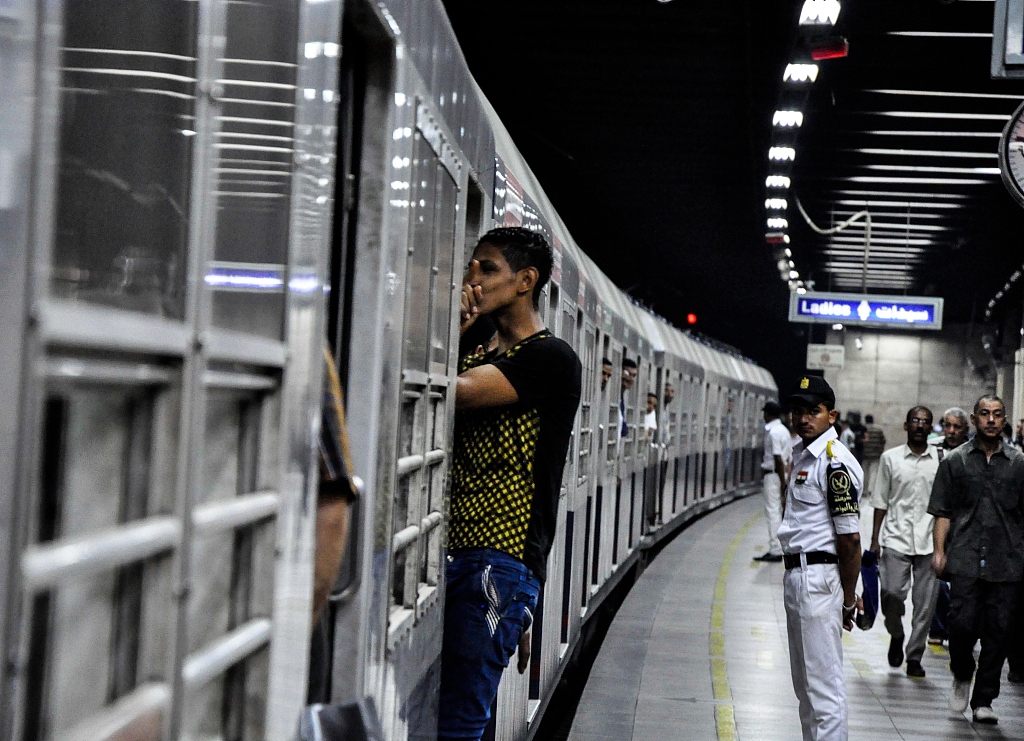 CAIRO, Oct. 20 (Xinhua) -- Egypt inaugurated on Sunday the Middle East's largest metro station in the capital Cairo as part of the country's plans to renovate the city's fastest means of transportation.

Egyptian Transportation Minister Kamel al-Wazir attended the official launch of operations of Heliopolis Station, a facility constructed on 10,000 square metres, according to a statement by the transportation ministry.

The minister said that the air-conditioned station is the largest subway station in Egypt, the Middle East and Africa, adding that the cost amounted to about 1.9 billion Egyptian pounds (116.8 million U.S. dollars).

Al-Wazir added that the government is determined to continue developing the subway network in accordance with the best international standards as it is one of the key solutions to reduce traffic congestion in the overcrowded city.

The station, which is on Cairo Metro's third line, is located in the middle of Heliopolis Square, one of the largest squares in the capital.

The 45-km-long third line is vital as it connects the east with the west of Cairo. It is also linked with the first and second lines. In addition, the third line will be also connecting Cairo with the new administrative capital through the electric train which is being currently built.

Over 3.5 million of Cairo's 21 million inhabitants rely on the metro network, one of the oldest in the Middle East and Africa, for their daily travel.

In 2018, Egypt raised the price of tickets on Cairo's underground metro, based on the length of each stop.

Commuters are now charged a base fare of 3 Egyptian pounds for the first nine stops, 5 pounds for up to 16 stops, and a maximum of 7 pounds for more than 16 stops.

The increase came amid accumulated losses of hundreds of millions of Egyptian pounds and a total deficit of 94 percent in the maintenance and renovation budget of the 2017-18 fiscal year for the metro system, which put the network at risk.