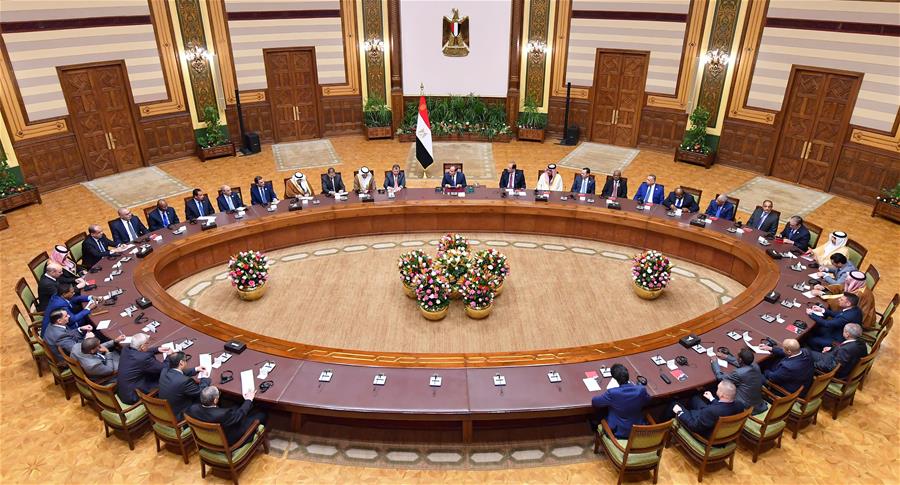 In a statement, Presidential Spokesman Bassam Radi said Sisi met with the heads of the Arab intelligence services who had participated in the Arab Intelligence Forum held in Cairo on Feb. 22-23.

During the meeting, Sisi highlighted the intensified crises and the successive challenges facing the region, noting the repercussions are reflected on the security and stability of the Arab countries and the future of their peoples.

He also underlined Egypt's support for all initiatives that would enhance cooperation between Arab countries in various fields.

Among the most prominent topics addressed during both the meeting and the forum were combating terrorism, extremist ideology and organized crime, according to the spokesman.

The meeting also tackled the ways to effectively confront these threats in a comprehensive manner that takes into account the developmental, social and cultural dimensions of Arab countries.

Hosted by the Egyptian General Intelligence, the two-day Arab Intelligence Forum was attended by heads of Arab intelligence agencies.