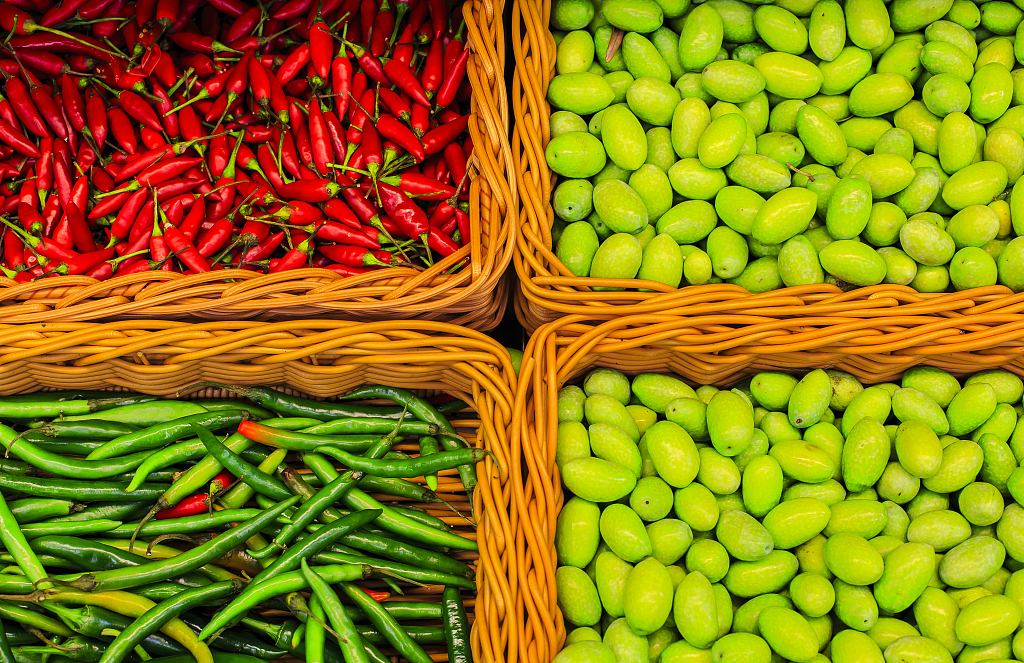 CAIRO, Aug. 25 (Xinhua) -- The mega project of greenhouses implemented by Egyptian government constitutes a qualitative leap in the history of agriculture in the country as it will play a major role in achieving food security for the most populous Arab country, Egyptian experts said.

Egypt is currently implementing a national project to establish more than 10,000 greenhouses on an area of 100,000 hectares in the governorates of Matrouh, Sharqiya, Ismailia, Fayoum, Beni Suef and Minya.

Egyptian President Abdel-Fattah al-Sisi has inaugurated the first and second phases of the project, which is being implemented by the National Company for Protected Agriculture, a subsidiary of the National Service Projects Organization of the Egyptian military.

Once the whole projected is completed by 2021, it will provide more than 1.5 million tons of vegetables and fruits annually.

The project includes the establishment of sorting and packaging stations, refrigerators for preservation, and a complex to produce seeds for many varieties of vegetables, as Egypt currently imports about 98 percent of its needs of vegetable seeds.

"The greenhouse project is definitely one of the most important agricultural projects implemented by Egypt," said Abdel-Hamid al-Demerdash, head of the Export Council for Agricultural Crops.

Al-Demerdash, who is also a member of the Egyptian parliament, said the importance of the project comes from saving water, a problem that Egypt has been suffering from decades.

He added that the greenhouse products will be available in the Egyptian market significantly, expecting that prices of vegetables will notably go down in the coming period.

"I believe that this project will help Egypt achieve self-sufficiency in vegetables and play a major role in achieving food security for the country," he stressed.

Al-Demerdash added that the greenhouses will increase Egyptian agricultural exports, pointing out that Egypt exports more than 4 million tons of fresh agricultural of vegetables and fruits annually.

"The greenhouse products will be of high quality because only pesticides are used," al-Demerdash revealed.

According to official statistics, the agriculture sector contributed about 11.7 percent to the country's GDP in 2017 and employs 25.6 percent of Egypt's total workforce.

Meanwhile, Sayyed Khalifa, head of the Agricultural Syndicate, said that the greenhouse project is "an important move in the history of agriculture in Egypt."

Khalifa pointed out that the yield of a greenhouse crop is five times bigger than that of out-door areas.

He noted that Egypt's population is increasing every year and projects such as greenhouses, animal production or fish farms, will contribute significantly to providing food to more than 100 million Egyptians.

The expert said that the prices of agricultural products in Egypt have been unchanged for almost a year thanks to the availability made through these projects.

"I expect the prices of vegetables and fruits will further decline when the greenhouse products are available at the Egyptian market," Khalifa said.

To boost the development of Egypt's modern agriculture, China is currently providing its greenhouse technologies through the construction of hundreds of greenhouses in the North African country.

China SINOMACH Heavy Industry Corporation (SINOMACH-HI) has finished the construction of 600 greenhouses that turned 1,000 hectares of desert land into a green world of fresh fruits and vegetables in the 10th of Ramadan City, some 90 km northeast of Cairo.

Under SINOMACH-HI's modern agricultural greenhouse project in Egypt, 2,350 greenhouses are currently being constructed on an area of 3,900 hectares in Abu Sultan village of Egypt's northeastern province of Ismailia.