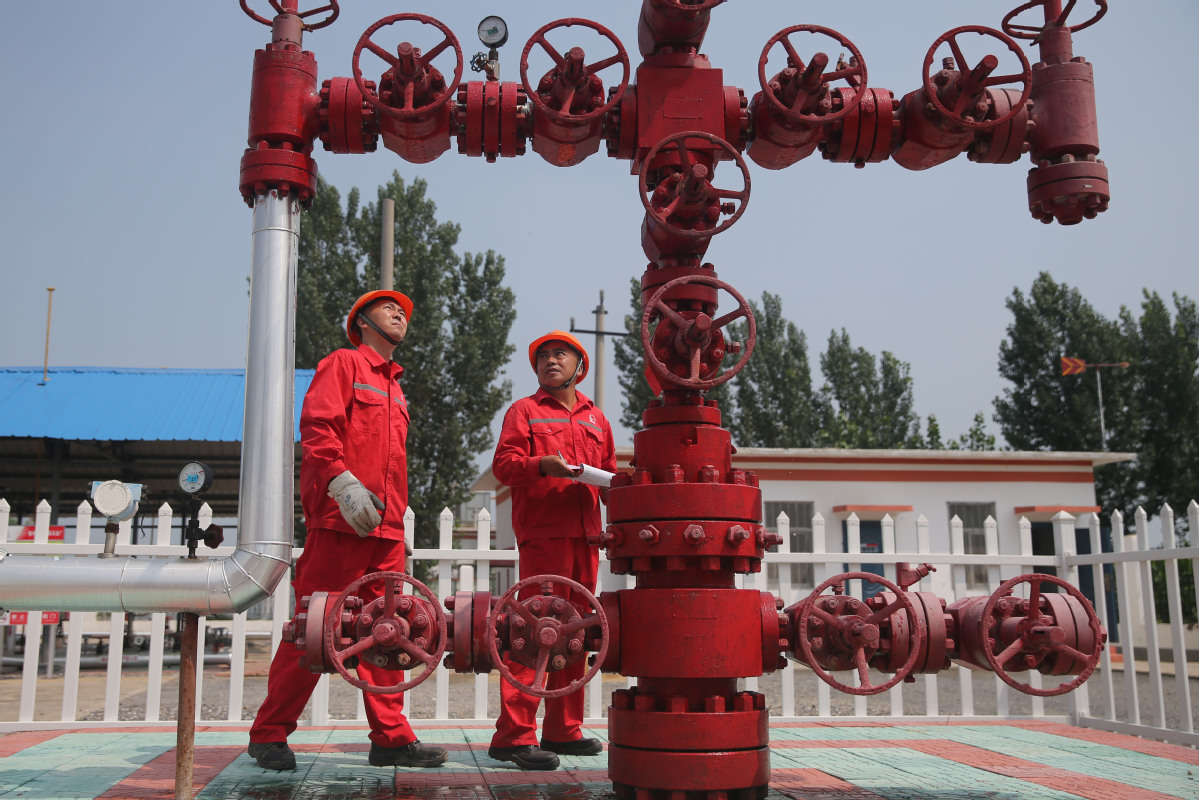 China has made steady progress in ensuring stable energy supplies in the first three quarters of this year, an official said on Tuesday.

Song Wen, deputy head for development and planning at the National Energy Administration, said at a news conference that China has made positive progress in increasing oil and gas production and reserves, advancing coal capacity, and ensuring power supply.

According to Song, production of crude oil reached 143 million metric tons in the first nine months of this year, up 1.2 percent year-on-year, the first increase after a three-year slump.

China's ability to ensure power supply has also improved in the first three quarters of this year, according to Song.

Up to the end of September, nonfossil energy accounted for 37.2 percent of China's installed 6,000-kilowatts and larger generating units, up 0.8 percentage points compared with the same period last year.

Song explained that China was on a fast track transforming its energy consumption into one that is more green and low carbon.

Song also noted that China has been optimizing its power consumption structure. Power consumed in the secondary sector accounted for 67.1 percent of total consumption, down 0.9 percentage point from the same period in 2018.

Power consumed in the tertiary and residential sectors accounted for 16.8 percent and 15 percent of total consumption, up 0.7 and 0.2 percentage point respectively.

"It is a positive sign that China is heading towards more energy-efficient production and is switching more of its economic activities to those in the tertiary sector from the secondary sector. But China still has a long way to go in economic development of the tertiary sector compared with some developed countries," said Lin Boqiang, head of the China Institute for Studies in Energy Policy at Xiamen University.