Enjoy the taste of Helan Mountain wine in Ningxia 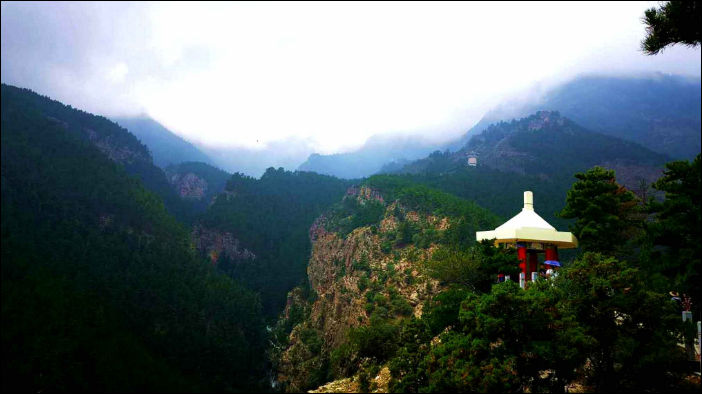 China's northwestern Ningxia Hui Autonomous Region, with its unique climate and geographical features, has grown into a burgeoning wine production region. In 2013, when the New York Times listed Ningxia at No. 20 on its list of the top 46 places to visit, it specifically mentioned the region's wine industry as a major attraction.

After spending a night on a special wine tasting railway express heading west from Beijing, we arrived in Yinchuan, the capital city of Ningxia.

Falling in between 30 to 50 degrees latitude, the narrow corridor of wine production between the Helan Mountains and the Yellow River stretches across several cities in northern Ningxia including Yinchuan.

Getting off the train, we drove directly to the chateaus which were on the outskirts of the city.

Looking out the window, I could see a large mountain range in the distance. Located in the northwest of Ningxia Province, the Helan Mountains act as a screen that stops sandstorms coming from the Inner Mongolian Tengger Desert. The Yellow River provides water for this arid region, which receives only 200 millimeters of precipitation annually.

Most wineries scattered along the corridor are not far from the city.

"So far, there are 86 chateaus in this region, with another more than 100 about to be built. Roughly 120 million bottles of wine are produced annually with an output value of more than 20 billion yuan (US$3 billion)," Wang Li, our liaison from a local wine trading center, told me.

Some world famous wine brands such as LVMH, which makes the world's top sparkling wine, and Pernod Ricard have invested in this region. Leading domestic brand Changyu and Great Wall have also built their own wineries.

Our first stop was the Chateau Changyu Mooser XV. Stepping through the gate, a French-style castle came into view. On either side of a fountain decorated with numerous sculptures, we could see vast vineyards. The castle also acts as a museum, with a wine cellar in the basement and a workshop that showcases wine bottle labeling and the capping process. Chateaus like Changyu are popular tourist spots great for shooting wedding photos.

Besides those well-known corporate brands, smaller private companies are also exploring potential opportunities here. Owning a vineyard is a good place to start before deciding to further invest in expensive equipment such as a distiller.

I got a chance to visit one of these vineyards located right at the foot of the Helan Mountains and had my first grapevine planting experience.

It was hard work as the sandy and rocky soil meant that I was constantly coming across big rocks as I dug in with my shovel. One rock was as big as my fist.

"The benefits Ningxia has for the wine industry is hard to see today as it is cloudy, humid and has been raining," Richie O'Donnell, a wine consultant from New Zealand, said while he was taking a break from adjusting a 2-million-yuan Italian-made wine distiller that sat on the back of a truck.

A morning rain shower had left the temperature feeling cozy and the leaves of the grape vine looked a brilliant green.

"In general the weather is quite dry here. There is no disease pressure. Grapes hate humidity; the places in the south have so much more humidity than here," O'Donnell noted.

This is the second year that O'Donnell has worked for the Chateau Lanny. He also has been in other wine-producing regions such as Shandong Province on the east coast of China.

"The wine industry in Ningxia is definitely the most promising in China. It will take years, but it is getting there," he said.

He also told me the reason they put the equipment on the truck is so they can move around different vineyards to process wine into bottled wines. Because many chateaus in the area are still just getting off the ground, they can't distillate wine without outside help.

At the wide vineyard of the stone-adorned Chateau Yuanshi, the grapevines were trimmed in such a way that the grapes were only 20-30 centimeters off the ground. I bent over and grabbed a small purple Cabernet Sauvignon grape and put it in my mouth. The sweet and juicy flavor was incredible.

"Wine production in the region makes decent Cabernet Sauvignon and Chardonnay. Marselan is also a potential highlight," Li Ruyi, a wine expert who has been a judge at the International Wine Challenge and CMB, told me at a wine-tasting event during the last part of my trip. As a student of professor Li Hua, a pioneer who established one of China's earliest wine colleges, Li has the same dream and passion to develop China's wine industry as her mentor.

Having earned a PhD in wine science and business from the University of Adelaide in Australia, Li became a lecturer at the Wine College in Ningxia University. She hopes that through education, more Chinese can get to learn about wine and therefore make it part of everyday life throughout the country.

Ningxia is also famous for its lamb dishes. Dry red with smooth tannins or dry white is a great match for tender boiled or steamed lamb chops. Chewy dry red can go with roasted lamb.

The dry red wine produced here possesses fruity flavors such as black plum, cantaloupe, mulberry and so on.

The region has integrated the wine industry with tourism. Most of the wineries have hotels and restaurants and even provide wedding services.

If you are a wine lover and would love to get away from the scorching summer heat, this area is a must-go. Ningxia used to be a stop on the ancient Silk Road, through which grape cultivation and brewing techniques were brought to China. Now, it is a key region in the Belt and Road Initiative, which is allowing this hidden gem to shine again.