China's Foreign Ministry on Wednesday slammed a media report that distorted China-Africa cooperation by suggesting that China's investments in Africa create a "debt trap," saying that support and recognition from African leaders and people are the strongest rebuttal to such absurd accusations. 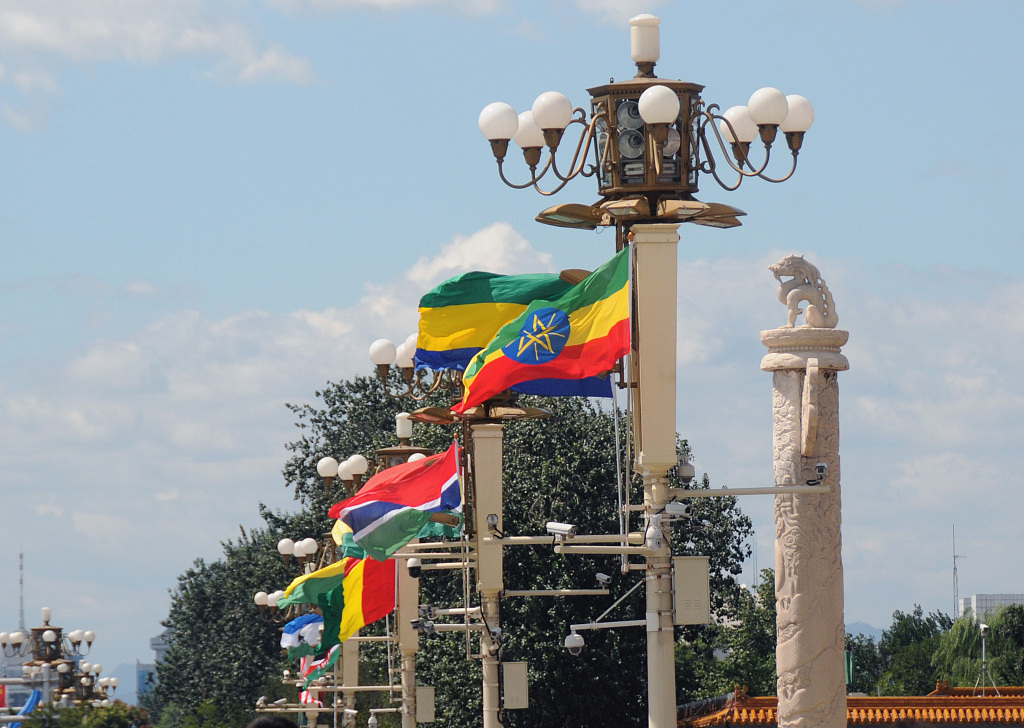 National flags of African countries are seen at the Tiananmen Square on Sept. 3, 2018. (Photo: VCG)

A report on Saturday by a British magazine, The Economist, said that some Africans suspect China lends countries more than they can repay on purpose in order to seize strategic assets and worry about this may lead to a so-called debt trap imposed by China.

Asked about the report at a routine press conference on Wednesday, Geng Shuang, spokesperson for the Chinese Foreign Ministry, said that African countries and people have the best idea about whether cooperation between China and Africa is beneficial or not and noted that reports with cooked up stories about debt traps should stop.

During the just-concluded G20 summit in Japan, African leaders spoke highly of the achievements of China-Africa cooperation and expressed hopes that the two sides will further strengthen cooperation and make a greater contribution to Africa's sustainable development, Geng noted.

Leaders from Africa also refuted the debt trap claims at the Beijing Summit of the Forum on China-Africa Cooperation (FOCAC), and declared that such prejudices should be condemned, according to huanqiu.com on June 25.

"State debt issues are extremely complicated, and need objective analysis," Zhang Jianping, director general with the Institute of West Asia and Africa under the Ministry of Commerce, told the Global Times on Wednesday.

Countries that get into debt trouble have all experienced long-term financial problems, Zhang said, and it is not logical to blame their plight on one lender, especially when the accusations come from countries that have also made investments in Africa.

China has been committed to strengthening investment and financing cooperation with Africa based on local needs, as well as helping African countries to improve infrastructure and accelerate economic development, Geng noted.

"China has carried out many cooperation projects with African countries, and there are numerous successful cases. In this process, it is understandable that some problems might occur in the marketization of individual projects," Geng said.

By the end of 2018, China Development Bank (CDB), as the main cooperative bank for foreign investment and financing, had provided over $60 billion in financing to nearly 500 projects in 43 African countries, supporting a large number of key projects in infrastructure sectors, according to a report by cnr.cn on June 24, citing Zhang Xuguang, deputy governor of CDB.