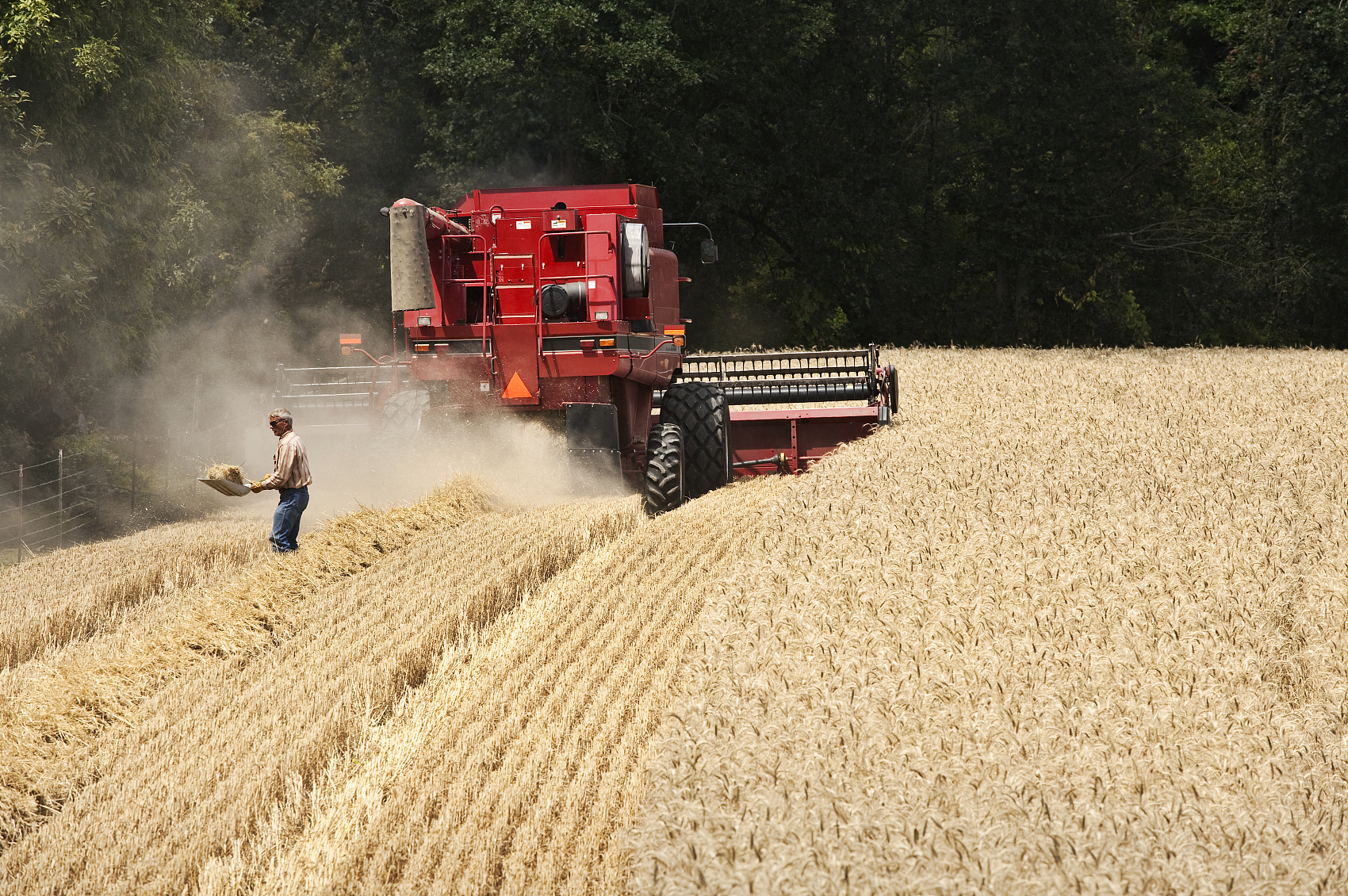 
HARBIN, Feb. 7 (Xinhua) -- As spring is just around the corner, Chinese farmers in northeast China's breadbasket province of Heilongjiang are preparing for this year's season, which comes with even more responsibility to ensure the national grain supply due to the novel coronavirus outbreak.

As the first policy statement released by China's central authorities each year, the document is seen as an indicator of policy priorities. It also released a clear signal for farmers about the goals for the new year in agricultural production.

Although spring farming in the province has not yet started, Du Yadong, president of a local agricultural cooperative in Lanxi County, has been working around the clock the create the year's farming plan.

The cooperative members cannot gather for a meeting in view of epidemic prevention, but they still keep in touch via online group chats.

"I've been talking with the farmers online about land circulation," said Du.

Du's cooperative had ordered seeds and 1,000 tonnes of chemical fertilizer. He hopes the epidemic can come to an end soon and the reserved agricultural materials can be transported.

The unexpected virus breakout has slowed down grain sales in Heilongjiang. The province has decided to extend the deadline of the preferential policy of rice purchasing to ensure that farmers would not be seriously affected by the epidemic.

As a major distribution channel of the province's agricultural materials, the Heilongjiang Supply and Marketing Cooperative (HSMC) is stocking goods to ensure supplies and stabilize prices for the market.

The company has a total of about 2 million tonnes of chemical fertilizers ready for the upcoming spring farming, said Qi Xieli, general manager's assistant of the company.

Sun Xiaohui, director of HSMC's economic development department, said HSMC has opened the online order function this year, and farmers can order materials without going out and receive goods at their doors.

Epidemic prevention and agricultural production are two significant tasks, and farmers will soon be informed of a series of instructions on spring farming and epidemic prevention, said Jiang Qinghai, an official with the provincial department of agriculture and rural affairs.