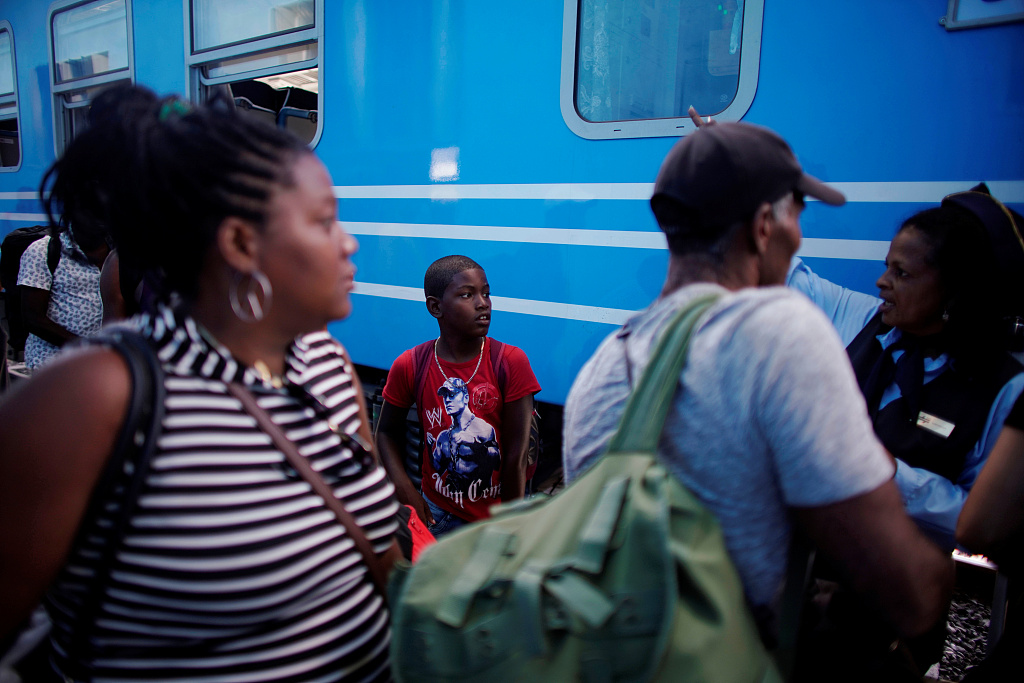 "For family reasons, I have been back and forth twice to Ciego de Avila and have always had a quiet and even a pleasant trip," Gordillo told Xinhua.

Gordillo was not the only one who benefits from the new trains. Three months after being put into service, the four 12-railcar Chinese-built trains have carried around a quarter of a million Cubans along the key route linking the easternmost town of southeast province of Guantanamo with Cuba's capital Havana.

"Since the launch of the new national trains on July 13, 233,107 passengers have been transported," said Luis Roses, director of the Business Division at Cuba's National Passenger Trains company.

Long, narrow and mostly flat, Cuba is ideally suited to rail systems. The Caribbean island was the first country in Latin America, and one of the first in the world, to have rail service beginning in 1837 with a 27-km line built to serve Cuba's sugar industry.

As part of a program to modernize Cuba's aging railway network, the four Chinese trains are now offering nationwide service to the local people, and more and more Cubans have relied on these trains as their key means of cross-country transportation. These four trains have almost doubled the passenger capacity of the previous seven trains, which were acquired secondhand and have been retired after four decades of service.

And more Chinese-built trains are on the way. Thanks to a soft loan from China payable over 15 years, Cuba purchased a total of 240 railcars, which are to be delivered in batches of 80 each year through 2021.

Each train, built particularly to meet local conditions and needs, as well as international transportation standards, can accommodate up to 720 passengers, a feature new to Cuba.

Zhao Jun, vice president of the China National Machinery Import and Export Corporation (CMC), the manufacturer of the new trains, has told Xinhua that the company has been working with Cuba's Ministry of Transportation for several years to help modernize Cuba's rail system.

"We are willing to help Cuba modernize the system and improve the quality of the country's transportation," said Zhao.

The CMC has also provided spare parts, specialized equipment for repairs and technical assistance to Cuba.

"Thanks to cooperation ties with China, today Cuban transportation can enjoy the operation of these trains," Cuban Deputy Transportation Minister Marta Oramas said.