CAIRO, Sept. 25 (Xinhua) -- The number "70" was standing tall in red balloons at the entrance of a large hall at a hotel in downtown Cairo where the Chinese embassy in Egypt held on Wednesday evening a festivity to mark the 70th anniversary of the founding of the People's Republic of China (PRC). 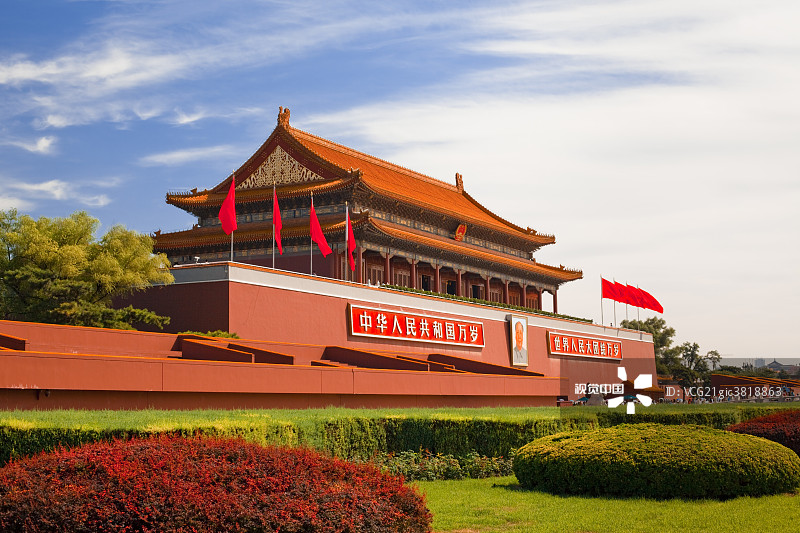 Hosted by Chinese Ambassador to Egypt Liao Liqiang, the ceremony was attended by hundreds of guests including Chinese, Egyptian and foreign diplomats.

After the celebration started with the national anthems of Egypt and China, the Chinese ambassador welcomed the attendees and hailed the historical ties between the two countries, which have been elevated to the level of the comprehensive strategic partnership.

"China and Egypt are hand in hand. The comprehensive strategic partnership between the two countries is deepening, and cooperation in various fields is booming," Liao said.

"In the past 70 years, China has created miracles one after another in the history of development of humankind," he added, referring to China's struggle to overcome the challenges of blockades, sanctions and poverty until it managed to establish "a new country that is dignified and peaceful."

Cooperation between China and Egypt has been growing over the past few years in joint infrastructure and industrialization projects in Egypt under the Belt and Road Initiative (BRI) proposed by China in 2013, which seeks mutual development of participating states via win-win partnerships.

First Deputy Speaker of Egypt's Parliament Al-Sayed al-Sherif said during the festivity that "Egypt looks with admiration at the fast-growing and incredible development achieved and being achieved by the People's Republic of China."

He added that Egypt witnessed the first step of China's journey of success when Egypt was the first Arab and African state to establish diplomatic relations with China in 1956, stressing that "Egypt was also among the first states that supported the BRI that boosts international cooperation."

At the entrance leading to the main hall, a photo exhibition was held to tell the guests in pictures and captions the story of China's development over the past seven decades.

Entitled "The Chinese International Photo Exhibition in Celebration of the 70th Anniversary of the Founding of the People's Republic of China," the gallery showed black-and-white and colored photos of historical Chinese conferences and speeches of Chinese leaders.

Ahmed Waly, vice chairman of the Egyptian-Chinese Friendship Association, hailed the growing ties of friendship between Egypt and China, extending congratulations to the Chinese people on this special occasion.

"I have been vice chairman for this friendship association for about 24 years now, through which I have been seeing the development of China and its growing relations with Egypt," the Egyptian former ambassador told Xinhua, hailing "the amazing progress achieved by China in all fields over the past seven decades."