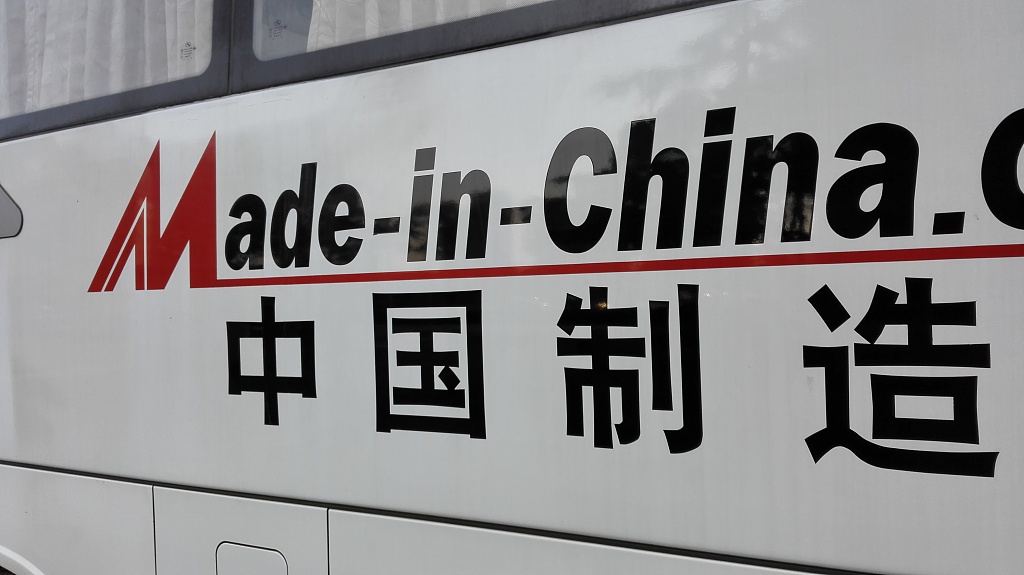 CAIRO, Aug. 15 (Xinhua) -- "Guangzhou" was written in large blue Arabic letters on the storefront sign of a mobile phone shop in a populous neighborhood south of the Egyptian capital Cairo.

"I chose to name my store as Guangzhou because all smartphone accessories come from China's big city of Guangzhou, including screens, screen protectors, covers and others," Ali Mandour, the store owner, told Xinhua.

"Chinese-made products in general and phone accessories in particular are gaining more popularity in the Egyptian market because of their good quality and cheaper prices," the man in his 30s explained.

Meanwhile, Adel Muawad, a driver in his 50s, was taking a look through the storefront before he came in with a Huawei mobile phone and asked to change its screen protector.

"Huawei phones have become very popular over the past seven or eight years," Muawad said, referring to himself as "a veteran Huawei user."

"The good thing about Huawei phones is that they are very practical and they have configurations that can fit both businessmen and ordinary users. I believe 99 percent of the products in Egypt now are made in China," he added.

Sayyid Mohamed, a 44-year-old carpenter who was having a cup of tea at the opposite coffee shop, said he prefers Oppo mobile phones because of their "very high configurations and the very good speed provided by their processors."

"Oppo is very popular in Egypt now as a valuable, economic and practical brand that can be compared with any other popular brands in the world," he said.

In Huawei Developer Conference 2019, held earlier in August in Dongguan city of the southern Chinese province of Guangdong, the company said 100 million active users outside China enjoy its mobile services.

"Huawei is now a big name not only in the Egyptian market but worldwide. It has already been one of the world's most famous networking companies before it produces mobile phones," said Hussein Mohamed, a salesman at Huawei store of City Stars classy mall in Cairo.

He noted that Xiaomi has about 15 branches across Egypt, highlighting Xiaomi's belief that marketing through the satisfaction of current customers is much more important than advertisement and publicity.

"We're working on opening five other branches this year and we also have 2,000 authorized distributors in all Egyptian provinces," Amer told Xinhua.

Ahmed Khalifa is a lawyer in his 30s, who was shopping at the Xiaomi store to find a newer version of his Xiaomi mobile phone.

"I have a Xiaomi phone now and I am here to get a new one," he said.

"I have been to Germany and Saudi Arabia. Chinese products are number one there too, not only here in Egypt," the lawyer told Xinhua.

The growing popularity of Chinese products in Egypt is not restricted to mobile phones and their accessories, as proven by the large number of customers seen at Miniso store in City Stars mall.

Miniso sells more than 12 different products, including bags, caps, socks, toys, sunglasses, car phone-holders and other accessories. They are all made in China.

"The Chinese products are becoming more popular in Egypt with a very good reputation. I have no problem at all buying a Chinese product, and I know many friends who own Huawei and Oppo mobile phones," said Maria Mamdouh, a young woman in her late 20s, while shopping at Miniso.

"The Chinese products have various attractive designs, with high quality and affordable prices," she added.

"Economic cooperation between China and Egypt has a rapid growth in the past five years. Last year, we have 13.8 billion U.S. dollars of bilateral trade," said Han Bing, minister counselor for economic affairs at the Chinese embassy in Egypt, during the ceremony.

"Konka is a new Chinese respectful brand and a new plus for Chinese products in Egypt," Mostafa said.

"Throughout history, Egypt and China have always been close friends, which facilitates a lot of economic and commercial affairs between them," he told Xinhua.