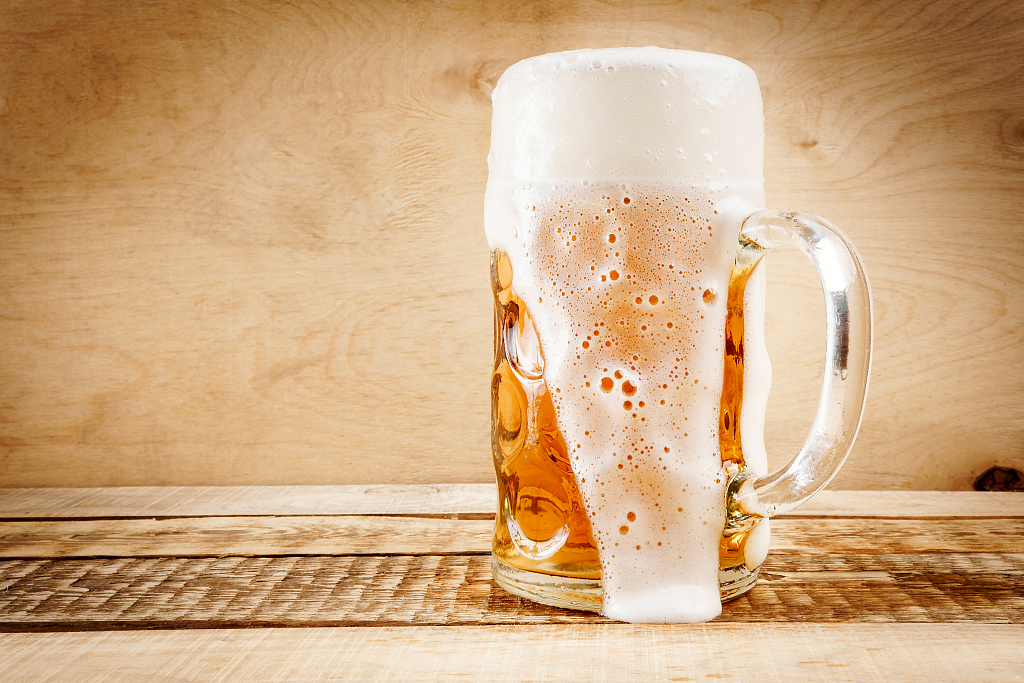 WARSAW, Aug. 18 (Xinhua) -- Increasing numbers of beer fans are heading to Warsaw, putting the spotlight on a city where craft beer tourism is booming for the first time.

Aside from the vibrant delights of the historic city, visitors are enjoying the brewery-owned bars, where they can sample some of the country's best beer.

"When visiting Warsaw you must definitively go to Nowogrodzka Street in the Center," local brewer Rafal Kowalczyk told Xinhua.

He said whilst drinkers can find good quality craft beer in Germany or the Czech Republic, the markets are divided between traditional and new-wave beers consumers.

"That is the biggest difference between Poland and some other, more traditional countries. But this is our advantage, craft beer can just fulfill the emptiness after tasteless light lagers," Kowalczyk explained.

For British journalist Matt French, who describes himself as a "seasoned beer connoisseur", London remains high on his list for the best craft tipple.

"But, I think there is space for Poland," he told Xinhua. "There has been a little slowing of the craft beer trade recently, especially in Britain."

Meanwhile, for Kowalczyk, who owns the Jabeerwocky brewery, times are good. In recent years, he's become one of Poland's most respected beer judges and is not surprised Warsaw has become a craft-beer drinker's haven.

"I have always known that Warsaw and Polish market, in general, is worth consideration to come over here for a pint of good quality craft beer," he said.

He is now planning to put his beer on the international map, including, hopefully in China.

"There is great interest in other cities in Poland and also abroad," he said. "Recently we've been planning Berlin, but who knows perhaps there will be interest in China also, where our trademark has been just registered."

Although Warsaw is new to the thriving independent beer culture, Matt French said he thinks the trend will grow. "When you have customers, interest, and expertise, craft beer can blossom."